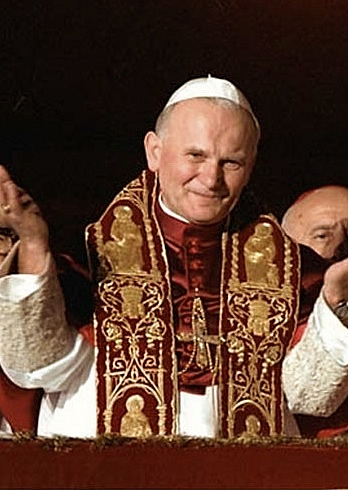 YES, I know John Paul II often said, “Be not afraid!” But as we see the Storm winds increasing around us and waves beginning to overwhelm the Barque of Peter… as freedom of religion and speech become fragile and the possibility of an antichrist remains on the horizon… as Marian prophecies are being fulfilled in real-time and the warnings of the popes go unheeded… as your own personal troubles, divisions and sorrows mount around you… how can one possibly not be afraid?”

The answer is that the holy courage St. John Paul II calls us to is not an emotion, but a divine gift. It is the fruit of faith. If you are afraid, it may be precisely because you have not yet fully opened the gift. So here are five ways for you to begin walking in holy courage in our times. (These five means are also “hidden” in a homily Pope Francis gave during the dark hours of Easter Vigil in April, 2013)…