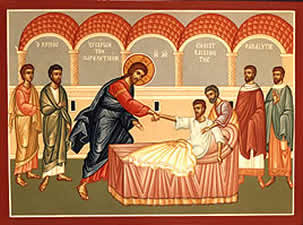 AS I walked the aisle to Communion this morning, I felt as though the cross I was carrying was made of concrete.

The men who lowered the paralytic through the ceiling into Christ’s presence did so through hard work, faith, and perseverance. But it was only the paralytic–who did nothing but gaze at Jesus in helplessness and hope–to whom Christ said,

“Your sins are forgiven…. rise, pick up your mat, and go home.” 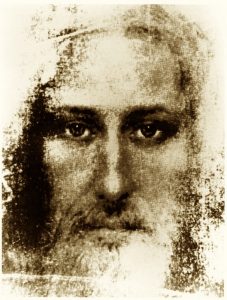 CHRISTIANITY is not an ideology; it is a face.

And the face is Love. 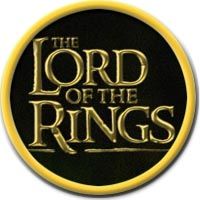 I WAS passing by the TV as my children were watching “Return of the King”—Part III of The Lord of the Rings—when suddenly the words of Gandolf leapt straight from the screen into my heart:

Things are in motion which cannot be undone.

I stopped in my tracks to listen, my spirit burning within me:

…It’s the deep breath before the plunge……This will be the end of Gondar as we know it……We come to it at last, the great battle of our time…

Then a hobbit climbed the watchtower to light the warning fire—the signal to alert the peoples of middle earth to prepare for battle.

God has also sent us “hobbits”—small children to whom his Mother has appeared and charged them to set the fires of truth ablaze, that light may shine in the darkness… Lourdes, Fatima, and more recently, Medjugorje come to mind (the latter awaiting official Church approval).

But one “hobbit” was a child in spirit only, and his life and words have cast a great light across the entire earth, even into the dark shadows:

We are now standing in the face of the greatest historical confrontation humanity has gone through. I do not think that wide circles of the American society or wide circles of the Christian community realize this fully. We are now facing the final confrontation between the Church and the anti-Church, of the Gospel and the anti-Gospel. This confrontation lies within the plans of divine providence. It is a trial which the whole Church . . . must take up.  —Cardinal Karol Wotyla who became Pope John Paul II two years later; reprinted November 9, 1978, issue of The Wall Street Journal 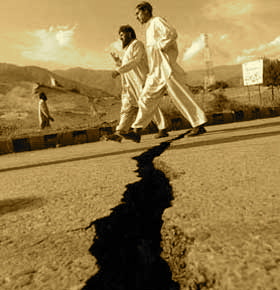 AFTER Confession today, the image of a battlefield came to mind.

The enemy fires missiles and bullets at us, bombarding us with deceptions, temptations, and accusations. We often find ourselves wounded, bleeding, and disabled, cowering in the trenches.

But Christ draws us into the Bunker of Confession, and then… lets the bomb of his grace explode in the spiritual realm, destroying the enemy’s gains, reclaiming our terrorities, and re-outfitting us in that spiritual armor which enables us to engage once again those "principalities and powers," through faith and the Holy Spirit.

We are in a war. It is wisdom, not cowardice, to frequent the Bunker.

Should be a parable of the eternal one.