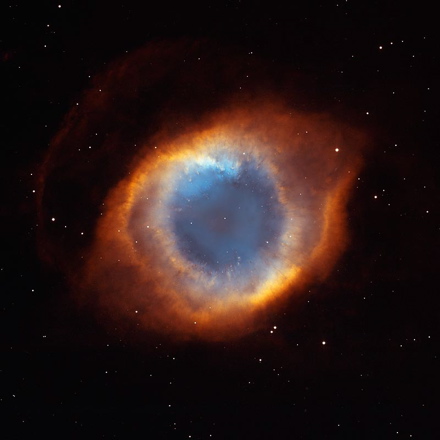 THE destruction is, what one local resident described to me as of "biblical proportions". I could only agree in stunned silence after seeing the damage of Hurricane Katrina first hand.

The storm occurred seven months ago–only two weeks after our concert in Violet, 15 miles south of New Orleans. It looks like it happened last week.

Piles of garbage and debris line virtually every street for miles, through parish after parish, city after city. Entire two story homes–cement slabs and all–were picked up and moved to the center of the street. Entire neighborhoods of brand new houses have disappeared, without a trace of debris. The main Interstate-10 is still lined with destroyed vehicles and boats carried from God knows where. In St. Bernard Parish (county), most of the neighborhoods we drove by have been abandoned, including luxury homes in relatively decent condition (there’s no power, no water, and few neighbors for miles). The church where we performed had mold crawling up the walls to where 30 feet of water stood at its peak. The pristine lawns throughout the parish have been replaced by weed strewn yards and salt covered sidewalks. Open pastures, once dotted with cows are now grazed by twisted vehicles plopped dozens of yards away from any roads. 95 percent of the businesses in St. Bernard parish are completely destroyed or closed. Tonight, our tour bus is parked beside a church whose entire roof is missing. Don’t know where it is, except for one section which is lying in the front yard next to the twisted hand rails and gutted church buildings.

So often as we drove by the carnage, it felt as though we were traveling through a third world country. But this was America.

As I sat discussing our day with my wife Lea and companion, Fr. Kyle Dave, it dawned on me: this is only one of three disasters of "biblical proportions" in only one year. The Asian Tsunami literally shook the earth’s foundations, killing over 200 000. Pakistan’s earthquake killed over 87 000. But then, Australia was just hit with a category 5 storm; Africa is now experiencing what experts are calling the worst drought they’ve ever seen; the Polar ice caps are rapidly melting threatening entire coastlines; STD’s are exploding in some nations, including Canada; the next world-wide pandemic is expected any day; and radical Islamics are seriously threatening to rain nuclear disaster on their enemies.

As Fr. Kyle says, "To see what’s happening around the globe, and to deny there’s something going on, one has to be S.O.S. — stuck on stupid." And you can’t blame it all on global warming.

So, what is going on?

The image I have in my head is that of seeing my children born. In each case, we did not know the gender. But we knew certainly that it was a baby. So too, the air seems pregnant, but with what precisely, we don’t know. But something is about to give birth. Is it the end of an era? Is it the end of times as described in Matthew 24, of which our generation is certainly a candidate? Is it a purification? Is it all three?

There has been an explosion of dreams and visions among friends and colleagues alike. Recently, three traveling missionaries I know each had a dream of being martyred before the Blessed Sacrament. Not until one of them disclosed the dream, did the other two realize they had also had the same dream.

Other’s have recounted visions of hearing and seeing angels blowing a trumpet.

Another couple stopped to pray for Canada in front of a flagpole. As they prayed, the flag eerily and unexplainably fell to the ground in front of them.

One man told me of visions he had of the oil refineries in his oil rich town exploding from terrorism.

And while hesitant to share my own dreams, I will tell of one repeating dream which one of my close colleagues has had that was identical. We both saw in our dream stars in the sky begin to spin into the shape of a circle. Then the stars began to fall… turning suddenly into strange military aircraft. While these dreams occurred some time ago, we both came to the same (possible) interpretation lately, on the same day, without having spoken to each other.

But not all is that gloomy. Other’s have told me of visions of healing streams flowing through the nation. Another recounts to me powerful words of Jesus and his desire to impart his Sacred Heart to his followers. Just today, before the Blessed Sacrament, I seemed to hear the Lord say:

I will illumine consciences, and people will see themselves as they truly are, and as I truly see them. Some will perish; most will not; many will cry out for mercy. I will send you to feed them with the food I have given you.

My sense was that Christ has not abandoned any of us on earth, even the worst sinner, and that he is about to allow his mercy and love to explode upon the earth.

I need at this point say, these dreams, words, and visions all lie within the domain of private revelation. You are free to discard them if you so choose. But those of us who receive them, or those who wish to consider them are commanded to discern, and not despise them, warns St. Paul.

To some of you, these things may sound frightening. To others, it will confirm what you’re also feeling or hearing. And yet, others will see this as mere fear-mongering. Admittedly, it can be a bit unnerving (particularly when one has seven children.) Yet, I was given a stark reminder of God’s presence and providence while traveling through this hurricane ravaged State.

Every few blocks or so, we’d come across a home where a statue of Mary or Joseph adorned the yard. In each case, the statue was virtually unmoved, and more amazingly, virtually unscathed. One statue of our Lady of Fatima that we saw was surrounded by twisted cast iron railing… but the statue itself was perfectly intact. The church where I’m writing you from tonight was hit by a hurricane-spawned tornado. Steel beams lay twisted in the yard, and yet, the statue of Mary just yards away, stands radiantly and perfectly intact. "These statues are everywhere," said Fr. Kyle as we drove by another. In his own church, the altar and furnishings were completely swept away. Everything was gone–except the statues in the four corners of the church, and St. Therese de Liseux who stood exactly where the altar used to be. "St. Jude was outside in the prayer garden face down in the mud," said Father. "The people’s prayers brought him to his knees." He also mentioned the homes of parishioners where crucifixes hung unmoved on the wall, next to where kitchen cupboards used to be.

The evidence is unmistakable. The signs are everywhere. All of creation is groaning awaiting the revelation of the children of God (Romans 8:22)… and in the midst of it all, God has left signs of his presence and love for all of us. I hear once again a clear word which I feel is meant for the world: "Prepare". Something is coming… just on the horizon. Could the intensification of all these events, in both frequency and severity, be warnings?

If I were Noah, I’d be standing on my ark, shouting as loud as I could to anyone who would hear: "Get in! Get into the boat of God’s mercy and love. Repent! Leave behind the foolishness of this earth… the insanity of sin. Get into the ark–quickly!"