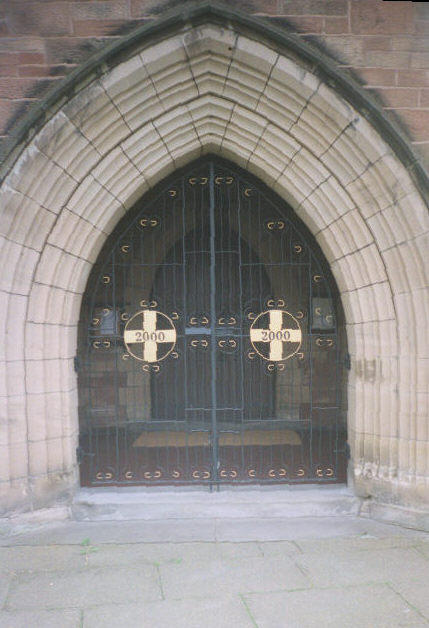 IN my travels across North America, I have met many priests who tell me of the wrath they incur if Mass goes past one hour. I have witnessed many priests apologize profusely for having inconvenienced parishioners by a few minutes. As a result of this trepidation, many liturgies have taken on a robotic quality—a spiritual machine which never changes gears, pulsing to the clock with the efficiency of a factory.

And thus, we have created the one hour prison.

Because of this imaginary deadline, imposed primarily by the lay people, but acquiesced to by the clergy, we have in my opinion stifled the Holy Spirit.

When we go to work each day, our body and mind require that we take breaks for a rest or a meal. The word “liturgy” originally meant a “public work” or a “service in the name of/on behalf of the people.” So too, the Body of Christ requires that during the Mass in which Christ continues the “work of our redemption,” that it have the opportunity, not only for the Sacred Meal, but for rest and contemplation.

Because the one hour prison requires that we rush, there is little or no time after the readings of Scripture to absorb what we have just heard.

…the Church has always venerated the Scriptures as she venerates the Lord’s Body. She never ceases to present to the faithful the bread of life, taken from the one table of God’s Word and Christ’s Body. —CCC, 103

Indeed, during lunchtime, we not only chew our food, but we also take the time to swallow it. So also, the Body of Christ needs a few moments, perhaps a simple minute to swallow the meal, that is, the Word of God.

So too with the sacred songs we sing; we are in a rush to get them over with. They are not a commercial within the Liturgy, a kind of break to move us quickly to the next segment. Our sacred song is part of the flow of our Liturgical prayer, a curve in the road, not a turnoff.

But in the one hour prison, it is often forbidden to take an extra verse of song to immerse ourselves deeper into the Mystery. The imaginary deadline looms. It seems not to matter if the Spirit, the One who prays through us and teaches us to pray wishes to sing a little more. Sometimes, it is the prayer of the song itself which melts our hearts and opens us to the Graces offered to us. But a half-frozen heart is still a half-frozen heart if we haven’t given it time to thaw.

Sometimes, the title says it all. But let me add this:

The liturgy is the summit toward which the activity of the Church is directed; it is also the font from which all her power flows. It is therefore the privileged place for catechizing the People of God. —CCC 1074

The Word of God nourishes the sheep with green Grass. The Eucharist strengthens the sheep with Grain and Milk. And the Homily is the balm which soothes their wounds, or the strong medicine which heals their diseases and builds their strength. It is also the clippers to shear the wool soiled with sin and remove the fleece blinding the eyes of the sheep.

Sometimes this kind of pastoral care takes more than five minutes at the pulpit. Sometimes more than twenty. Bu it’s not allowed in the one hour prison.

The Eucharist is “the source and summit of the Christian life.” (CCC 1324)

The “work” of the Liturgy is an ascent to the Summit, which is Jesus present in the Eucharist. It is here when we have reached the heights where the Spiritual and temporal world meet, where the Skies touch the earth, and vistas of Love and Mercy expand before us.

But in the one hour prison, there is no time to sit down and take in the view. No, it is has become fast food; a quick meal, and a race down the mountain to the lawn which needs mowing, the second quarter of the football game, or the shopping mall which closes an hour early on Sunday.

A young priest once told me that at a private liturgy with Pope John Paul II, the late pontiff took twenty minutes after the Eucharist to contemplate in silence before the Closing Prayer. There is a message here.

“What about the children? You can’t have silence with families in the congregation!“

First off, there are hardly any families left in our parishes, so this point is becoming moot. Nonetheless, this objection simply needs context.

How often were Joseph and Mary immersed in their Hebrew prayers when the cry of baby Jesus interrupted them? How often did the mealtime in that little house of Nazareth find itself disrupted by a spilled glass of goat’s milk or a young Boy eager to leave the table?

Yes, let our churches become the House of Nazareth where we too live the humanity of the Holy Family. If our children cry, if our babies squawk, if the silence is broken by an innocent question or a dropped hymnal, let us hear the echo of the voice of Christ and celebrate the incarnation of God in the flesh. After all, is that not what the Eucharist is?

CRISIS OF CATECHESIS… FALTER IN FAITH

At the opening of Vatican II, Pope John XXIII wished to “throw open the windows” to allow the Spirit to move afresh. Unfortunately, we have put bars over them now. The one hour prison is the result of a lack of catechesis and evangelization which produce the fruit of faith, which produces love. According to one Gallup Poll, only 30 percent of Catholics believe in the Real Presence of Jesus in the Eucharist, the Source and Summit of our faith. For seventy percent of Catholics, there is no Mountain to climb, and for some, it is simply an hour to endure.

Yes, the one hour prison has sent a message to our youth: the Sunday Mass is an obligation, not a Celebration. The Eucharist is a symbol, not a Person. The Readings are a ritual, not a Meal. And the priesthood is a career, not a privilege.

And so, they have left, and many of them have gone to the two hour Evangelical service next door. Yes, young restless teenagers sitting through an entire two hour service, and sometimes coming back in the evening for more.

Now, that is worthy of one simple minute of reflection.