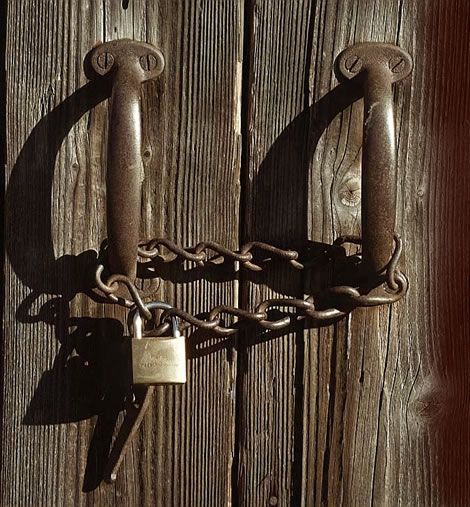 WHEN David marched on Jerusalem, the inhabitants at that time shouted:

You cannot enter here: the blind and the lame will drive you away!

David, of course, is an Old Testament type of Christ. And indeed, it was the spiritually blind and lame, “the scribes who had come from Jerusalem…”, who tried to drive Jesus out by casting shadows on His reputation and twisting His good works into appearing as something evil.

Today, there are also those who wish to twist what is truth, beauty, and goodness into something intolerant, oppressive, and wrong. Take for instance the pro-life movement:

The abortion struggle of the past four decades teaches a very useful lesson. Evil talks a lot about “tolerance” when it’s weak. When evil is 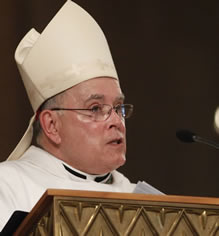 strong, real tolerance gets pushed out the door. And the reason is simple. Evil cannot bear the counter-witness of truth. It will not co-exist peacefully with goodness, because evil insists on being seen as right, and worshiped as being right. Therefore, the good must be made to seem hateful and wrong. —Archbishop Charles J. Chaput, homily for the National Prayer Vigil for Life Closing Mas, Washington D.C., January 22nd, 2014

Thus, abortion is framed as an infringment on “rights”, traditional marriage as “discriminatory,” parental rights as “abusive,” purity as “oppressive”, and so forth. The reason for this is very simple.

The very existence of people who refuse to accept evil and who seek to act virtuously burns the conscience of those who don’t…—Ibid.

Isn’t this what happened to Jesus? The Scribes hated the Light that exposed the darkness of their hearts, and so they turned logic on its head in an attempt to discredit Him. And Jesus replied:

…if a house is divided against itself, that house will not be able to stand.

Today, we have created what Archbishop Chaput calls a “culture of violence.” In the name of so-called “human rights”, we have taken away the rights of the most helpless of all, the unborn. And now it is the sick, the handicapped, the depressed, and the elderly who are being selected for extermination under the guise of the “right to die.” And of course, there is the “right” to contracept, which has eliminated an untold hundreds of millions of people.

A house divided upon itself will not be able to stand.

And so, here we are: the Western nations have ceased having children, or are aborting babies, to the point where fertility rates have dropped below replacement levels. Europe as we know it will cease to exist within the next few decades. Likewise, North America is on the same path to becoming an Islamic continent at current birth and immigration rates. [1]cf. Watch the video: “Muslim Demographics“ If we kill our own, then our house will collapse.

…nations are born and thrive, and then decline and die. And so will ours… Only Jesus Christ is Lord, and only God endures. Our job is to work as hard as we can, as joyfully as we can, for as long as we can to encourage a reverence for human life in our country and to protect the sanctity of the human person, beginning with the unborn child. —Archbishop Charles J. Chaput, homily for the National Prayer Vigil for Life Closing Mas, Washington D.C., January 22nd, 2014

How symbolic it was, then, that after Pope Francis and two 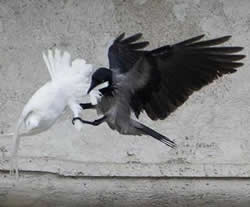 children released peace doves into St. Peter’s Square yesterday, the doves were attacked by a crow and a seagull. One commentator noted that the crow in folklore is an omen of “death”, the seagull, of “personal freedom.” It is precisely “human rights” and the pursuit of personal autonomy at all costs that, ironically, are now taking away the rights of the most vulnerable. This has led to a culture of violence, a culture of death that is only beginning to reap its harvest, and destroy peace.

But, we also have to ask ourselves individually: am I also one of the spiritually “blind and lame” who drives Jesus away from my heart? Every time I compromise, every time I know something is right, and yet, I do not do it, I push Jesus away. And when I push Him away, I am pushing away life. So in His place comes guilt, sadness, depression, anger… darkness. In a word, I become divided against myself. And if I continue to resist Jesus, the house of my heart will collapse in ruins because I am living in a way that is divisive within: my flesh craves this, but my heart knows it is wrong, and there is a war. My conscience burns, my heart races, my mind wanders, my state becomes anxious and restless.

Miserable one that I am! Who will deliver me from this mortal body? Thanks be to God through Jesus Christ our Lord. (Rom 7:24-25)

Jesus is the one who can set me free. The key is to stop running away, to bring sin into the light, and trust that living “the truth will set you free.” [2]cf. Jn 8:32 To such a one, God promises as He did David in today’s Psalm: “My faithfulness and my mercy shall be with him.”

And this is the verdict, that the light came into the world, but people preferred darkness to light, because their works were evil. For everyone who does wicked things hates the light and does not come toward the light, so that his works might not be exposed… But if we walk in the light as he is in the light, then we have fellowship with one another, and the blood of his Son Jesus cleanses us from all sin… If we acknowledge our sins, he is faithful and just and will forgive our sins and cleanse us from every wrongdoing. (John 3:19-20; 1 John 1:7-9)