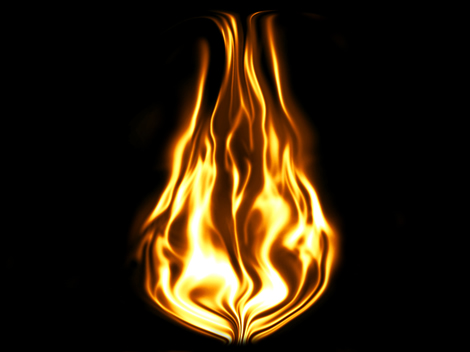 AT a Steubenville conference several years ago, Papal household preacher, Fr. Raneiro Cantalamessa, recounted the story of how St. John Paul II emerged one day from his chapel at the Vatican, excitedly exclaiming that he had received the “gift of tongues.” [1]Correction: I had initially thought it was Dr. Ralph Martin who told this story. Fr. Bob Bedard, the late founder of the Companions of the Cross, was one of the priests present to hear this testimony from Fr. Raneiro. Here we have a pope, one of the great theologians of our times, witnessing to the reality of a charism rarely seen or heard in the Church today, that Jesus and St. Paul spoke of.

There are different kinds of spiritual gifts but the same Spirit… to another varieties of tongues; to another interpretation of tongues. (1 Cor 12:4,10)

When it comes to the gift of tongues, it has been treated in much the same way as prophecy. As Archbishop Rino Fisichella said,

What is “speaking in tongues”? Is it Catholic? Is it demonic?

These signs will accompany those who believe: in my name they will drive out demons, they will speak new languages…

Either this is true or it is not. The history of the Church—beginning with Pentecost—shows this certainly to be true. However, in our times, theologians have strained to give an interpretation to the gift of tongues that is a departure not only from reality, but from the Tradition of the Church. I listened recently to a 15 minute sermon from a well-known exorcist who, while knowledgeable in his field of spiritual oppression, was dreadfully catechized on the charisms of the Spirit and the movement of the “Charismatic Renewal”, which was a response in the late 60’s to the Holy Spirit’s initiative to restore these gifts at this crucial hour in the Church’s life. Moreover, it was a movement prayed for and supported by many of the popes of the last century, most notably every pope since St. John XXIII (see my series explaining the place of the Holy Spirit and charisms in the life in the Church: Charismatic?).

Of course, I have to pause at this moment because some readers may already be put off, in part, due to a false impression or bad experience they or a family member have had with a “charismatic” Christian. Fr. Kilian McDonnell and Fr. George T. Montague, in their landmark document [2]Fanning the Flame, The Liturgical Press, 1991 that shows how the Church Fathers embraced the life and gifts of the Spirit as “normative” Catholicism, acknowledge the problems that the Charismatic Renewal has encountered:

We acknowledge that the charismatic renewal, like the rest of the Church, has experienced pastoral problems and difficulties. As in the rest of the Church, we have had to deal with issues of fundamentalism, authoritarianism, faulty discernment, people leaving the Church, and misguided ecumenism. These aberrations spring from human limitation and sinfulness rather than from the genuine action of the Spirit. —Fanning the Flame, The Liturgical Press, 1991, p. 14

But just as a bad experience in the confessional with a poorly trained confessor does not nullify the Sacrament of Reconciliation, likewise, the aberrations of a few should not deter us from drawing from the other wellsprings of grace provided for the building up of the Body of Christ. Note well what the Catechism says about these graces, including “tongues”:

Grace is first and foremost the gift of the Spirit who justifies and sanctifies us. But grace also includes the gifts that the Spirit grants us to associate us with his work, to enable us to collaborate in the salvation of others and in the growth of the Body of Christ, the Church. There are sacramental graces, gifts proper to the different sacraments. There are furthermore special graces, also called charisms after the Greek term used by St. Paul and meaning “favor,” “gratuitous gift,” “benefit.” Whatever their character—sometimes it is extraordinary, such as the gift of miracles or of tongues—charisms are oriented toward sanctifying grace and are intended for the common good of the Church. They are at the service of charity which builds up the Church. —Catechism of the Catholic Church, n. 2003

So, if I were Satan, I would attempt to stigmatize these mystical gifts, to make them appear “whacky” and on the fringe. Furthermore, I would create counterfeits of these gifts in order to confuse and discredit them and motivate pastors to ignore and even stifle them… yes, keep them, at best, in the church basement. Such has been the case. I routinely hear short-sighted pastors and ill-informed theologians suggest that “tongues” is a demonic distortion. But clearly, Our Lord himself said that believers would speak new languages. While some have tried to suggest that this is merely an allegory for the Church beginning to speak “universally” to the nations, the Scriptures themselves as well as the testimony of the early and contemporary Church suggest otherwise.

Are not all these people who are speaking Galileans? Then how does each of us hear them in his own native language? (Acts 2:7-8)

It reminds me of French Canadian priest, Fr. Denis Phaneuf, a wonderful preacher and long-time leader in the charismatic movement. He recounted how on one occasion when he prayed in “tongues” over a woman, she looked up at him and exclaimed, “My, you speak perfect Ukrainian!” He hadn’t understood a word he said—but she did.

Certainly, when Pope John Paul II began speaking in tongues—a man already fluent in several languages—he was overwhelmed not by yet another human dialect but by a mystical gift he’d never had before.

How the gift of tongues is given to the Body of Christ is a mystery. For some, it comes spontaneously through the experience of an “infilling” of the Holy Spirit or what is more commonly referred to as “baptism in the Holy Spirit.” For my sister and eldest daughter, this gift was given immediately after they were confirmed by the Bishop. And this makes sense since this was also the case for the newly initiated in the early Church. That is, they were taught beforehand to possibly expect the charisms as part of the coming of the Holy Spirit. However, with the subtle introduction of modernity and separation between faith and reason that began to de-mystify the Church, catechesis on the charisms of the Holy Spirit
had virtually vanished. And as a rejection of Vatican II and abuses stemming from it, many “traditionalists” have likewise thrown the baby out with the bathwater having rejected the gifts and graces of the Spirit often because of “charismatic expression”. And this is a tragedy since, as the Catechism teaches, the charisms are intended for the whole Church and for her building up. Thus, it is fair to say that, in many places, the Church has atrophied since she no longer exercises these important gifts. When was the last time you heard a prophecy in the pews? A word of knowledge from the pulpit? A healing at the altar? Or the gift of tongues? And yet, not only was this common during the early Christian assemblies, [3]cf. 1 Cor 14:26 but St. Paul describes all of these as necessary for the Body of Christ.

I would suggest that at this hour, as the Church begins to enter her own Passion, we would do well to pray that the Holy Spirit pours these gifts upon us again. If they were necessary for the Apostles and the early Church as they faced the Roman persecution, I can only assume they are necessary for us, perhaps more than ever. Or have we already rejected what the charismatic movement was intended to give?

Once again, accepting the baptism in the Spirit is not joining a movement, any movement. Rather, it is embracing the fullness of Christian initiation, which belongs to the Church. —Fr. Kilian McDonnell and Fr. George T. Montague, Fanning the Flame, The Liturgical Press, 1991, p. 21

And that includes the gift of tongues.

Now I should like all of you to speak in tongues, but even more to prophesy… If I speak in human and angelic tongues but do not have love, I am a resounding gong or a clashing cymbal. (1 Cor 14:5; 1 Cor 13:1)

Blessed the people who know the joyful shout… (Today’s Psalm)

More on the Renewal and gift of tongues: Charismatic? – Part II