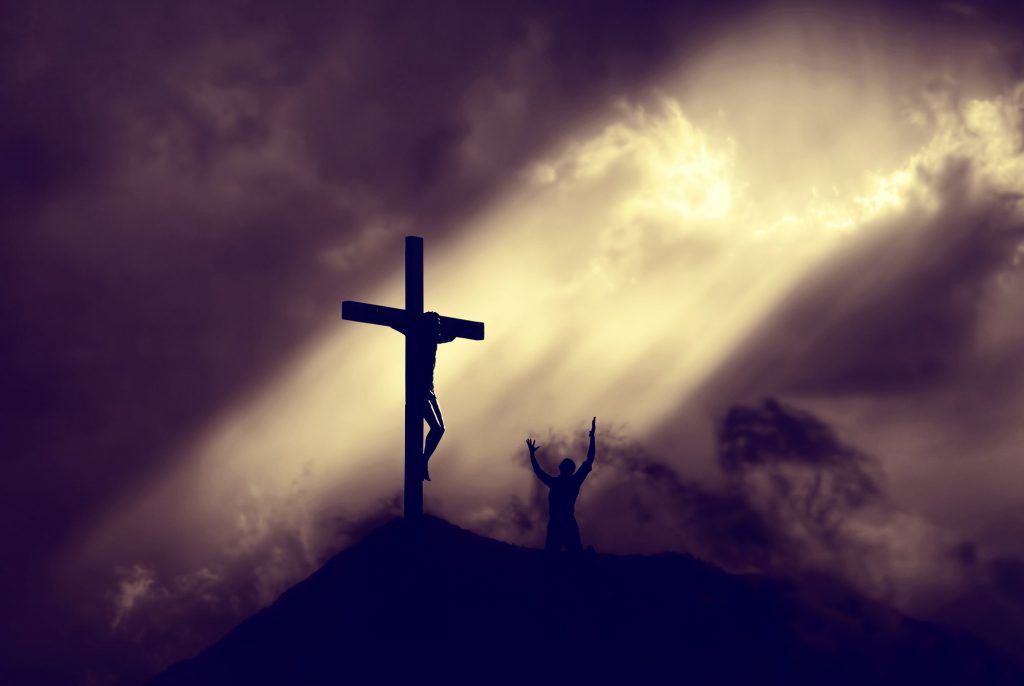 Those are the words that have risen to my lips so many times in the past few weeks. Since the storm that ransacked our farm that June day, there has been one trial after another on nearly a daily basis… vehicles taking turns breaking down, an infection in my jaw, continued hearing loss that has made conversation difficult and music sound awful. Then my credit card was used for fraud, the roof started leaking in our camper, and the insurance company got back to us on the storm damage saying that cleanup is estimated at $95,000—but they would only cover $5000. At the same time, our marriage also seemed to be bursting at the seams as past wounds and patterns suddenly emerged. Under the strain, it felt like we were losing everything, even each other.

But there were two brief pauses in the “storm”, rays of light breaking through the thunderous clouds and startling train-wreck of events. One was the wedding of our third daughter to a beautiful young man. It was a holy ceremony and true celebration. For nearly everyone who attended, it left an indelible impression on their souls. And then several days later, our oldest daughter announced that our third grandchild was on the way. We shouted for joy at the wonderful news, as they had been trying to conceive for months. But as the Gospel of the hemorrhaging woman was read this past Sunday, my wife leaned over to tell me that she had just learned that our daughter was now having a miscarriage. The storm returned with a deluge of tears.

There comes a point when words begin to fail; when all our Christian clichés come up empty; when all one can do is sweat and bleed and cry out: “Father, not my will but yours be done.” I have been thinking a lot of Our Lady who stood silently beneath the Cross. In the face of inexplicable suffering, abandonment, and uncertainty… we have no recorded words from her. All we know is that she remained there until the bitter end. She did not shake her fists at those causing pain, at those who abandoned her Son, at those who doubted, mocked or simply walked away. Much less did she question or threaten her God.

But perhaps, within her heart, she quietly said, “Lord, I am broken. I surrender.”

It is human nature to want to find some meaning, some purpose behind our suffering. But sometimes, there is simply no answer. I remember when Pope Benedict visited the Auschwitz “death camp” in 2006. Standing in the long shadows of inexplicable evil, he said:

In a place like this, words fail; in the end, there can only be a dread silence—a silence which is itself a heartfelt cry to God: Why, Lord, did you remain silent? —Address by the Holy Father, May 28th, 2006; vatican.va

During Mass a couple of weekends ago, I looked up at the crucifix hanging over the altar. And the words came to me that I have been trying to be conformed to His Resurrection instead of the Cross. I pondered if God was permitting this “storm” in order to further “crucify” my flesh precisely so that I may share more and more in the fruits of the Resurrection. It is only through death to one’s inordinate desires and selfish ambitions that this is possible—as St. Paul wrote:

I even consider everything as a loss because of the supreme good of knowing Christ Jesus my Lord. For his sake I have accepted the loss of all things and I consider them so much rubbish, that I may gain Christ and be found in him… depending on faith to know him and the power of his resurrection and [the] sharing of his sufferings by being conformed to his death, if somehow I may attain the resurrection from the dead. (Phil 3:8-10)

And yet, I do not “feel” this participation at all. I only feel my poverty, limitations, and lack of virtue. I feel the godlessness in me, that primordial streak of rebellion that runs through all of us. And I want to run… But then it occurred to me one day that Jesus did not say, “Okay, Father, I have been scourged and crowned with thorns. That is enough.” Or, “I have fallen beneath this cross three times. That’s enough.” Or, “Okay, I am now nailed to the tree. Take Me now.” No, rather, He abandoned Himself completely to the Father—to His timeline, His plan, His way.

And Jesus hung for three more hours until every drop of His blood that needed to be spilled had fallen to the earth.

I am writing to you today to bring, if possible, a word of encouragement to you who are in your own storms, whatever they are, including marital strain. Lea and I regained our senses, and once again, forgave each other and renewed our love (may I say “unbreakable” love) for each other. You see, so often, people place me on a pedestal as some kind of saint, or they suggest that I am somehow favored by God (and that they are not). But I am certainly no more favored than the God-Man, Jesus Christ, whom the Father allowed to suffer and die a brutal death. I am no more favored than the Blessed Mother who, “full of grace,” nonetheless was destined to suffer intensely with her Son. I am no more favored than the great Apostle Paul, who suffered so much persecution, resistance, shipwreck, hunger, and obstacles, even though He was chosen to bring the Gospel to the gentiles. Indeed, Paul was stoned and left for dead one day. But Luke writes that he then re-entered the city of Lystra and…

…strengthened the spirits of the disciples and exhorted them to persevere in the faith, saying, “It is necessary for us to undergo many hardships to enter the kingdom of God.” (Acts 14:22)

There came another point during Mass this past month where I briefly perceived how Satan wanted to break my faith. Had the church been empty at that moment, I would have screamed, “I will never reject my Jesus! Get behind me!” I share this with you, not because I have heroic faith, but real faith, which is a gift of God. And faith that is genuine must eventually learn to walk in darkness as through a dark night. Several times this month I have found myself whispering…

Peter did not say this because he had the answers. It was precisely because he didn’t. But he knew that Jesus, in Himself, was an answer. The Answer. And all Peter knew to do at that moment was follow Him—through the darkness of faith.

To assist Mark and his family in the recovery
of their property where his ministry
and studio is located, add the message:
“Mallett Family Help” to your donation.
Bless you and thank you!