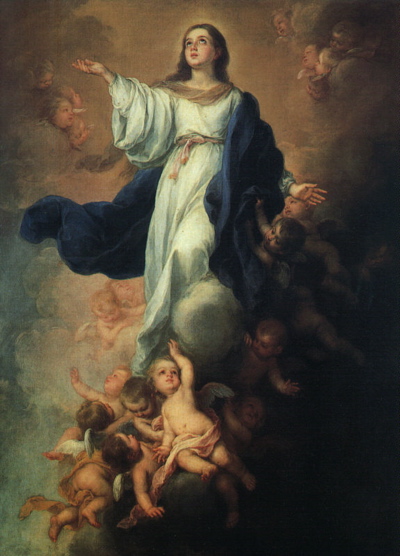 Several months ago, I wrote how the truth—the “deposit of faith” handed on to the Apostles and their successors—is like a flower which over the centuries has been unfolding (see The Unfolding Splendor of Truth). That is, no new truths or “petals” can be “added” to Sacred Tradition. However, with each century we come to a more profound and deeper understanding of the Revelation of Jesus Christ as the flower unfolds.

This pertains also, and especially, to those latter days when the book of Daniel is to be unsealed (see Is the Veil Lifting?). Hence, I believe we are beginning to see more clearly a picture of the “end times” unfolding, perhaps exponentially.

I have written at length about what St. John the Apostle, the Church Fathers, and early Ecclesiastical writers refer to as a “period of peace” or “era of peace” which is preceded by a tribulation in which Antichrist manifests as the Man of Sin. After that tribulation when the “false prophet and the beast” are thrown into the “lake of fire” and Satan is chained for a thousand years, the Church will enter, through the power of the Holy Spirit, into an immaculate state in which she is adorned with virtue and made holy, becoming a purified bride ready to receive Jesus when He returns in glory.

St. John tells us what occurs next:

When the thousand years are completed, Satan will be released from his prison. He will go out to deceive the nations at the four corners of the earth, Gog and Magog, to gather them for battle… But fire came down from heaven and consumed them. The Devil who had led them astray was thrown into the pool of fire and sulfur, where the beast and the false prophet were… Next I saw a large white throne and the one who was sitting on it… (Rev 20:7-11)

That is, God, in His mysterious plan of salvation, will permit Satan one last opportunity to deceive the nations and attempt to destroy the people of God. It will be a final manifestation of the “spirit of antichrist” incarnated in whom St. John calls “Gog and Magog.” However, Antichrist’s plan will fail as fire will fall, destroying him and those nations aligned with him.

It is difficult to comprehend why God would permit evil to arise toward the end of the Era of Peace. But it must be understood that even in that period of unprecedented graces and divine life for mankind, man’s basic human freedom will remain. Thus, until the end of the world, he will be vulnerable to temptation. It is one of those mysteries which we will only understand fully at the end. But one thing is certain: the final conquering of evil will reveal to all of creation the hidden mysteries and redemptive plan of God since the beginning of time:

Therefore, son of man, prophesy, and say to Gog… In the latter days I will bring you against my land, that the nations may know me, when through you, O Gog, I vindicate my holiness before their eyes. (Ezekiel 38:14-16)

Then will come the Final Resurrection or coming Ascension.

It is at that time that the Church will indeed be “caught up together” in the clouds (1 Thess 4:15-17) in a rapiemur or “rapture.” This differs from the modern heresy which claims that the faithful will be snatched into the sky before the tribulation which contradicts, first of all, the teaching of the Magisterium:

Before Christ’s second coming the Church must pass through a final trial that will shake the faith of many believers… The Church will enter the glory of the kingdom only through this final Passover, when she will follow her Lord in his death and Resurrection. —Catechism of the Catholic Church 675, 677

And the dead in Christ will rise first; then we who are alive, who are left, shall be caught up together with them in the clouds to meet the Lord in the air; and so we shall always be with the Lord. (1 Thess 4:15-17)

The “rapture” occurs when the dead in Christ rise, that is, at the Final Resurrection when “we shall always be with the Lord.” It involves, also, those who have lived through the Eucharistic reign of Jesus during the Era of Peace, those “who are alive, who are left” after the chastisement or “minor judgment” which occurs before the Era of Peace (see Understanding the Urgency of Our Times). [Note: this “minor judgment” precedes and is part of the dawn of the “Day of the Lord” which St. Faustina says will come after the “day of mercy” which we are currently living in. This Day will culminate when the last night of Satan—Gog and Magog—overshadows the earth, but ends in the final conflagration when the heavens and earth and all that is darkness passes away (2 Pet 3:5-13). Thus begins that day which will never end…]

After this Ascension of the Body of Christ comes the Final Judgment, thus, concluding time and history. This will usher in the New Heavens and New Earth where the children of the Most High will live and reign forever and ever with their God.

THE VOICE OF TRADITION

Once again, the flower of Tradition in earlier centuries was in a more primitive state. As such, the early Church Fathers and writers often give us a more vague and allegorical picture of the latter days. However, in their writings we often see what has been described above:

Therefore, the Son of the most high and mighty God… shall have destroyed unrighteousness, and executed His great judgment, and shall have recalled to life the righteous, who… will be engaged among men a thousand years, and will rule them with most just command… Also the prince of devils, who is the contriver of all evils, shall be bound with chains, and shall be imprisoned during the thousand years of the heavenly rule…

Before the end of the thousand years the devil shall be loosed afresh and shall assemble all the pagan nations to make war against the holy city… “Then the last anger of God shall come upon the nations, and shall utterly destroy them” and the world shall go down in a great conflagration. —4th century Ecclesiastical writer, Lactantius, “The Divine Institutes”, The ante-Nicene Fathers, Vol 7, p. 211

A false prophet must first come from some deceiver; and then, in like manner, after the removal of the holy place, the true Gospel must be secretly sent abroad for the rectification of the heresies that shall be. After this, also, towards the end, Antichrist must first come, and then our Jesus must be revealed to be indeed the Christ; and after this, the eternal light having sprung up, all the things of darkness must disappear. —St. Clement of Rome, The Early Church Fathers and Other Works, The Clementine Homilies, Homily II, Ch. XVII

We shall indeed be able to interpret the words, “The priest of God and of Christ shall reign with Him a thousand years; and when the thousand years shall be finished, Satan shall be loosed out of his prison;” for thus they signify that the reign of the saints and the bondage of the devil shall cease simultaneously… so in the end they shall go out who do not belong to Christ, but to that last Antichrist… —St. Augustine, The Anti-Nicene Fathers, City of God, Book XX, Chap. 13, 19