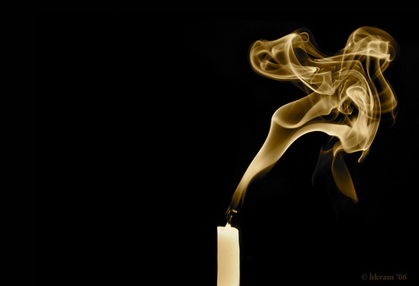 Note: There is a certain man name Ron Conte who claims to be a “theologian,” has declared himself an authority on private revelation, and has written an article claiming that this website is “full of errors and falsehoods.” He specifically points to this article. There are so many fundamental problems with Mr. Conte’s charges, not to mention his own credibility, that I addressed them in a separate article. Read: A Response.

IF the Church follows the Lord through His Transfiguration, Passion, Resurrection and Ascension, does she not participate also in the tomb?

Shortly before Christ’s death there occurred an eclipse of the sun:

It was now about noon and darkness came over the whole land until three in the afternoon because of an eclipse of the sun. (Luke 23:43-45)

Following this event, Jesus dies, is taken down from the Cross, and buried in the tomb for three days.

Shortly after the peak of the persecution of the Church that is, an attempt to abolish the daily Sacrifice of the Mass—the “Eclipse of the Son“—there may come a time which mystics in the Church describe as “three days of darkness.”

God will send two punishments: one will be in the form of wars, revolutions, and other evils; it shall originate on earth. The other will be sent from Heaven. There shall come over the whole earth an intense darkness lasting three days and three nights. Nothing can be seen, and the air will be laden with pestilence which will claim mainly, but not only, the enemies of religion. It will be impossible to use any man-made lighting during this darkness, except blessed candles. —Blessed Anna Maria Taigi, d. 1837

There is a precedent for such an event as found in the book of Exodus:

Moses stretched out his hand toward the sky, and there was dense darkness throughout the land of Egypt for three days. Men could not see one another, nor could they move from where they were, for three days. But all the Israelites had light where they dwelt. (10:22-23)

NIGHT BEFORE THE DAWN

These three days of darkness, which Blessed Anna describes, may directly precede the Era of Peace and will bring about the purification of the earth from evil. That is, after the Church undergoes her own Great Purification, the world at large will undergo its own:

All the enemies of the Church, whether known or unknown, will perish over the whole earth during that universal darkness, with the exception of a few whom God will soon convert. —Blessed Anna Maria Taigi

This purification of the world, an event which has not occurred since the days of Noah, was spoken of by most of the major prophets:

When I blot you out, I will cover the heavens, and make their stars dark; I will cover the sun with a cloud, and the moon shall not give its light. All the bright lights of heaven will I make dark over you, and put darkness upon your land, says the Lord GOD. (Ez 32:7-8)

Lo, the day of the LORD comes, cruel, with wrath and burning anger; to lay waste the land and destroy the sinners within it! The stars and constellations of the heavens send forth no light; the sun is dark when it rises, and the light of the moon does not shine. Thus I will punish the world for its evil and the wicked for their guilt. I will put an end to the pride of the arrogant, the insolence of tyrants I will humble. (Is 13:9-11)

The three days of darkness, then, comprise part of the judgment of the living who have refused to repent, even after God’s merciful interventions. Once again, the urgency of our times speaks of the need to convert and intercede for other souls. Whether Christians wish to admit it or not, the Church’s Tradition as well as Sacred Scripture all point to a time when God will bring about a merciful judgment upon the earth by ending the reign of evil, whose fruits we already taste in the culture of death, and that greed which is destroying nature.

A day of wrath is that day, a day of anguish and distress, a day of destruction and desolation, a day of darkness and gloom, a day of thick black clouds… I will hem men in till they walk like the blind, because they have sinned against the LORD… (Zep 1:15, 17-18 )

Many are the prophecies, as well as references in the book of Revelation, that speak of a comet which either passes near or impacts the earth. It is possible that such an event could plunge the earth into a period of darkness, covering the earth and the atmosphere in an ocean of dust and ashes:

This also makes sense in light of the rejuvenating aspects of ash which would bring renewed fertility to the soil. The three days of darkness, then, may not only purify the earth of wickedness, but perhaps also purify the atmosphere and the earth’s elements, renewing the planet for the remnant who are to live during the Era of Peace.

The judgment will come suddenly and be of short duration. Then comes the triumph of the Church and the reign of brotherly love. Happy indeed they who live to see those blessed days. —Fr. Bernard Maria Clausi, O.F.M. (1849); The Three Days of Darkness, Albert J. Herbert, p. xi

While we are tempted to view such prophecies as gloomy, the prospect of a world remaining in opposition to God’s laws and banning Christ’s Eucharistic presence is the real scenario of hopelessness.

We already see the eclipse of Truth occurring in our world, and at the same time, nations and nature moving toward chaos. There is a reason Heaven is moving us to pray and intercede for sinners most in need of God’s mercy; for in the hour of His judgment, I believe many souls will be saved, if even at the very last moment.

And that hour seems ever closer.