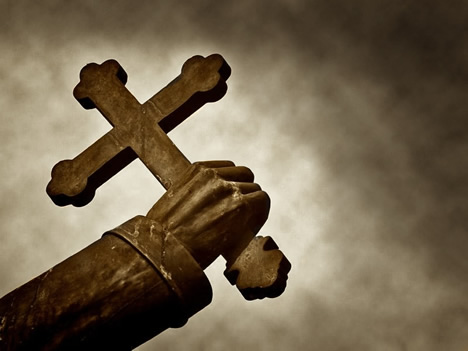 In a homily on February 21st, 2001, Pope John Paul welcomed, in his words, “people from every part of the world.” He went on to say,

You come from 27 countries on four continents and speak various languages. Is this not a sign of the Church’s ability, now that she has spread to every corner of the globe, to understand peoples with different traditions and languages, in order to bring to all the message of Christ? —JOHN PAUL II, Homily, Feb 21, 2001; www.vatica.va

Would this not constitute a fulfillment of Matt 24:14 where it says:

This gospel of the kingdom will be preached throughout the whole world, as a testimony to all nations; and then the end will come (Matt 24:14)?

With the advent of air travel, TV & film technology, the internet, and the ability to publish and print in many languages, the potential to reach all the nations with the Gospel message today far surpasses what the Church has been able to accomplish in past centuries. Without question, the Church can be found in “every corner of the globe.”

But there is more to Christ’s prophecy that the “gospel of the kingdom will be preached throughout the whole world.” Before He ascended into Heaven, Jesus commanded the Apostles to:

Jesus did not say make disciples in all the nations, but make disciples of all nations. Nations as a whole, generally speaking (since individual souls will always remain free to refuse the Gospel), are to be made into Christian nations.

While all nations is understood by some scholars as referring only to all Gentiles, it is probable that it included the Jews as well. —footnote, New American Bible, The Revised New Testament 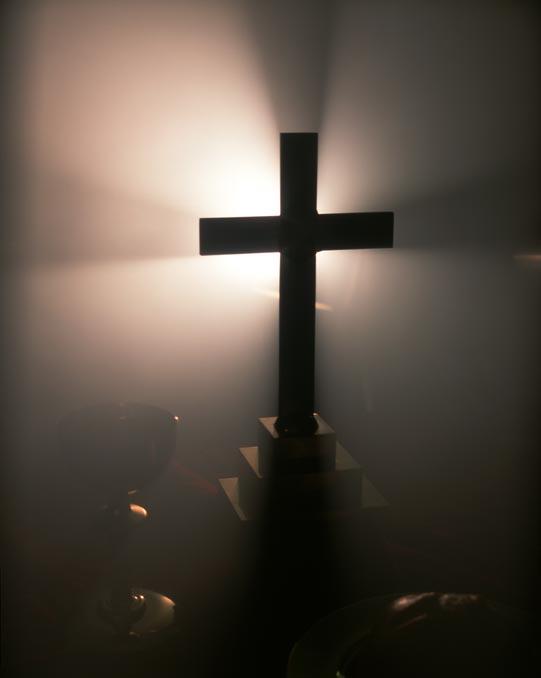 …baptizing them in the name of the Father, and of the Son, and of the holy Spirit, teaching them to observe all that I have commanded you. (Matt 28:19-20)

The nations, and their peoples, are to be baptized—but into what? Into the rock that Christ Himself established: the Catholic Church. And the nations are to be taught everything that Jesus commanded: the entire deposit of faith entrusted to the Apostles, the fullness of truth.

Let me then add another question to our first: Is this even realistic, let alone possible?  I will answer this first.

The Holy Spirit does not speak in vain. Jesus was not a wishful thinker, but the God-man “who wills everyone to be saved and to come to knowledge of the truth” (1 Tim 4:2).

We know that The Coming Dominion of the Church is promised not only in Christ’s words, but throughout the Scriptures. The Book of Isaiah begins with a vision whereby Zion, a symbol of the Church, becomes a center of authority and instruction for all the nations:

In days to come, the mountain of the LORD’S house shall be established as the highest mountain and raised above the hills. All nations shall stream toward it; many peoples shall come and say: “Come, let us climb the LORD’S mountain, to the house of the God of Jacob, That he may instruct us in his ways, and we may walk in his paths.” For from Zion shall go forth instruction, and the word of the LORD from Jerusalem. He shall judge between the nations, and impose terms on many peoples. They shall beat their swords into plowshares and their spears into pruning hooks; one nation shall not raise the sword against another, nor shall they train for war again. (Isaiah 2:2-4)

Certainly, on one level, the Church already shines like a lampstand of truth to the world. Peoples from every nation have flowed to her bosom to encounter the “light of the world” and the “bread of life.” 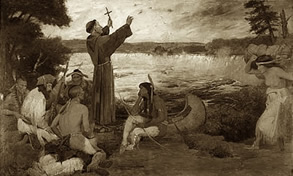 But Isaiah’s vision has a deeper more literal meaning, one understood by the Church Father’s to refer to an “era of peace” when nations will “beat their swords into plowshares and their spears into pruning hooks” and “shall not raise the sword against another” (see The Coming of the Kingdom of God). In that time of peace, what the Fathers called a “sabbath rest”, the Church will be “established as the highest mountain and raised above the hills.” Not just theologically, not just spiritually, but factually and truly.

It is during this time that both Jew and Gentile will come to embrace the Gospel; that nations will truly become Christian, with the teachings of the Faith as their guide; and the temporal “kingdom of God” will spread to the furthest coasts.

The [Church’s] journey also has an external character, visible in the time and space in which it historically takes place. For the Church “is destined to extend to all regions of the earth and so to enter into the history of mankind” but at the same time “she transcends all limits of time and space.” —POPE JOHN PAUL II, Redemptoris Mater, n. 25

In a word, the world is to become “Catholic”—factually universal. In speaking of the “three conversions” of Blessed Cardinal John Henry Newman, Pope Benedict recently noted that the third was to embrace Catholicism. This third conversion, he said, was part o f the other “steps along a spiritual path that concerns us all.” Everyone. Thus, to answer our question, such a transformation of society, albeit an imperfect one—for perfection will only come at the end of time—is not only realistic, but it would seem, certain.

We do confess that a kingdom is promised to us upon the earth, although before heaven, only in another state of existence; inasmuch as it will be after the resurrection for a thousand years in the divinely-built city of Jerusalem… —Tertullian (155–240 A.D.), Nicene Church Father; Adversus Marcion, Ante-Nicene Fathers, Henrickson Publishers, 1995, Vol. 3, pp. 342-343); cf. Rev 20:1-7

In answering the second question, we have answered the first: the gospel has not been preached throughout the whole world, despite the inroads Christian missionaries have made. The Church has not, as of yet, made disciples of all the nations. The Catholic Church has not yet fully spread her branches to the very ends of the earth, her sacramental shade falling upon all of civilization. The Sacred Heart of Jesus has yet to beat in every land.

The mission of Christ the Redeemer, which is entrusted to the Church, is still very far from completion. As the second millennium after Christ’s coming draws to an end, an overall view of the human race shows that this mission is still only beginning and that we must commit ourselves wholeheartedly to its service. —POPE JOHN PAUL II, Redemptoris Missio, n. 1

There are regions of the world that are still awaiting a first evangelization; others that have received it, but need a deeper intervention; yet others in which the Gospel put down roots a long time ago, giving rise to a true Christian tradition but in which, in recent centuries—with complex dynamics—the secularization process has produced a serious crisis of the meaning of the Christian faith and of belonging to the Church. —POPE BENEDICT XVI, First Vespers of the Solemnity of Sts. Peter and Paul, June 28th, 2010

To a human being, 2000 years is a long time. To God, it’s more like a couple of days (cf. 2 Pt 3:8). We cannot see what God sees. Only He grasps the full scope of His designs. There is a mysterious divine plan that has unfolded, is unfolding, and remains to be revealed in salvation history. We each have a part to play, no matter how 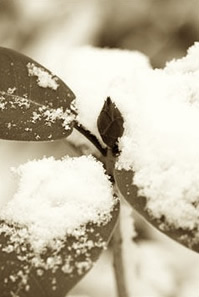 significant or not it may appear (watch Can I Be Light?). That said, we appear to be on the threshold of a great missionary age, a “new springtime” of the Church in the world… But before spring comes, there is winter. And that we must pass through first: the end of this era, and the beginning of a new.

I see the dawning of a new missionary age, which will become a radiant day bearing an abundant harvest, if all Christians, and missionaries and young churches in particular, respond with generosity and holiness to the calls and challenges of our time. —POPE JOHN PAUL II, Redemptoris Missio, n.92

The Season of Faith