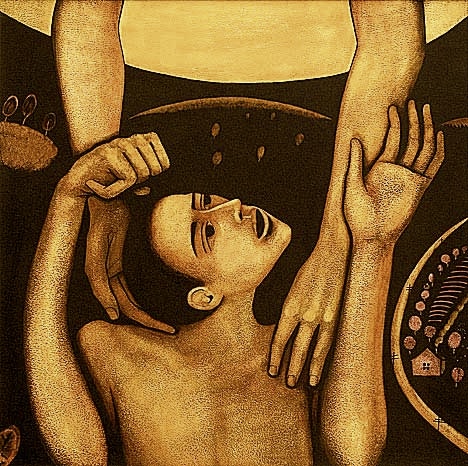 WITHIN only a week of his elevation to the Seat of Peter, Pope Francis I has already given the Church his first encyclical: the teaching of Christian simplicity. There is no document, no pronouncement, no publication—just the powerful witness of an authentic life of Christian poverty.

With nearly every passing day, we see the thread of Cardinal Jorge Bergoglio’s life-before-pope continuing to weave itself into the upholstery of Peter’s seat. Yes, that first pope was just a fisherman, a poor, simple fisherman (the first threads were mere fishing net). When Peter descended the steps of the Upper Room (and began his ascent of the heavenly steps), he was not accompanied by a security detail, even though the threat against the newborn Church was real. He walked among the poor, the sick, and the lame: “ 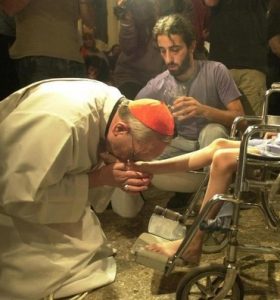 Silver and gold, have I none, but what I do have I give you: in the name of Jesus Christ the Nazorean, rises and walk.”  [1]cf. Acts 3:6 So too, Pope Francis has ridden the bus, walked among the crowds, lowered his bullet-proof shield, and let us “taste and see” the love of Christ. He even personally phoned to cancel his newspaper delivery back in Argentina. [2]www.catholicnewsagency.com