THE NOW WORD ON MASS READINGS
for Saturday of the Fourth Week of Lent, March 21st, 2015 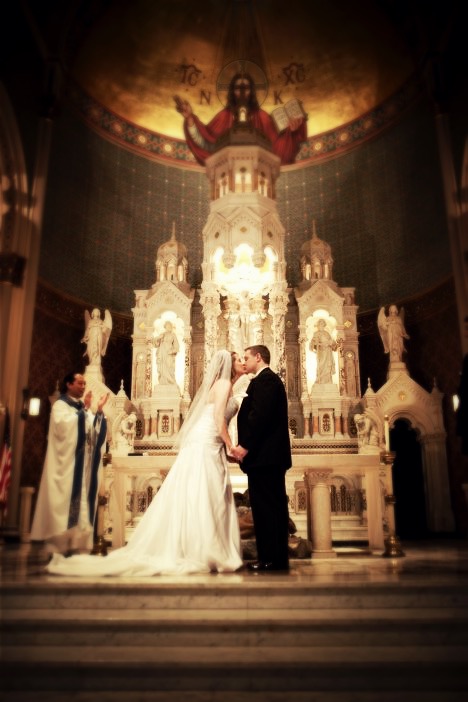 WHEN Jesus became man and began His ministry, He announced that humanity had entered the “fullness of time.” [1]cf. Mark 1:15 What does this mysterious phrase mean two thousand years later? It is important to understand because it reveals to us the “end time” plan that is now unfolding…

We could say that the coming of Jesus into the world was the beginning of the “fullness of time.” As John Paul II said:

This “fullness” marks the moment when, with the entrance of the eternal into time, time itself is redeemed, and being filled with the mystery of Christ becomes definitively “salvation time.” Finally, this “fullness” designates the hidden beginning of the Church’s journey. —POPE JOHN PAUL II, Redemptoris Mater, n. 1

Time has been fulfilled, but not yet consummated. That is, Christ the “head” accomplished redemption for mankind upon the Cross, but it remains yet for His “body”, the Church, to bring it to completion.

…as we stand at the threshold of the next millennium… there must be a continuation and further development of the “fullness of time” that belongs the ineffable mystery of the Incarnation of the Word. —POPE JOHN PAUL II, Redemptoris Custos, n. 32

There is as much confusion today about the Church’s eschatological role as there is in today’s Gospel over Jesus’ role. Some said of Him, “This is truly the Prophet” while others thought Him to be the Messiah, which is what “the Christ” means. [2]“Anointed one” Jesus was indeed the Messiah, but what about “the Prophet”? There was an expectation among the Jews that, in the last times, a special prophet would come. This idea seemed to develop into the expectation of both the Messiah and a reprisal of the prophet Elijah. [3]cf. Deut 18:18; also see Mal 3:23 and Matt 27:49 Jesus at one point addressed this expectation:

Elijah will indeed come and restore all things; but I tell you that Elijah has already come. (Matt 17:9)

That is to say that John the Baptist fulfilled this prophecy, and yet Jesus says Elijah will indeed “come and restore all things.” So the Church Fathers taught that, towards the end of the world, this prophecy of a restoration through Elijah [4]cf. When Elijah Returns would come about:

Enoch and Elijah… live even now and shall live until they come to oppose Antichrist himself, and to preserve the elect in the faith of Christ, and in the end shall convert the Jews, and it is certain that this has not yet been fulfilled. —St. Robert Bellarmine, Liber Tertius, P. 434

So Elijah has come, but is still coming. Jesus uses this kind of seemingly contradictory language throughout the Gospels where He affirms that time is fulfilled, and yet awaits to be completed. For example:

Jesus is speaking both for Himself and His Body, the Church, for they are one. Thus, time will not reach completion until the Scriptures that apply to Jesus are likewise fulfilled in His Church—albeit in a different mode.

The cup that I drink, you will drink, and with the baptism with which I am baptized, you will be baptized… No slave is greater than his master. If they persecuted me, they will also persecute you. If they kept my word, they will also keep yours… Whoever serves me must follow me, and where I am, there also will my servant be. (Mark 10:39; John 15:20; 12:26)

This is no novel idea, but the teaching of the Church:

The Church will enter the glory of the kingdom only through this final Passover, when she will follow her Lord in his death and Resurrection. —Catechism of the Catholic Church, n. 677

We can better understand what exactly the “completion” of the “fullness of time” looks like in the Blessed Mother. For she is a mirror of the Church, the Church in personi. [5]cf. Key to the Woman John Paul II wrote that the     ‘ “fullness of time”… marks the moment when the Holy Spirit, who had already infused the fullness of grace into Mary of Nazareth, formed in her virginal womb the human nature of Christ.’ [6]Redemptoris Mater, n. 12 Mary was “full of grace,” yes, and yet, it remained for that fullness to be brought to completion. And here is how:

The fullness of grace announced by the angel means the gift of God himself. —POPE JOHN PAUL II, Redemptoris Mater, n. 12

This is what remains now for the Church to give: her total fiat, in order that Christ may reign in her, and the Kingdom reign on earth as it is in heaven—the consummation of the fullness of time. [8]see The Coming New and Divine Holiness

Oh! when in every city and village the law of the Lord is faithfully observed, when respect is shown for sacred things, when the Sacraments are frequented, and the ordinances of Christian life fulfilled, there will certainly be no more need for us to labor further to see all things restored in Christ… All this, Venerable Brethren, We believe and expect with unshakable faith. —POPE PIUS X, E Supremi, Encyclical “On the Restoration of All Things”, n.14, 6-7

Every month, Mark writes the equivalent of a book,
at no cost to his readers.
But he still has a family to support
and a ministry to operate.
Your tithe is needed and appreciated.