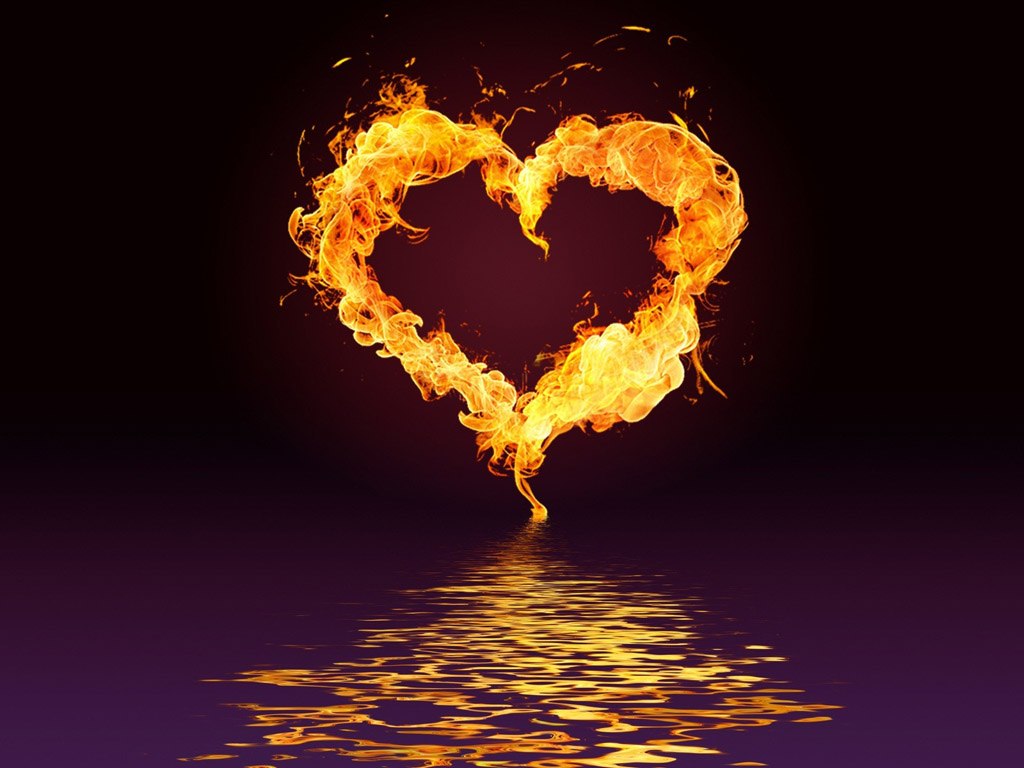 THE temptation many of us face today is to discouragement and despair: discouragement that evil seems to be winning; despair that there seems to be no humanly possibly way for the rapid decline in morals to be stopped nor the subsequent rising persecution against the faithful. Perhaps you can identify with St. Louis de Montfort’s cry…

Your divine commandments are broken, your Gospel is thrown aside, torrents of iniquity flood the whole earth carrying away even your servants… Will everything come to the same end as Sodom and Gomorrah? Will you never break your silence? Will you tolerate all this for ever? Is it not true that your will must be done on earth as it is in heaven? Is it not true that your kingdom must come? Did you not give to some souls, dear to you, a vision of the future renewal of the Church? —Prayer for Missionaries, n. 5; www.ewtn.com

To those last questions, yes—the answer is yes! Indeed, while Satan has unleashed a torrent of deception against the world (insofar as God has allowed him), the Lord has been preparing a torrent of grace, one that will change the course of history as it brings about the Kingdom of God to the ends of the earth.

I have come to set the earth on fire, and how I wish it were already blazing! (Today’s Gospel)

We have been given a glimpse of what God is planning, and has already begun, through the approved messages of Elizabeth Kindelmann, which explain in greater detail the coming victory of the “Woman clothed in the sun” over the dragon.

The elect souls will have to fight the Prince of Darkness. It will be a frightening storm—no, not a storm, but a hurricane devastating everything! He even wants to destroy the faith and confidence of the elect. I will always be beside you in the storm that is now brewing. I am your mother. I can help you and I want to! You will see everywhere the light of my Flame of Love sprouting out like a flash of lightning illuminating Heaven and earth, and with which I will inflame even the dark and languid souls. —Message from Blessed Virgin Mary to Elizabeth Kindelmann

This Flame in Our Lady’s heart, she said, is “Jesus.” And He told Elizabeth that this Flame of Love will be poured out through His Mother and the Holy Spirit as in a “new Pentecost.”

I could compare this torrential flood (of grace) to the first Pentecost. It will submerge the earth by the power of the Holy Spirit. All mankind will take heed at the time of this great miracle. Here comes the torrential flow of the Flame of Love of My most Holy Mother. The world darkened already by lack of faith will undergo formidable tremors and then people will believe! These jolts will give rise to a new world by the power of faith. Trust, confirmed by faith, will take root in souls and the face of the earth will thus be renewed. For never has such a flow of grace ever been given since the Word become flesh. This renewing of the earth, tested by suffering, will take place through the power and the imploring force of the Blessed Virgin! —Jesus to Elizabeth Kindelmann

This “eye of the Storm” will establish in the “elect” the reign of the Kingdom of God such that the latter part of the Pater Noster may begin to reach its prophetic destiny: “thy kingdom come, thy will be done on earth as it is in heaven.” Thus, praying for the “triumph of the Immaculate Heart”, said Pope Benedict, is…

And so, brothers and sisters, recognize the demonic distraction that discouragement and despair are: the evil one’s tools to draw you away from preparing for a new Pentecost. Our Lady has been forming an “upper room” for a very long time now to prepare us for this great grace.

The Church of the Millennium must have an increased consciousness of being the Kingdom of God in its initial stage. —ST. JOHN PAUL II, L’Osservatore Romano, English Edition, April 25th, 1988

The Mass readings today continue to teach us how to prepare, to not fall asleep, to not be lulled into complacency or desensitized to the gravity of sin. It is clear how one aspect of the torrent spewed from the dragon’s mouth—pornography—is a direct attack on our preparedness:

For just as you presented the parts of your bodies as slaves to impurity and to lawlessness for lawlessness, so now present them as slaves to righteousness for sanctification. (First reading)

Today’s Psalm gives us the key to avoiding immorality. And that is to “put on the Lord Jesus Christ, and make no provision for the desires of the flesh.” (Rom 13:14) That is, don’t even walk down sin’s street, let alone enter its house (see The Hunted). In a word, avoid the near occasion of sin.

Blessed the man who follows not the counsel of the wicked nor walks in the way of sinners, nor sits in the company of the insolent, but delights in the law of the Lord and meditates on his law day and night. (Today’s Psalm)

Ask yourself if you have been desensitized to immorality. Do you read gossip on the sex lives of the stars? Do you watch videos or programs that demean sexuality? Do you click on those sidebars that lead to sitting “in the company of sinners”? Moreover, have you embraced the whole of our Catholic Faith, or have you dismissed her teachings on marriage, contraception, and premarital sex as “out of touch” or not a “big deal”?

The way to “sensitize” yourself again, to purify your heart once more, is to “put on the Lord Jesus Christ”. That is, to rediscover the truth that sets you free. I have written a five-part series on Human Sexuality and Freedom that has been, thank God, a tremendous help to a number of people to help them recover their sexual dignity. Second, it is essential to renew a life of daily prayer, setting aside time for just you and God. Speak to Him from the heart, and “delight in the law of the Lord,” that is, meditate on the Scriptures, which are “living and effective”.[1]Heb 4:12 And have regular recourse to the sacraments of Confession and Holy Communion. In this way, you will regain the innocence you have lost, acquire the Wisdom you need, and the power to overcome the temptations of darkness.

Christ did not promise an easy life. Those who desire comforts have dialed the wrong number. Rather, he shows us the way to
great things, the good, toward an authentic life. —POPE BENEDICT XVI, Address to German Pilgrims, April 25th, 2005

We are in a battle! Learn to fight for your King, who fights for you. [2]cf. James 4:8 More than that, you will share in His glorious reign when the night of the dragon is finally over.

It will be the Great Miracle of light blinding Satan… The torrential flood of blessings about to jolt the world must begin with the small number of the most humble souls. Each person getting this message should receive it as an invitation and no one should take offense nor ignore it… —message to Elizabeth Kindlemann; see www.flameoflove.org

Not that Pentecost has ever ceased to be an actuality during the whole history of the Church, but so great are the needs and the perils of the present age, so vast the horizon of mankind drawn towards world coexistence and powerless to achieve it, that there is no salvation for it except in a new outpouring of the gift of God. —POPE PAUL VI, Gaudete in Domino, May 9th, 1975, Sect. VII; www.vatican.va

The Convergence and the Blessing

More on the Flame of Love

The Tiger in the Cage

Thanks for your love, prayers, and support!