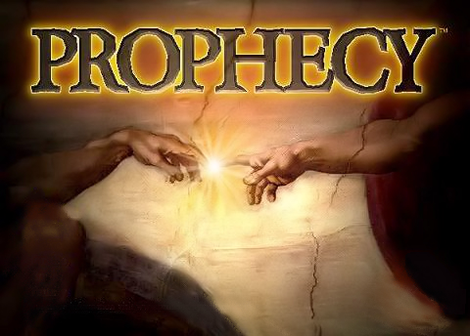 WE are living in a time when prophecy has perhaps never been so important, and yet, so misunderstood by the vast majority of Catholics. There are three harmful positions being taken today regarding prophetic or “private” revelations that, I believe, are doing at times great damage in many quarters of the Church. One is that “private revelations” never have to be heeded since all we are obligated to believe is the definitive Revelation of Christ in the “deposit of faith.” Another harm being done is by those who tend to not only put prophecy above the Magisterium, but give it the same authority as Sacred Scripture. And last, there is the position that most prophecy, unless uttered by saints or found without error, should be mostly shunned. Again, all these positions above carry unfortunate and even dangerous pitfalls.

PROPHECY: DO WE NEED IT?

I would have to agree with Archbishop Rino Fisichella who said,

In the last century, in particular, Western theological “development” has not only downplayed the significance of mysticism in the Church, but even the supernatural regarding Christ’s own miracles and divinity. This has had a tremendous sterilizing affect upon the living Word of God, both the logos (generally referring to the inspired written Word) and rhema (generally spoken words or utterances). There is a common fallacy that, with the death of John the Baptist, prophecy ceased in the Church. It has not ceased, rather, it has taken on different dimensions.

Prophecy has changed immensely throughout history, especially with regard to its status within the institutional Church, but prophecy has never ceased. — Niels Christian Hvidt, theologian, Christian Prophecy, p. 36, Oxford University Press

It is not [so-called “private” revelations’] role to improve or complete Christ’s definitive Revelation, but to help live more fully by it in a certain period of history… Christian faith cannot accept “revelations” that claim to surpass or correct the Revelation of which Christ is the fulfillment.—Catechism of the Catholic Church, n. 67

The prophet is someone who tells the truth on the strength of his contact with God—the truth for today, which also, naturally, sheds light on the future. —Cardinal Joseph Ratzinger (POPE BENEDICT XVI), Christian Prophecy, The Post-Biblical Tradition, Niels Christian Hvidt, Foreword, p. vii

Now, there are times when the Church passes through periods of great darkness, persecutions, and insidious attacks. It is at times like these that, 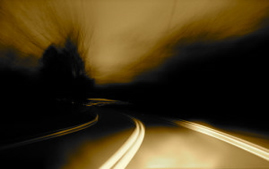 despite the “interior lights” of the car that infallibly navigate, the headlights of prophecy are necessary to illuminate the way insofar as showing us how to live the hour. An example would be the remedies provided by Our Lady of Fatima: consecration of Russia, First Saturdays, and the Rosary as means to circumvent war, disasters, and the “errors” that led to Communism. It should become clear at this moment then that, while not adding to the definitive Revelation of the Church, these so-called “private” revelations have had the power to alter the future if heeded. How can they not be important? Furthermore, how can we call them “private” revelations? There is nothing private about a prophetic word intended for the whole Church.

One can therefore simply ask why God provides [revelations] continuously [in the first place if] they hardly need to be heeded by the Church. —Mistica oggettiva, n. 35

So important was prophecy in St. Paul’s view, that after his beautiful discourse on love in which he says “if I have the gift of prophecy… but do not have love, I am nothing,” [1]cf. 1 Cor 13:2 he goes on to instruct:

Pursue love, but strive eagerly for the spiritual gifts, above all that you may prophesy. (1 Cor 14:1)

In his list of the spiritual offices, St. Paul places “prophets” only second to that of the Apostles and before evangelists, pastors, and teachers. [2]cf. Eph 4:11 Indeed,

Christ… fulfills this prophetic office, not only by the hierarchy… but also by the laity. —Catechism of the Catholic Church, n. 904

Popes, particularly of the past century, have not only been open to this charism, but encouraged the Church to listen to their prophets:

In every age the Church has received the charism of prophecy, which must be scrutinized but not scorned. —Cardinal 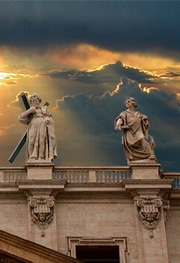 He to whom that private revelation is proposed and announced, ought to believe and obey the command or message of God, if it be proposed to him on sufficient evidence… For God speaks to him, at least by means of another, and therefore requires him to believe; hence it is, that he is bound to believe God, Who requires him to do so. —BENEDICT XIV, Heroic Virtue, Vol III, p. 394

Those who have fallen into this worldliness look on from above and afar, they reject the prophecy of their brothers and sisters… —POPE FRANCIS, Evangelii Gaudium, n. 97

PROPHETS ARE NOT INFALLIBLE

Perhaps because of the genuine crisis we’ve endured of a deficit in anointed preaching from the pulpit [3]Pope Francis devoted several pages in his recent Apostolic Exhortation to facilitate a renewal in this crucial area of homiletics; cf. Evangelii Gaudium, n. 135-159, many souls have turned to prophetic revelations not only for edification, but direction. But a problem that sometimes arises is the weight to whic h these revelations are given and the lack of prudence and prayer that should accompany them. Even if the prophecies come from a saint.

Mystical theologian, Rev. Joseph Iannuzzi, who is perhaps one of the foremost experts in the Church today on the interpretation of prophetic revelations, writes:

It may come as a shock to some that nearly all mystical literature contains grammatical errors (form) and, on occasion, doctrinal errors (substance). —Newsletter, Missionaries of the Holy Trinity, January-May 2014 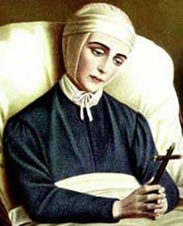 Conforming to prudence and sacred accuracy, people cannot deal with private revelations as if they were canonical books or decrees of the Holy See… For example, who could ratify in full all the visions of Catherine Emmerich and St. Brigitte, which show evident discrepancies? —St. Hannibal, in a letter to Fr. Peter Bergamaschi who had published all the unedited writings of Benedictine mystic, St. M. Cecilia; Ibid.

In this past year, terrible divisions have been created in many countries by those who follow the alleged seer, “Maria Divine Mercy,” whose archbishop recently declared that her revelations ‘have no ecclesiastical approval and many of the texts are in contradiction with Catholic theology.’ [4]cf. “Statement of the Archdiocese of Dublinon the Alleged Visionary “Maria Divine Mercy”; www.dublindiocese.ie The problem is not only did the seer herself equate her messages to Sacred Scripture, [5]cf. alleged message of November 12th, 2010 but many of her followers act as such toward her claims—messages that at times are clearly in ‘contradiction with Catholic theology.’ [6]cf. “Maria Divine Mercy”: A Theological Evaluation

There are also those who take the position that, if there are inaccuracies, even grammatical or spelling errors, this implies, therefore, that an alleged seer is a “false prophet” for “God does not make mistakes.” Unfortunately, those who judge prophetic revelations in this injurious and narrow way are not few in number.

Rev. Iannuzzi points out that, in his extensive research in this field…

Again, this may shock some readers who say, “Hey! You can’t edit God!” But that is to misunderstand completely the nature of what 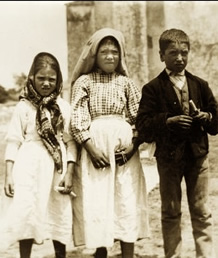 prophecy is, and how it is transmitted: through a human vessel. We already have infallible prophecies as such: they’re called “Sacred Scripture.” To put the seers of Fatima, Garabandal, Medjugorje, La Salette, etc. on this same plane of expectation is a false expectation if not doctrinal error. The appropriate approach is to refrain from interpreting the “pure letter” and seek the “intention” of the prophet by interpreting the body of prophetic words in the light of the Deposit of Faith.

…everything God reveals is received through and according to the subject’s dispositions. In the history of prophetic revelation it is not uncommon that the prophet’s limited and imperfect human nature is impacted by a psychological, moral or spiritual event that may hinder the spiritual enlightenment of God’s revelation from shining perfectly in the prophet’s soul, whereby the prophet’s perception of the revelation is involuntarily altered. —Rev. Joseph Iannuzzi, Newsletter, Missionaries of the Holy Trinity, January-May 2014

Such occasional occurrences of flawed prophetic habit should not lead to the condemnation of the entire body of the supernatural knowledge communicated by the prophet, if it is properly discerned to constitute authentic prophecy. —Dr. Mark Miravalle, Private Revelation: Discerning With the Church, p. 21

This is all to say that the approach toward prophecy in the Church today by some is not only short-sighted, but at times merciless. The hastiness to label seers as “false prophets”, even while investigations into alleged apparitions are ongoing, is sometimes astonishing, particularly when there are obvious “good fruits.” [7]cf. Matt 12:33 An approach which looks for any little error, any slip in virtue or judgment as a justification to completely discredit a seer is not the approach of the Holy See when it comes to discerning prophecy. The Church is generally more patient, more deliberate, more discerning, more 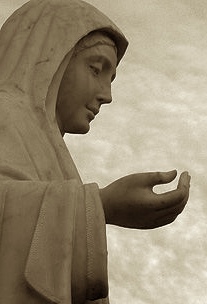 forgiving when taking into consideration the entire body of revelations of an alleged prophet. The following wisdom, one would think, should cause vocal critics to take a more cautious, humble, and like-minded-to-the-Magisterium approach to alleged phenomenon:

For if this endeavor or this activity is of human origin, it will destroy itself. But if it comes from God, you will not be able to destroy them; you may even find yourselves fighting against God. (Acts 5:38-39)

Whether we like it or not, prophecy is going to play a greater role in our times, both good and bad. For Jesus warned that “Many false prophets will arise and deceive many,” [8]cf. Matt 24:11 and St. Peter adds:

It will come to pass in the last days… Your sons and your daughters shall prophesy, your young men shall see visions… (Acts 2:17)

It would be a mistake to “play it safe” and simply disregard all prophecy, or conversely, rush to cling to seers or visionaries with the misguided notion that they will infallibly lead us through these times. We have an infallible leader already, Jesus Christ. And He speaks and continues to speak in the harmonious voice of the Magisterium.

The key to prophecy then is to get in the “Car,” turn on the “lights”, and trust the Holy Spirit to lead you into all truth, since the Car is driven by Christ Himself.