THE NOW WORD ON MASS READINGS
for Wednesday, December 26th, 2016
Feast of St. Stephen the Martyr 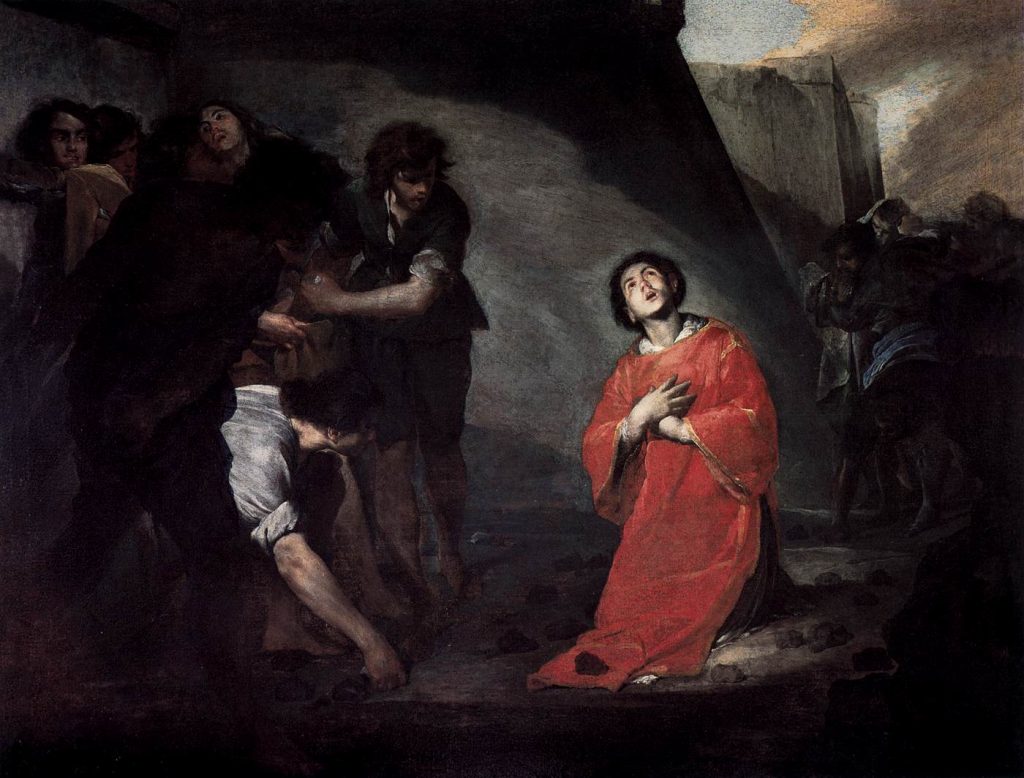 To be a martyr is to feel the storm coming and willingly to endure it at the call of duty, for Christ’s sake, and for the good of the brethren. —Blessed John Henry Newman, from Magnificat, Dec. 26th, 2016

IT may seem odd that, the very next day after the joyful feast of Christmas Day, we commemorate the martyrdom of the first professed Christian. And yet, it is most fitting, because this Babe whom we adore is also a Babe whom we must follow—from the crib to the Cross. While the world races to the nearest stores for “Boxing Day” sales, Christians are called on this day to flee from the world and refocus their eyes and hearts upon eternity. And that requires a renewed renunciation of self—most especially, the renunciation of being liked, accepted, and blended into the landscape of the world. And this all the more as those who hold fast to moral absolutes and Sacred Tradition today are being labeled as “haters”, “rigid”, “intolerant”, “dangerous”, and “terrorists” of the common good.