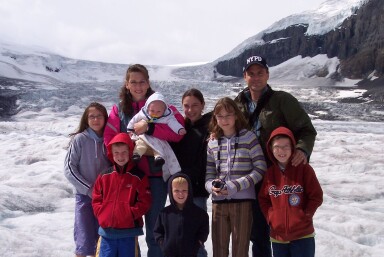 The nine of us were taken on top of Athabasca Glacier in Canada. It was surreal as we stood on ice as deep as the Eiffel tower is high. I say "chisel", because apparently glaciers are what carved earth’s landscapes as we know it.

One could feel the awesome, rugged power of God. This glacier drains into three oceans. It sends torrents of water into major rivers which not only bring fresh water to millions of people, but feeds hydro stations bringing power to major North American cities. And it draws people from around the world to stare in awe at the forces of nature.

But I wonder… did anyone hear the glacier speaking? Like so much of nature today, this glacier too is experiencing "trauma" as it rapidly melts… along with the dramatic floods, devastating tornadoes, violent earthquakes, tsunamis, and deadly heat waves pounding the world. And what exactly was this glacier, along with all of nature saying?

Ever since the creation of the world, his invisible attributes of eternal power and divinity have been able to be understood and perceived in what he has made. As a result, they have no excuse... (Rom 1:20)

To deny God’s existence, evident in the plentitude of supernatural miracles, angelic appearances, and above all, in the wisdom of nature, is neither intellectual nor logical. Paul goes on to say in verse 21-23,

...for although they knew God they did not accord him glory as God or give him thanks. Instead, they became vain in their reasoning, and their senseless minds were darkened. While claiming to be wise, they became fools and exchanged the glory of the immortal God for the likeness of an image of mortal man or of birds or of four-legged animals or of snakes. 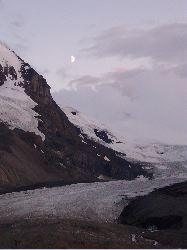