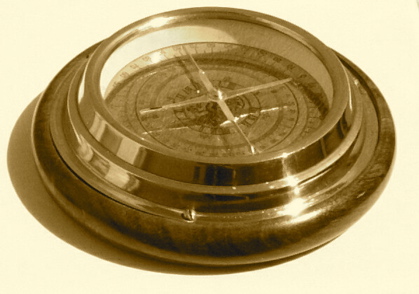 BEFORE I lay out the map of these writings below as they have unfolded this past year, the question is, where do we begin?

THE HOUR IS HERE, AND IS COMING…

I have often written saying that the Church is “in the Garden of Gethsemane.”

The Church formed at the cost of your precious blood is even now conformed to your Passion. —Psalm-prayer, Liturgy of the Hours, Vol III, p.1213

But I have also written saying we are anticipating a “Transfiguration moment” when we will see the condition of our souls as God sees them. In Scripture, the Transfiguration preceded the Garden. However, in a certain sense, the agony of Jesus began with the Transfiguration. For it was there that Moses and Elijah instructed Jesus to go down to Jerusalem where He would suffer and die.

So as I will present here below, I see the Transfiguration and Garden of Gethsemane for the Church as events which are occurring, and yet, still to be anticipated. And as you see below, the culmination of this Transfiguration occurs when Jesus goes down to Jerusalem in His triumphal entry. I compare this to the peak of the Illumination when there is a worldwide manifestation of the Cross.

Indeed, many souls are already in that time of Transfiguration now (this period of anticipation of both suffering and glory). It seems as though there is a Great Awakening whereby many souls are  recognizing the corruption within both their soul and society as never before. They are experiencing anew the great love and mercy of God. And they are being given the understanding of coming trials, and the night which the Church must pass through into a new dawn of peace.

Just as Moses and Elijah forewarned Jesus, we also have been privileged for several decades to have been visited by the Mother of God to prepare the Church for the days ahead. God blessed us with many “Elijahs” who have spoken prophetic words of admonition and encouragement.

Indeed, these are the days of Elijah. Just as Jesus descended the mountain of His Transfiguration into the valley of interior sorrow over His coming passion, we are also living in that interior Garden of Gethsemane as we approach the hour of decision where people will either flee into the false peace and security of a “New World Order,” or remain to drink the cup of glory… and share in the eternal Resurrection of the Lord Jesus Christ.

We are living in the Transfiguration as many Christians are being awakened to the mission which lies ahead of them. Indeed, Christians throughout the world are simultaneously passing through the baptism, ministry, passion, tomb, and resurrection of our Lord.

So then, when we speak of a map or chronology of events here, I am referring to events which are universal in scope and of utmost significance for the Church and mankind. I believe the particular character of these writings that has unfolded is that they lay prophetic events out within the context and path of our Lord’s Passion.

Before Christ’s second coming the Church must pass through a final trial that will shake the faith of many believers. The persecution that accompanies her pilgrimage on earth will unveil the “mystery of iniquity” in the form of a religious deception offering men an apparent solution to their problems at the price of apostasy from the truth. The supreme religious deception is that of the Antichrist, a pseudo-messianism by which man glorifies himself in place of God and of his Messiah come in the flesh. —Catechism of the Catholic Church, n. 675

Events sequenced here, then, follow the Passion, Death, Resurrection, and Ascension of our Lord: the Body follows the Head wherever He goes.

Here is a chronology of events as understood through the writings of the Early Church Fathers, the Catechism, and Sacred Scripture, and further illuminated by the approved private revelation of mystics, saints, and seers. (If you click on the CAPITALIZED words, they will take you to the pertinent writings).

Before his Ascension, Christ affirmed that the hour had not yet come for the glorious establishment of the messianic kingdom awaited by Israel which according to the prophets, was to bring all men the definitive order of justice, love, and peace. According to the Lord, the present time is the time of the of the Spirit and of witness, but also a time still marked by “distress” and the trial of evil which does not spare the Church and ushers in the struggles of the last days. It is a time of waiting and watching.

The Church will enter the glory of the kingdom only through this final Passover, when she will follow her Lord in his death and Resurrection. The kingdom will be fulfilled, then, not by a historic triumph of the Church through a progressive ascendancy, but only by God’s victory over the final unleashing of evil, which will cause his Bride to come down from heaven. God’s triumph over the revolt of evil will take the form of the Last Judgment after the final cosmic upheaval of this passing world. —CCC, 672, 677

It seems presumptuous to me to suggest that this map is written in stone and exactly how it shall be. It is, however, laid out according to the lights which God has given me, the inspirations which have led my research, the guidance of my spiritual director, and most importantly, a map which several of the Early Church Father’s appear to have adhered to.

God’s wisdom is beyond—far beyond our understanding. So, while this in fact may be the path upon which the Church is set, let us never forget the one sure path which Jesus gave us: to be as little children. I believe the strong prophetic word for the Church right now is a word from the Heavenly prophetess, our Blessed Mother—a word I hear her speaking very clearly in my heart:

Stay small. Be very little like me, as your model. Remain humble, praying my Rosary, living each moment for Jesus, seeking His will, and only His will. In this way, you will be safe, and the enemy will not be able to lead you astray.

As I told you, if men do not repent and better themselves, the Father will inflict a terrible punishment on all humanity. It will be a punishment greater than the deluge, such as one will never have seen before. Fire will fall from the sky and will wipe out a great part of humanity, the good as well as the bad, sparing neither priests nor faithful. The survivors will find themselves so desolate that they will envy the dead. The only arms which will remain for you will be the Rosary and the Sign left by My Son. Each day recite the prayers of the Rosary. With the Rosary, pray for the Pope, the bishops and priests.

The work of the devil will infiltrate even into the Church in such a way that one will see cardinals opposing cardinals, bishops against bishops. The priests who venerate me will be scorned and opposed by their confréres…churches and altars [will be] sacked; the Church will be full of those who accept compromises and the demon will press many priests and consecrated souls to leave the service of the Lord.

The demon will be especially implacable against souls consecrated to God. The thought of the loss of so many souls is the cause of my sadness. If sins increase in number and gravity, there will be no longer pardon for them.

…Pray very much the prayers of the Rosary. I alone am able to still save you from the calamities which approach. Those who place their confidence in me will be saved.  —Approved message of the Blessed Virgin Mary to Sr. Agnes Sasagawa , Akita, Japan; EWTN online library.  In 1988, Cardinal Joseph Ratzinger, Prefect for the Congregation for the Doctrine of the Faith, judged the messages of Akita to be reliable and worthy of belief.

Posted in HOME, A HEAVENLY MAP, THE GREAT TRIALS.