THE NOW WORD ON MASS READINGS
for March 14th, 2014
Friday of the First Week of Lent 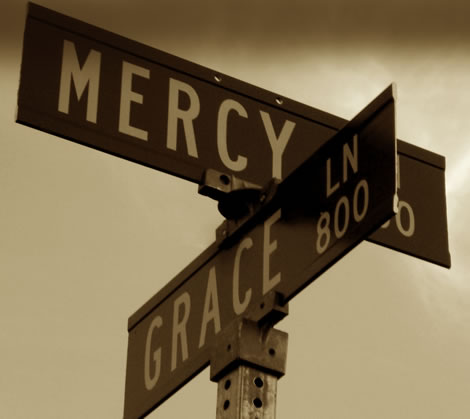 ARE you merciful? It is not one of those questions that we should toss in with others such as, “Are you extroverted, a choleric, or introverted, etc.” No, this question lies at the very heart of what it means to be an authentic Christian:

Be merciful, just as your Father is merciful. (Luke 6:36)

The very character of God, His love, is expressed in His mercy toward us. This could not be clearer than in the first reading today when the Lord promises that He will forgive all the iniquities of the wicked if they but turn back to Him:

And yet, how many Christians rejoiced to see Saddam Hussein dangling by a noose, or Gaddafi’s body being dragged through the streets, or Bin Laden allegedly bloodied and shot? It is one thing to rejoice that, perhaps, a reign of evil is over; it is another to celebrate the death of the wicked. Are we as Christians calling for the fires of divine justice to fall on the earth and wipe out this sinful generation…. or for the fires of divine mercy to convert it?

Life is difficult. The older one gets, the more you realize that it is a continuous journey from mountaintops into the valley of the shadow of death. As David once wrote, “Seventy is the sum of our years, or eighty, if we are strong; most of them are toil and sorrow; they pass quickly, and we are gone…” [1]cf. Psalm 90:10 We can acquire a lot of hurts along the way, a lot of injustices at the hands of others. But even so, we are called to be merciful. Why? Because Christ has forgiven me all my infidelities and injustices, and continues to do so. If I find it hard to forgive another, I would do well to pray today’s Psalm:

If you, O LORD, mark iniquities, LORD, who can stand? But with you is forgiveness… For with the LORD is kindness and with him is plenteous redemption…

Brothers and sisters, as you and I gently but firmly stand our ground on the immutable natural and moral laws on gay marriage, homosexuality, abortion, and fidelity to all of our Catholic Tradition, we will be persecuted. And the most painful persecution is going to come from within, from those who accuse us precisely of being unmerciful for adhering to the truth.

We may see that attacks against the Pope and the Church do not only come from outside; rather, the sufferings of the Church come from inside the Church, from the sin that exists in the Church. This was always common knowledge, but today we see it in truly terrifying form: the greatest persecution of the Church does not come from external enemies, but is born of sin within the Church.” —POPE BENEDICT XVI, interview on flight to Lisbon, Portugal; LifeSiteNews, May 12th, 2010

But today’s Gospel warns not to let anger rule over us, or we will be “liable to judgment.” Rather, we are to be the ones to “go first and be reconciled with your brother…” To be “plenteous” in mercy.

How often others listen little to what we say—but watch intently how we say it! Mercy should imbue everything we do. Some of the most powerful conversions in the history of Christianity have been through the witness of the martyrs loving their persecutors unto death.

This Lent, we need to search our hearts for those against whom we hold grudges, bitterness, cynicism, and unforgiveness… and then be merciful, just as your Father is merciful… Let us be merciful to the end!