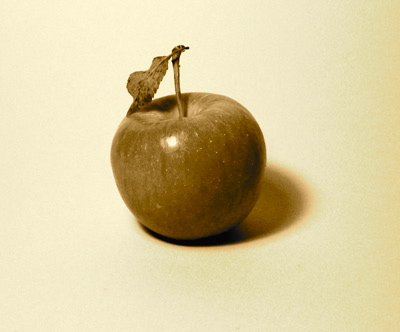 THERE is more coming on the Seven Year Trial series which I am continuing to write and pray about. In the meantime, more signs of the times…

There is a story circulating throughout major news services in the Western world regarding a ‘man’ who has supposedly had a baby. The only problem with the story is that it’s not a man at all but a woman who had her breasts removed, and who takes hormones so she can grow facial hair.

She had a baby this week. This in itself is not remarkable, even though she was impregnated with a syringe normally used to feed birds. What is astonishing is that nearly every media outlet insists on calling this woman a “man” or referring to her as “he” as if this were a completely normal thing.

Just because the media—or the politicians and humans rights tribunals—want to call an apple a peach, it does not change the fact that the apple is still an apple (even if it has a bit of peach fuzz on its chin). The purpose of such media strategy, of course, is to desensitize the public. If we call an apple a peach long enough, then many people will begin to accept this, even though logic, reason, and nature itself dictate that the apple is not, nor can it ever be a peach. If a man were to graft a cat tail to his backside and implant whiskers, and insist to the media that he was a feline, would they begin to report that he was a cat?

Such is the fruit of a society which has come to embrace moral relativism as its central ideology. If everything is relative, then everything, or rather anything, can become morally acceptable given enough time and enough sympathy (or apathy) by the general public. Reason and logic are not guiding principles, nor are natural and moral law. And what God has to say is not even remotely in the picture. If His voice is included, it is only an interpretation of what the person feels God is saying, not what He actually said.

Thus, the world is now on a subjective path where women can say they’re men, scientists can create hybrid human/pig clones, and abortionists such as Canada’s Dr. Henry Morgentaler can be awarded the highest civic honor in the country—a man who is personally responsible for over 100, 000 deaths of the unborn. Because all is relative. There are no absolutes. Next year, perhaps it will be a human/pig who receives the Order of Canada.

For the time will come when people will not tolerate sound doctrine but, following their own desires and insatiable curiosity, will accumulate teachers and will stop listening to the truth and will be diverted to myths. (2 Tim 4:3-4)

There is only one major stumbling block to this new world religion: the Catholic Church. While a fairly significant number of members of this Church have fallen prey to moral relativism, the Church per se has not. The teachings of Catholicism are as Jesus said they would be: built on rock, unshaken in the storms which have assailed her each century.

The Church accepts people as they are. Jesus says the church is like a net, it pulls in everybody, everybody belongs to the Church, there are sinners, there are saints, there are people with wrong ideas. But the Church continues to proclaim what Jesus taught. There is no room in the Church for the acceptance of aberrational ideas. There is room in the Church to accept, to understand and to love people whoever they may be.  Not to tell them that what they are advocating is right, not to justify it.  That is quite different… There are some people who say the Church is intolerant—no! We accept people but we cannot be unfaithful to Christ. We will not accept gay marriage.  The Church has explained this over, and over and over again and she will have to continue to explain it. —Cardinal Justin Rigali, Archbishop of Philadelphia, LifeSiteNews.com, June 28th, 2008

Make no mistake: the enemies of the Church understand this immovable position. In an open editorial criticizing the outspoken Canadian cleric, Bishop Fred Henry, members of one of Canada’s strongest gay advocacy groups wrote:

…we predict that gay marriage will indeed result in the growth of acceptance of homosexuality now underway, as Henry fears. But marriage equality will also contribute to the abandonment of toxic religions, liberating society from the prejudice and hatred that has polluted culture for too long, thanks in part to Fred Henry and his kind. —Kevin Bourassa and Joe Varnell, Purging Toxic Religion in Canada; January 18th, 2005; EGALE (Equality for Gays and Lesbians Everywhere)

Toxic. Prejudiced. Hate-mongerers. Polluters. And we should add to the list “fools“, for that is what St. Paul said we would be called by the world for holding fast to the truth.

I remember a homily a priest gave on gay marriage. It was simple, but powerful. He said,

The Church is obligated to speak the truth about marriage and the human person, not because she is a rulebook keeper, but because she is the guardian and dispenser of truth—truth which sets us free!

An apple is an apple. A peach is a peach. Blue and yellow make green. And as my wife says, “The DNA has the final say.” We are what we are. These are truths the Church will uphold, even at the cost of shedding her blood. For without truth, there can never be freedom, and that freedom was bought at a price… the blood of an innocent Man, God Himself.

If we tell ourselves that the Church ought not to interfere in such matters, we cannot but answer: are we not concerned with the human being? Do not believers, by virtue of the great culture of their faith, have the right to make a pronouncement on all this? Is it not their—our—duty to raise our voices to defend the human being, that creature who, precisely in the inseparable unity of body and spirit, is the image of God? —POPE BENEDICT XVI, Address to the Roman Curia, December 22nd, 2006

Whoever loses his life for my sake and that of the Gospel will save it. (Mark 8:35)