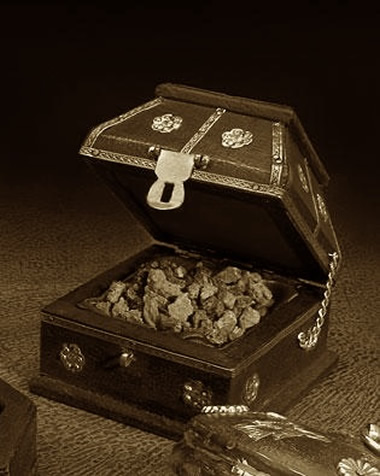 IMAGINE it’s Christmas morning, your spouse leans over with a smile and says, "Here. This is for you." You unwrap the gift and find a small wooden box. You open it and a waft of perfume rises from little resin chunks.

"It’s myrrh. It was used in ancient times for embalming a corpse and burning as an incense at funerals. I thought it would be great at your wake some day."

In many parts of the world, Christmas has become a kind of pseudo-romantic holiday. It is the season of warm fuzzies and gushing sentiments, of happy holidays and warm credit cards. But the first Christmas was quite different.

The last thing a woman, nearly nine months into her pregnancy is thinking about, is traveling. On a donkey, at that. But that’s precisely 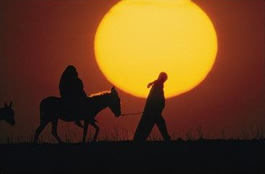 what Joseph and Mary were required to do as the Roman census was compulsory. When they arrived in Bethlehem, a smelly stable was the best Joseph could provide for his wife. And then, in that most private of moments, a raft of visitors started showing up. Strangers. Scruffy shepherds, smelling like goats, poking at the newborn. And then came those wise men and their gifts. Frankincense… nice. Gold… desperately needed. And myrrh?? The last thing a new mother wants to think about while nuzzling her newborn’s silky skin is his funeral. But that prophetic gift of myrrh transcended the moment and foreshadowed that this tiny baby was to become a holocaust for humanity, offered upon a Cross, and laid in a tomb.

That was Christmas Eve.

What followed wasn’t much better. Joseph awakens his wife to tell her that they can no longer go home to the comfort and familiarity of their own walls where a wooden crib he crafted awaits their Child. An angel appeared to him in a dream, and they are to flee at once to Egypt (back on that donkey.) As they commence their journey into a foreign land, they begin to hear stories of Herod’s soldiers murdering male boys under the age of two. They meet wailing mothers along the road… the faces of sorrow and pain.

That was the real Christmas.

Brothers and sisters, I don’t write this to be a "party pooper," as they say. But this Christmas, all the lights and trees and presents, mistletoe, chocolate, turkey, and gravy cannot hide the fact that, like Joseph and Mary, the Body of Jesus—the Church—is undergoing tremendous labor pains. As we see a growing intolerance world-wide for Christianity, one can begin to smell the aroma of myrrh rising again in cities and villages. The intolerance of the world’s Herods lies seething below the surface. And yet, this persecution of the Church is most painful because it has also been coming from within.

It has been a year of "great tribulations," said Pope Benedict XVI in his Christmas greeting to the Roman Curia this week. He recalled a vision of St. Hildegard where she saw the Church as a beautiful 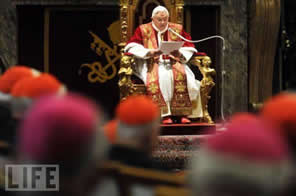 woman whose clothing and face had become dirtied and sullied by sin.

…a vision which describes in a shocking way what we have lived through this past year [with sexual abuse scandals in the priesthood coming to the surface]… In the vision of Saint Hildegard, the face of the Church is stained with dust, and this is how we have seen it. Her garment is torn—by the sins of priests. The way she saw and expressed it is the way we have experienced it this year. We must accept this humiliation as an exhortation to truth and a call to renewal. Only the truth saves. —POPE BENEDICT XVI, Christmas address to the Roman Curia, December 20th, 2010, catholic.org

Truth, that Benedict said last year, is fading throughout the world like a flame about to flicker out. Moreover, as we look across the global landscape, reeling under extreme weather and the threat of war and terrorism, we continue to see the intentional de-construction of sovereign nations (through economic collapse and a growing socio-political chaos) and the rise of a world-wide neo-pagan empire that will have no room for the Church in her "inns". In fact, not much room for many in our society who are considered "dead weight." The spirit of Herod is hovering once again above the vulernable in this culture of death.

Like the Holy Family who fled to Egypt, there is an "Exile" coming…

But to say more today is to lose the ultimate persepective…. 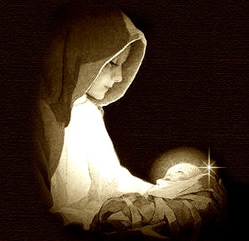 …And that is that during all the struggles and trials of that first Christmas,Jesus was present.

And Jesus is here now with you. He is with you in the midst of a Christmas that may smell more like myrrh than frankincense, that presents more thorns than gold. And perhaps your heart is more frail and impoverished by sin and tiredness, like a stable, than say the Holiday Inn.

Still, Jesus is here! He is present! The fountain of Grace and Mercy flows even in the dead of winter. Like Joseph and Mary, your path is one of surrender after surrender to contradiction after contradiction, to setback after setback, to no answer after no answer. Because really, the will of God is the answer. And His will is expressed to you in both suffering and consolation, in pain and in joy.

My son, when you come to serve the LORD, prepare yourself for trials. Be sincere of heart and steadfast, undisturbed in time of adversity.  Cling to him, forsake him not; thus will your future be great. Accept whatever befalls you, in crushing misfortune be patient; for in fire gold is tested, and worthy men in the crucible of humiliation. Trust God and he will help you; make straight your ways and hope in him. You who fear the LORD, wait for his mercy, turn not away lest you fall. You who fear the LORD, trust him, and your reward will not be lost. You who fear the LORD, hope for good things, for lasting joy and mercy…
Those who fear the LORD prepare their hearts and humble themselves before him. Let us fall into the hands of the LORD and not into the hands of men, for equal to his majesty is the mercy that he shows. (Sirach 2:1-9, 17-18)

How does one prepare one’s heart when, like an old stable, it is crusted over with the manure of sin and leaning under the weight of human weakness? The best one can. That is, by turning to Him in the Sacrament of Confession, He who is our Priest who comes to take away the sins of the world. But don’t forget He is also a carpenter. And the termite ridden wood of human weakness can be strengthened through the Holy Eucharist when we approach Him in trust, openness, and a heart willing to walk in His Holy Will.

That Holy Will that always works toward your good, just as a flame can either warm or burn, cook or consume. So it is with God’s will, it accomplishes in you what is necessary, consuming that which is ungodly and refining that which is good. All of it, like even that little wooden box of myrrh, is a "gift." The difficult part is to surrender to God’s plan, especially when it doesn’t fit your agenda, your "plan." To trust even that God has a plan!

I know in my heart the gift I will be asking for this Christmas, as I kneel beside that manger where lies my Priest, my King and Carpenter. And that is the gift to accept His will and trust Him when so often I feel abandoned and confused. The answer is to look into the eyes of that Christ Child and know that He is present; and that if He is with me—and will never leave me—why am I afraid?

But Zion said, "The LORD has forsaken me; my Lord has forgotten me." Can a mother forget her infant, be without tenderness for the child of her womb? Even should she forget, I will never forget you. See, upon the palms of my hands I have written your name… I am with you always, until the end of the age. (Isaiah 49:14-16, Matt 8:20) 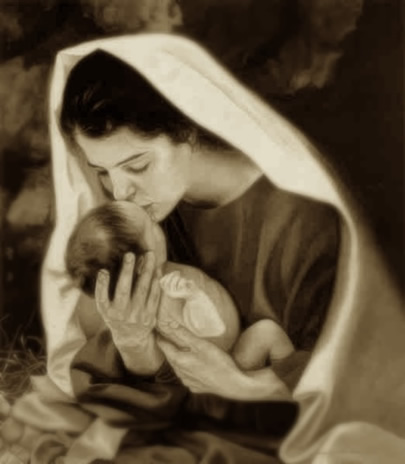