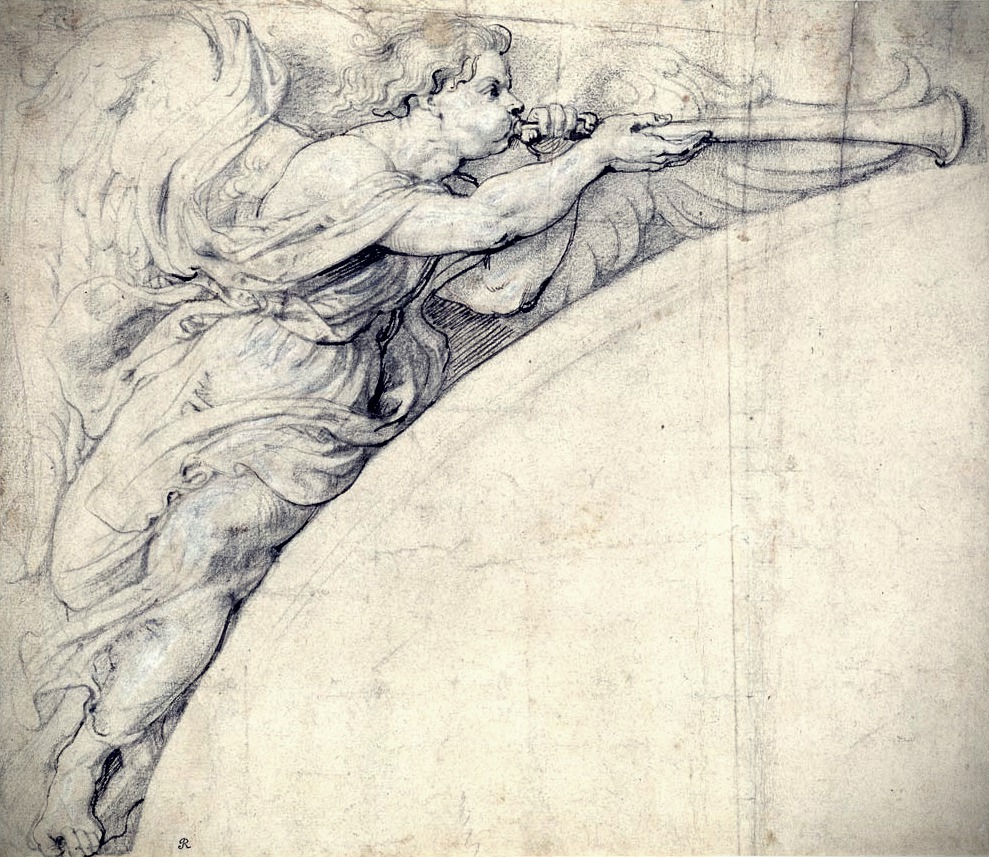 I took a few days off this week to be with family. During that time, this writing from thirteen years ago was ever present on my mind. As I look upon the daily headlines, it is clear that we are seeing this word rapidly fulfilled and in real-time. This writing is a trumpet blast for Christians to prepare themselves for the coming test of their faith. It is not a call to be afraid, but to be faithful. By God’s grace, I hope to continue writing and preparing you for the Great Deception that is already here.

WHILE praying before the Blessed Sacrament, I had the impression of an angel in the mid-heavens hovering above the world and shouting,

As man tries more and more to banish Christ’s presence from the world, wherever they succeed, chaos takes His place. And with chaos, comes fear. And with fear, comes the opportunity to control.

But when God is pushed out of the human heart and out of individual human activities, and as a result pushed out of the activities of institutions, cultures, governments, and nations, love is rejected as well, for God is love. Inevitably, fear is taking His place. All around us, fear is being peddled as a means to maneuver the masses. Sound debates over the economy and global warming are being ignored in favor of rash actions which jeopardize the liberty of individuals and further oppress the poor. Yes, the faces of fear are many… fear of terrorism, fear of climate change, fear of predators, fear of violence, and now, there are those inducing a fear of God and His Church… fear that Catholicism will somehow crush freedom, and therefore, it must be destroyed.

And so, the world is quickly flocking to “government” to save us from our fears rather than to the Wisdom of the Ages. But government without God, who is the Truth, leads to chaos. It leads to a society unguided by the natural and moral laws established by the Creator. Whether individuals in our society realize it or not, the vacuum created by the rejection of God creates a terrible loneliness and sense of meaninglessness—the feeling that life is random, and therefore, one should live it as he pleases, or more tragically, end it all together.

Thus we are witnessing the fruits of this void: corrupt politicians, greedy businessmen, immoral entertainment, and violent music. We are seeing the rise of increasingly gruesome crimes, the slaughter of the unborn, mothers killing their children, assisted suicides, student massacres… all of it leading to more and more fear, and deadbolts and window bars and video cameras dotting our homes and streets. Yes, the rejection of God leads to lawlessness. Can you feel a mentality growing in the world which says that everything is falling apart, so why not just…

Perhaps this is what Jesus meant when He said:

Communism seeks to control through force, Capitalism seeks to control through greed. This leads to governments stepping in, to “allay the burdens of men,” and take control. When the leaders are godless, this control inevitably leads to totalitarianism. Time and time again, a warning continues to rise in my heart: events are coming, and are already occurring, which will rapidly shift the world into anarchy if there is not sufficient repentance and a return to God. Anarchy leads to control, for no society can survive in a condition of chaos. Absolute control of public and private life by the State is therefore the inevitable consequence if we do not seek the true antidote: invite Love back into our hearts. For with Love, comes freedom.

One of the main reasons I think people doubt that we could possibly be heading toward global totalitarianism (a “new world order”) is because it is being talked about so openly.  It is passed off as “conspiracy theory” or delusion. But I believe that many are conscious of this growing danger to our freedoms because God is merciful, and does not want us to be unprepared:

If the Body of Christ is truly following her Head in her own Passion, then we will also be forewarned as was our Lord:

He began to teach them that the Son of Man must suffer greatly and be rejected by the elders, the chief priests, and the scribes, and be killed, and rise after three days. He spoke this openly. (Mark 8:31-32) 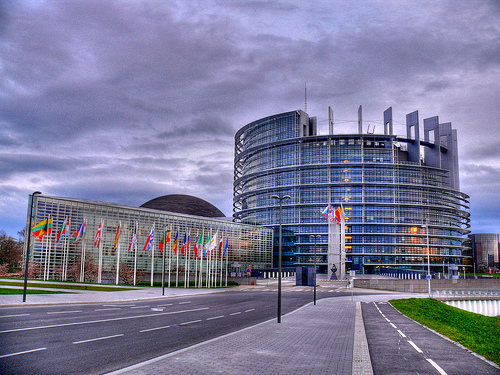 Jesus knew the details of who would persecute him and put him to death. So too, in our day, the main players are being identified and the antagonists revealed. In fact, the main powers are not even attempting to hide their plans as major world leaders call for a new order. Their artwork as well as architecture strangely reflect bygone eras of apostasy. For example, the EU Parliament building in Strasbourg, France was constructed to resemble the tower of Babel (that infamous construction intended to reach the heavens…) The 666th seat in that Parliament has been mysteriously left vacant. And the sculpture outside the Council of Europe 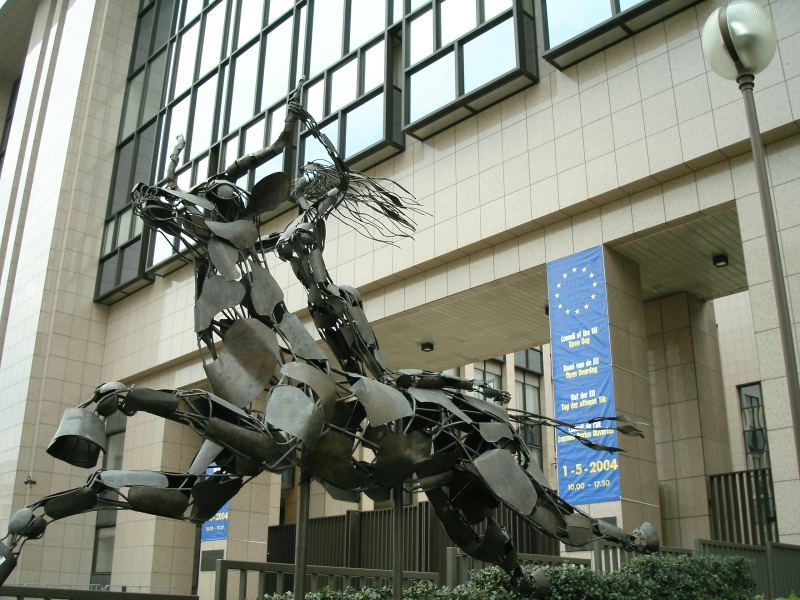 building in Brussels is of a woman riding a beast (“Europa”): a symbol remarkably similar to Revelation 17… the harlot riding the beast with ten horns. Coincidence, or arrogance—pride before the fall?

We should not be surprised that it is spoken of openly, especially by the prophetic voices within the Church. As it was apparent to Christ, so too in our day, the enemies of the Church are making themselves known. But to those who seek to control; to those those 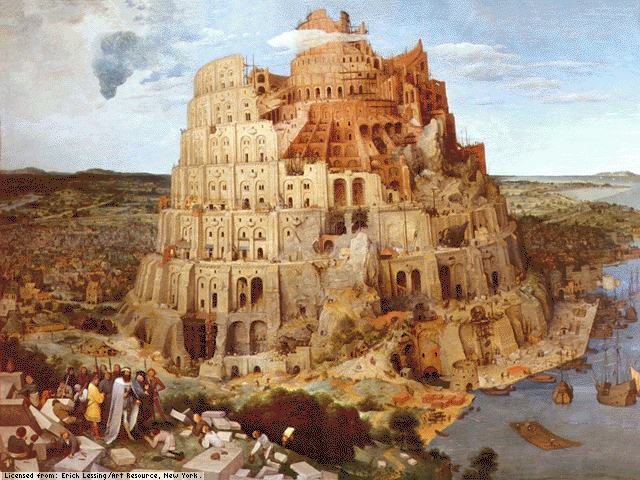 who want to take our freedoms; to those who wish even to take our lives, our response must also be the same as the Head:

Love your enemies, do good to those who hate you, bless those who curse you, pray for those who mistreat you. To the person who strikes you on one cheek, offer the other one as well, and from the person who takes your cloak, do not withhold even your tunic. Give to everyone who asks of you, and from the one who takes what is yours do not demand it back. (Luke 6:27-29)

Evil will not triumph, for mankind cannot control that which he has no control over. Love conquers all.

Be still before the LORD; wait for God. Do not be provoked by the prosperous, nor by malicious schemers. Give up your anger, abandon your wrath; do not be provoked; it brings only harm. Those who do evil will be cut off, but those who wait for the LORD will possess the land. Wait a little, and the wicked will be no more; look for them and they will not be there. But the poor will possess the land, will delight in great prosperity… (Psalm 37: 7-11, 39-10)