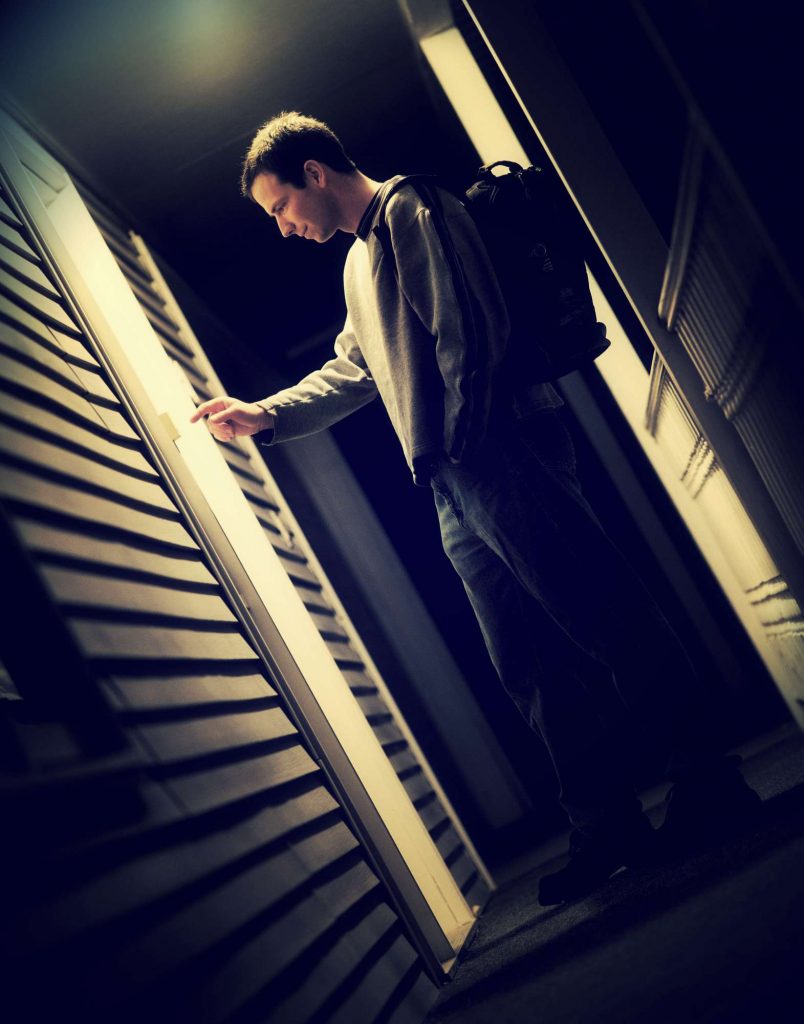 THERE are five simple steps toward full reconciliation with God, our Father. But before I examine them, we need to first address another problem: our distorted image of His fatherhood.

Atheists like to make a case that the God of the Old Testament is “a vindictive, bloodthirsty ethnic cleanser, a misogynistic, homophobic racist, an infanticidal, genocidal, filicidal, pestilential, megalomaniacal, sadomasochistic, capriciously malevolent bully.”[1]Richard Dawkins, The God Delusion But a more careful, less overly-simplified, theologically correct, and unbiased reading of the Old Testament reveals that it is not God who changed, but man.

Adam and Eve were not mere tenants of the Garden of Eden. Rather, they were both material and spiritual co-operators in the ongoing creative act of the universe.

Adam reflected God’s image in his capacity to invest all things with divine light and divine life… he increasingly participated in the Divine Will, and “multiplied” and redoubled the divine power in all things. —Rev. Joseph Iannuzzi, The Gift of Living in the Divine Will in the Writings of Luisa Piccarreta, Kindle Edition, (locations 1009-1022)

Subsequently, when Adam and Eve disobeyed, darkness and death entered the world, and with each new generation, the effects of disobedience multiplied and redoubled sin’s destructive forces. But the Father did not give up on humanity. Rather, according to man’s capacity and free-will response, He began to reveal the path toward the restoration of the Divine Will in us through a series of covenants, revelations, and eventually, the Incarnation of His Son, Jesus Christ.

But what of all that Old Testament violence, etc. that God apparently tolerated?

Last year, a young man approached me after one of my Advent missions. He was distraught and begging for help. The occult, rebellion, and several addictions littered his past. Through a series of conversations and exchanges, I have been helping him back to a place of wholeness according to his capacity and free-will response. The first step was for him to simply know that he is loved, no matter what his past. God is love. He does not change according to our behaviour. Next, I led him to renounce his participation in the occult, which opens doorways to the demonic. From there, I have encouraged him to return to the Sacrament of Reconciliation and regular reception of the Eucharist; to begin eliminating violent video games; to get a job one or two days a week, and so on. It is only in stages that he has been able to move forward.

So it was, not only with the People of God in the Old Testament, but with the New Testament Church as well. How timely is the message allegedly from Our Lady of Medjugorje yesterday:

How many things I desire to teach you. How my motherly heart desires that you be complete, and you can be complete only when your soul, body and love are united within you. I implore you as my children, pray much for the Church and her servants—your shepherds; that the Church may be such as my Son desires—clear as spring water and full of love. —given to Mirjana, March 2nd, 2018

You see, even the Church has not yet arrived at what St. Paul calls “the unity of faith and knowledge of the Son of God, to mature manhood, to the extent of the full stature of Christ.” [2]Eph 4:13 She is not yet that bride “in splendor, without spot or wrinkle or any such thing, that she might be holy and without blemish.” [3]Eph 5:27 Since the Ascension of Christ, God has been slowly revealing, according to our capacity and free-will response, the fullness of His plan in the redemption of mankind.

To one group of people he has shown the way to get to his palace; to a second group he has pointed out the door; to the third he has shown the staircase; to the fourth the first rooms; and to the last group he has opened all the rooms… —Jesus to Luisa Picarretta, Vol. XIV, November 6th, 1922, Saints in the Divine Will by Fr. Sergio Pellegrini, with the approval of the Archbishop of Trani, Giovan Battista Pichierri, p. 23-24

The point is this: it is we, not God, who are fickle. God is love. He has never changed. He has always been mercy and love itself, as we read in the Old Testament today (see liturgical texts here):

Who is there like you, the God who removes guilt and pardons sin for the remnant of his inheritance; who does not persist in anger forever, but delights rather in clemency, and will again have compassion on us, treading underfoot our guilt? (Micah 7:18-19)

He pardons all your iniquities, he heals all your ills… Not according to our sins does he deal with us, nor does he requite us according to our crimes. For as the heavens are high above the earth, so surpassing is his kindness toward those who fear him. As far as the east is from the west, so far has he put our transgressions from us. (Psalm 89)

This is the same Father in the New Testament, as Jesus revealed in the parable of the prodigal son in today’s Gospel…

FIVE STEPS TO THE FATHER

Knowing that your Heavenly Father is kind and merciful, we can return to Him at any moment in five simple steps (if you do not remember the parable of the prodigal son, you can read it here):

I. Decide to come home

The only really terrifying thing about God, so to speak, is that He respects my free-will. I want Him to push me into Heaven! But that is actually beneath our dignity. Love must be a choice. Coming home is a choice. But even if your life and past are covered in “pig slop,” like the prodigal son, you can make that choice right now.

Let no soul fear to draw near to Me, even though its sins be as scarlet. —Jesus to St. Faustina, Divine Mercy in My Soul, Diary, n. 699

Now is the time to say to Jesus: “Lord, I have let myself be deceived; in a thousand ways I have shunned your love, yet here I am once more, to renew my covenant with you. I need you. Save me once again, Lord, take me once more into your redeeming embrace”. How good it feels to come back to him whenever we are lost! Let me say this once more: God never tires of forgiving us; we are the ones who tire of seeking his mercy. —POPE FRANCIS, Evangelii Gaudium, n. 3; vatican.va

You can make the song below your own prayer:

II. Accept that you are loved

The most extraordinary twist in the parable of the prodigal son is that the father runs to, embraces, and kisses the son before the boy makes his confession. God does not love you only when you’re perfect. Rather, He loves you right now for the simple reason that you are His child, His creation; you are His son or daughter.

So, dear soul, just let Him love you.

The Lord does not disappoint those who take this risk; whenever we take a step towards Jesus, we come to realize that he is already there, waiting for us with open arms. —POPE FRANCIS, Evangelii Gaudium, n. 3; vatican.va

There is no genuine reconciliation until we reconcile, first with the truth about ourselves, and then with those whom we have injured. That is why the father does not stop his prodigal son from confessing his unworthiness.

So too, Jesus instituted the Sacrament of Reconciliation when He told the Apostles: “Whose sins you forgive are forgiven them, and whose sins you retain are retained.” [4]John 20:23 So when we confess our sins to God through His representative, the priest, here is the promise:

If we acknowledge our sins, he is faithful and just and will forgive our sins and cleanse us from every wrongdoing. (1 John 1:9)

Were a soul like a decaying corpse so that from a human standpoint, there would be no [hope of] restoration and everything would already be lost, it is not so with God. The miracle of Divine Mercy restores that soul in full. Oh, how miserable are those who do not take advantage of the miracle of God’s mercy! —Divine Mercy in My Soul, Diary, n. 1448

Sometimes Evangelical Christians say to me, “Why don’t you just confess your sins to God directly?” I suppose I could kneel beside my bed and do so (and I do every day). But my pillow, cab driver, or hairdresser do not have the authority to absolve me of my sins, even if I confess to them—while an ordained Catholic priest does: “Whose sins you forgive are forgiven…”

The moment of absolution[5]when the priest pronounces the words of forgiveness: “I absolve you of your sins in the name of the Father, Son, and Holy Spirit…” is the moment when God reclothes me in the dignity of His image in which I am created—when he removes the stained garments of my past that are covered in the pig slop of my sins.

Quickly, bring the finest robe and put it on him; put a ring on his finger and sandals on his feet. (Luke 15:22)

While the first three steps depend upon my free-will, the last two depend upon God’s kindness and benevolence. Not only does He absolve me and restore my dignity, but the Father sees that I am still hungry and in need!

Take the fattened calf and slaughter it. Then let us celebrate with a feast… (Luke 15:23)

You see, the Father is not content to merely absolve you. He desires to heal and restore you fully through a “feast” of grace. Only when you allow Him to continue this restoration—that you choose to “stay home” to obey, learn, and grow—it is “then” the celebration begins.

…we must celebrate and rejoice, because your brother was dead and has come to life again; he was lost and has been found. (Luke 15:23)

If you are able to support this full-time apostolate,
click the button below.
Bless you and thank you!