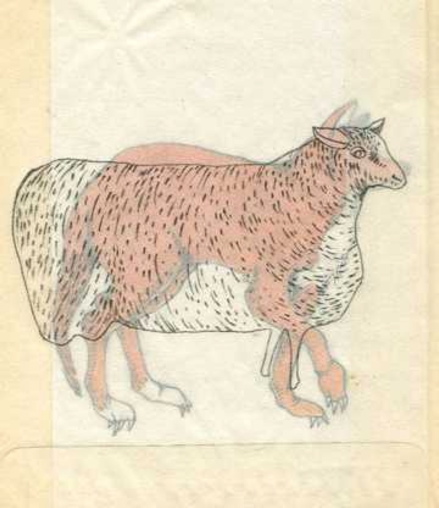 There has been a deluge of deceptions over the course of the past two years (see Deluge of False Prophets). But what is most striking is how they are pitting the Body of Christ, one against the other. Most notable is the acceptance of homosexuality as a good, the ready embrace of The Da Vinci Code myths, and now, the growing, almost fanatical support of Harry Potter by committed Catholics.

One leading American Catholic apologist wrote me recently regarding the Potter phenomenon saying,

I think it’s so strange how otherwise sensible Catholics have jumped on the bandwagon, forgetting all the Church has said about this issue. Very strange indeed. —Patrick Madrid, Catholic apologist and author

What the Church has said is:

It is good that you enlighten people about Harry Potter, because those are subtle seductions which act unnoticed, and by this, deeply distort Christianity in the soul before it can grow properly. —POPE BENEDICT XVI (Cardinal Joseph Ratzinger) in a letter to author, Gabriele Kuby regarding her book exposing the dangers of the Harry Potter series (“Harry Potter- good or evil?”); March 7th, 2003

In a second letter sent to Kuby on May 27, 2003, Cardinal Ratzinger “gladly” gave his permission to make public “my judgment about Harry Potter” (see story at Lifesitenews.com).

It is remarkable to me, then, that Harry Potter is gaining support from even many clergy. Furthermore, “otherwise sensible Catholics” are defending tooth and nail these novels which are based entirely on witchcraft.

Think about it: numerous Catholics are rallying around a book and movie series whose basis is witchcraft.

CULTURE OF THE OCCULT

Then again, it’s not surprising. We live in a culture where the smoke of Satan has entered the Church in various “harmless” forms such as Yoga, Reiki, Labyrinths, and the Enneagram. They have found their way into Catholic churches, convents, conference centers and schools. Of course, these aren’t harmless as many claim. They have their roots in paganism and new age philosophies (which have their roots in demonic inspirations), and have led many unsuspecting people into spiritual bondage. Thus, the Vatican’s recent warning and condemnation of these “harmless” activities (see Jesus Christ: The Bearer Of The Water Of Life).

It doesn’t mean everyone who reads Harry Potter or sits in a yoga position is going to be led into spiritual bondage. But if these things have their roots in spiritual systems opposed to God, is a soul giving Satan even a small foothold through these “subtle seductions?” We need to listen to the Magisterium in these matters. And neither would it hurt to listen to what the chief exorcist of Rome has to say, a man who has dealt firsthand with those who have dabbled in “harmless” activities:

Behind Harry Potter hides the signature of the king of the darkness, the devil…  By reading Harry Potter a young child will be drawn into magic and from there it is a simple step to Satanism and the Devil. —www.Lifesitenews.com, March 1, 2006

Do we believe an exorcist who has had to deliver many souls who started in such seemingly innocent pursuits such as Dungeons and Dragons or Ouiji Boards, and ended up in serious spiritual bondage? Do we ignore his experience, and that of many lay ministers (some of whom I know personally) who have dealt in the occult, and who are sounding LOUD alarms over Harry Potter? The truth is, spells, curses, and hexes are very real, and as Mr. Madrid pointed out to me, some of the spells used in Potter derive from real sources. Is it harmless, then, for an eight year old to repeat real incantations (or templates for them) while reading Potter or in playtime with other Potter groupies? I seriously doubt it.

Growing up in a good Catholic home does not guarantee a child’s immunity to evil’s seductions. How much less is that spiritual immunity when we encourage interest in activities which God strictly condemns. Indeed, it has been reported that Wiccans are very grateful to the Potter series for increasing their membership and general interest in witchcraft. According to one online forum, Wiccans are noting that Rowling ‘”got her magic right” and that it was all very “accurate.”‘

Whoever causes one of these little ones who believe in Me to stumble, it would be better for him to have a heavy millstone hung around his neck, and to be drowned in the depth of the sea. (Matt 18:6)

I have only seen one case of possession in my years, a woman about 5 feet tall. She growled and hissed on the floor at our feet. It took five grown men to carry her tiny frame from the room. The root of her possession?

Witchcraft. Her sister had cursed her.

I have been in and around broken souls for over thirty years, and know the effects of the aforementioned are real and serious. “It’s just harmless fantasy and entertainment,” some will insist (not to mention their further comparisons of Harry Potter to a type of Christ, and its themes echoing John Paul II’s Theology of the Body! Why are we surprised? Satan does not reject, but rather, apes Christianity. Satan does not wish to eliminate “God”—he wishes to replace Him.)

What does Scripture say about entertaining ourselves with seemingly harmless activities such as fortune tellers or the witchcraft of Harry Potter?

Happy indeed is the man who follows not the counsel of the wicked; nor lingers in the way of sinners, nor sits in the company of scorners, but whose delight is the law of the Lord and who ponders his law day and night. (Psalm 1)

Christ not only calls us not to partak e in the occult, but also to avoid “lingering in the way of sinners nor sitting in the the company of scorners.” As Christians, we are to “put on the mind of Christ.” That is, we should not be found lingering in the deathly hallows of witchcraft and the occult for entertainment. Harry Potter uses witchcraft to achieve good in a tale which ultimately leaves one wishing and desiring that he use his magic arts to win. However, the end does not justify the means, and this is the dangerous line which is blurred, so subtly, so attractively.

Christ calls us to fill our minds with light. Just because Britney Spears’ life is smeared across the internet does not make it alright for us to soak in the gossip. Because witchcraft has been fictionalized does not make it any less offensive to God. I am having a difficult time bridging the argument of those who say that witchcraft is wrong, but reading about it for entertainment is just fine. It’s no different than arguing that adultery is wrong, but reading about it in a steamy romance novel for entertainment’s sake is fine.

It is worth noting that of course, Harry Potter, Brokeback Mountain, and The Da Vinci Code are going to be engaging, entertaining, and smart, if not brilliant.  Satan does not show up in a red costume with horns, but in smart packaging, beautiful movie scores, captivating cinematography, and compelling story telling. As author Michael O’Brien recently put it,

We might also consider for a moment the fact that no sane parents would give their children books which portrayed a set of “good” pimps and prostitutes valiantly fighting a set of “bad” pimps and prostitutes, and using the sexual acts of prostitution as the thrilling dynamic of the story. By the same token we should ask ourselves why we continue to imbibe large doses of poison in our cultural consumption, as if this were reasonable and normal living, as if the presence of a few vegetables floating in a bowl of arsenic soup justifies the long-range negative effects of our diet. —www.Lifesitenews.com, August 2oth, 2007

Indeed, when I recently saw Harry Potter novels in a bookstore, they were sitting next to manuals on how to cast genuine spells, curses, and hexes.

Herein lies the purpose of this writing. As I pondered the growing spiritual fogginess within members of the Church, this “slow dance with the devil” in our modern culture (whether souls realize it or not), I heard the Lord telling us once again to “Come out of Babylon!“— not to celebrate it.

I also heard a warning, a very difficult warning:

This present division is only a sign of the painful Great Divide which will come upon the earth. Close friends, family members, and colleagues will divide, one against the other. The temptation to accept the solutions and logic of Satan’s “new world order” will be nearly irresistible, and those who oppose them painted as completely ludicrous and illogical.

Mary is the Ark of safety which I am providing to protect and guide souls through the storm.

Only by responding NOW in this time of grace will souls be able to endure—indeed, pass through the coming trials—with wisdom and clarity. For God is permitting a Great Deception over the earth to sift the weeds from among the wheat. I say it again, the graces to discern truth and falsehood are being given now in this Time of Grace to fill the lamp of our souls with the light of Christ (see Matthew 25:3-4 and The Smoldering Candle). They are being given primarily through prayer, and strengthened through the Sacraments (prayer opens our hearts so that Jesus can fill them with forgiveness, healing, and His very Self in the Eucharist.) For those who have ignored the signs of the times, and chosen instead to loiter in the deathly hallows of Babylon, it will become increasingly difficult to awaken to their danger, and for many it will be too late. God’s Mercy is vast and deep, but it is soon to culminate in a time of Justice, which is the ultimate mercy, because He will not permit evil to continue devouring the good indefinitely.

For God is sending them a deceiving power so that they may believe the lie, that all who have not believed the truth but have approved wrongdoing may be condemned. (2 Thess 2:11-12.)

Is the timing of the Potter series just coincidence, given that Jesus warns us that a False Prophet(s) will arise who will deceive through sorcery (see Matt 24:24; Rev 13:11-14)? Is Harry Potter “softening” a generation for his “white magic”?

I am not condemning those who read Harry Potter. But in this present darkness of our times, we must be cautious of two things: being found asleep, or being lulled asleep by the dazzling neon lights of Babylon and it’s seductive melodies.

Harry Potter is yet one more of those lullabies of the Night.

See to it that no one captivate you with an empty, seductive philosophy according to human tradition, according to the elemental powers of the world and not according to Christ. Take no part in the unfruitful works of darkness, but instead expose them. (Col 2:8; Eph 5:11)