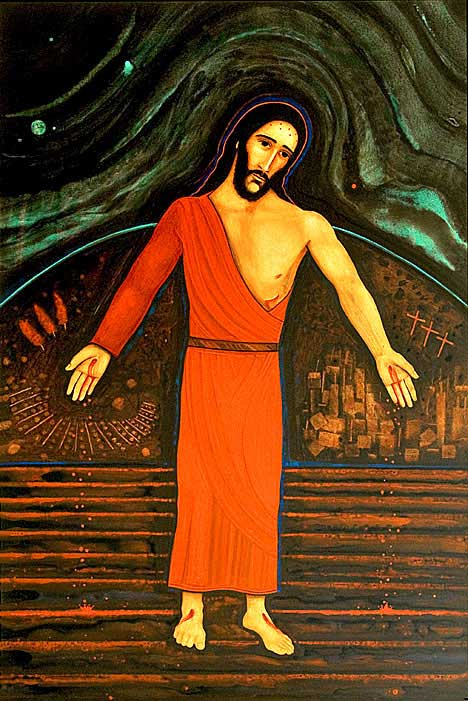 THE premise of all these writings is based on the teaching of the Church that the Body of Christ will follow its Lord, the Head, through a passion of its own.

Before Christ’s second coming the Church must pass through a final trial that will shake the faith of many believers… The Church will enter the glory of the kingdom only through this final Passover, when she will follow her Lord in his death and Resurrection.  —Catechism of the Catholic Church, n. 672, 677

Therefore, I want to put into context my most recent writings on the Eucharist.

There is coming a moment when there will be a revelation of Christ through an “illumination of conscience” which I have compared to the Transfiguration of Christ (see The Coming Transfiguration). This will be a time when Jesus will manifest as light within people’s hearts, revealing to great and small alike the state of their soul as though it were the moment of Judgment. It will be a moment comparable to when Peter, James, and John fell to their faces on Mt. Tabor as they saw Truth revealed to them in dazzling light.

This event was followed by the triumphal entry of Christ into Jerusalem when many people recognized Him as the Messiah. Perhaps we can think of the period between the Transfiguration and this triumphal entry as that period of consciences being awakened which eventually culminates in event of the Illumination. There will be a brief period of evangelization which will follow the Illumination when many will acknowledge Jesus as Lord and Savior. It will be an opportunity for many to “come home” as did the prodigal son, to enter the door of mercy (see The Prodigal Hour).

When the prodigal son returned home, his father declared a feast. After the entry into Jerusalem, Jesus commenced the Last Supper where He instituted the Holy Eucharist. As I wrote in Meeting Face to Face, I believe many will awaken to Christ, not only as the Savior of mankind, but also to His physical Presence among us in the Eucharist:

I believe all these events will precede the passion of the universal or whole Church, just as Christ rose from the Holy Meal with His disciples and entered into His passion. How can this be, you might ask, after the graces of the Illumination, Eucharistic Miracles, and perhaps even a Great Sign? Remember, those who worshiped Jesus upon His entry into Jerusalem only a short time later cried out for His crucifixion! I suspect the change of heart was in part because Christ did not overthrow the Romans. Rather, He continued with His mission to liberate souls from sin—to become a “sign of contradiction” by defeating satanic powers through “weakness” and vanquishing sin through His death. Jesus did not conform to their world view. The world will again reject the Church when, after a time of grace, it realizes that the message is still the same: repentance is necessary for salvation…. and many will not want to give up their sin. The faithful flock will not conform to their world view.

And so, Judas betrayed Christ, the Sanhedrin handed Him over to death, and Peter denied Him. I have written about a coming schism in the Church and a time of persecution (see The Great Scattering).

I have added the above Scriptural parallels to A Heavenly Map.

How soon will all this take place?

When you see a cloud rising in the west you say immediately that it is going to rain–and so it does; and when you notice that the wind is blowing from the south you say that it is going to be hot–and so it is. You hypocrites! You know how to interpret the appearance of the earth and the sky; why do you not know how to interpret the present time? (Luke 12:54-56)