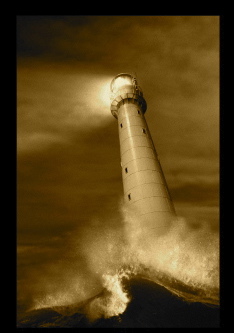 Vast sectors of society are confused about what is right and what is wrong, and are at the mercy of those with the power to “create” opinion and impose it on others.  —POPE JOHN PAUL II, Cherry Creek State Park Homily, Denver, Colorado, 1993

AS I wrote in Trumpets of Warning! – Part V, there is a great storm coming, and it is already here. A massive storm of confusion. As Jesus said,

Already, there is such division, such chaos in the Church ranks, it is sometimes hard to find two priests who agree on the same thing! And the sheep… Jesus Christ have mercy… the sheep are so un-catechized, so starved for truth, that when any semblance of spiritual food comes along, they gobble it up. But all too often, it is laced with poison, or completely devoid of any true mystical nutrition, leaving souls spiritually malnutritioned, if not dead.

So Christ is warning us now to “watch and pray” that we will not be deceived; but He is not leaving us to navigate these treacherous waters on our own. He has given, is giving, and will give us a lighthouse in this storm.

And his name is “Peter”.

Jesus is the Good Shepherd, and the world is in constant search for Him, for His guiding voice. But many refuse to recognize it, and this is why: because he speaks through Peter, that is, the Pope—and those bishops in communion with him. What is the basis for this contentious claim?

Before ascending to Heaven, Jesus took Peter aside after breakfast and asked three times if he loved Him. Each time Peter answered with a yes, Jesus responded,

Earlier, Jesus had said that He was the Great Shepherd. Yet now, the Lord asks another to continue His work, the work of feeding the flock in His physical absence. How does Peter feed us? It is prefigured in the breakfast that the Apostles and Jesus had just shared: bread and fish.

The bread is a symbol of the Sacraments by which Jesus communicates his love, grace, and very Self to us through the hands of Peter and those bishops (and priests) ordained through Apostolic succession.

The fish is a symbol of teaching. Jesus called Peter and the Apostles “fishers of men”. They would cast their nets using words, that is, the “Good News,” the Gospel (Mt 28:19-20; Rom 10:14-15). Jesus himself said, “My food is to do the will of the one who sent me” (Jn 4:34). Therefore, Peter speaks to us the truths passed on to him by Christ so that we will know the will of God. For this is precisely how we the sheep are to remain in Him:

If you keep my commandments, you will remain in my love, just as I have kept my Father’s commandments and remain in his love.  You are my friends if you do what I command you.  This I command you: love one another… (John 15:10, 14, 17)

How can we know what we are commanded to do, what is good and true, unless someone tells us? And so, outside of administering the Sacraments, the Holy Father’s duty is to teach the faith and morals which Christ clearly commanded Peter and his successors to do.

Before ascending into Heaven, Jesus had one last task: to put the house in order.

All power in heaven and on earth has been given to me.

That is to say, “I’m in charge” of the house (or parish which comes from the classical Greek paraoikos meaning “the near house”).  So, He begins to delegate—not to the multitudes—but to the remaining eleven Apostles:

Go, therefore, and make disciples of all nations, baptizing them in the name of the Father, and of the Son, and of the holy Spirit, teaching them to observe all that I have commanded you. And behold, I am with you always, until the end of the age. (Matthew 28:19-20)

But let us not forget the delegating Jesus did earlier in His ministry:

So I say to you, you are Peter, and upon this rock I will build my church, and the gates of the netherworld shall not prevail against it. I will give you the keys to the kingdom of heaven. Whatever you bind on earth shall be bound in heaven; and whatever you loose on earth shall be loosed in heaven. (Matthew 16:18-19)

Sheep need a shepherd, or they will wander off. It is human nature and an anthropological characteristic for humans to desire a leader, whether he is a president, captain, principal, coach—or pope—a Latin word which means “papa”. Is it not clear, as we examine Judas, that when the mind is self-directed it is easily deceived? And yet, how can we know that merely human fishermen will not lead us astray?

Because Jesus said so.

Sitting in the upper room (again with just the chosen Apostles), Jesus promised them:

When the Spirit of truth comes, he will guide you into all truth. (John 16:13)

This is why later on, St. Paul, speaking in a near echo of Christ before His ascension, says:

…if I should be delayed, you should know how to behave in the household of God, which is the Church of the living God, the pillar and foundation of truth. (1 Timothy 3:15)

Truth flows from the Church, not simply the Bible. Indeed, it was the successors of Peter and the other Apostles who some four hundred years after Christ, put together a select group of letters and books which came to be called the “Holy Bible.” It was their understanding, guided by the light of the Holy Spirit, that discerned which writings were divinely inspired, and which were not. You could say that the Church is the key to unlocking the Bible. The Pope is the one who holds the key.

This is crucial to understand in these days, and in the coming days of confusion!  For there are those who interpret Scripture to there own imaginations:

There are some things in [Paul’s writings] hard to understand, which the ignorant and unstable twist to their own destruction, as they do the other Scriptures. You therefore, beloved, knowing this beforehand, beware lest you be carried away with the error of lawless men a nd lose your own stability. (2 Peter 3:16-17)

Knowing full well that there would be other Judases who would attempt to create schism, Jesus commanded Peter to safeguard the other Apostles… and future bishops:

Once you have turned back, you must strengthen your brothers. (Luke 22:32)

That is, be a lighthouse.

…the Church [ ] intends to continue to raise her voice in defense of mankind, even when policies of states and the majority of public opinion moves in the opposite direction. Truth, indeed, draws strength from itself and not from the amount of consent it arouses.  —POPE BENEDICT XVI, Vatican, March 20, 2006; LifeSiteNews.com

Or Bavaria, Germany. Or Wadowice, Poland…

But here is the underlying strength of Peter: after Jesus commanded him three times to feed his sheep, Jesus then said, “Follow me.” It is only in following Christ so wholeheartedly that the popes, especially in these modern times, have been able to feed us so well. They give what they themselves have been given.

It is in weakness that Christ is strong. Despite some very sinful popes in the past 2000 years, not one of them has ever failed the mission of guarding the truth—”the deposit of faith”—that Jesus entrusted to them. That is an absolute miracle the world has forgotten, many Protestants do not realize, and most Catholics have not been taught.

With confidence in the Lord, then, look to Peter’s successor through whom Christ is present to us; listen for the Master’s voice speaking through the roar of the storm through His vicar, leading us by the light of truth past the treacherous rocks and shoals which lie directly ahead on the turbulent waves of time. For even now, great waves have begun to buffet the “rock”….

Everyone who listens to these words of mine and acts on them will be like a wise man who built his house on rock. The rain fell, the floods came, and the winds blew and buffeted the house. But it did not collapse; it had been set solidly on rock.

And everyone who listens to these words of mine but does not act on them will be like a fool who built his house on sand. The rain fell, the floods came, and the winds blew and buffeted the house. And it collapsed and was completely ruined. (Matthew 7;24-27)