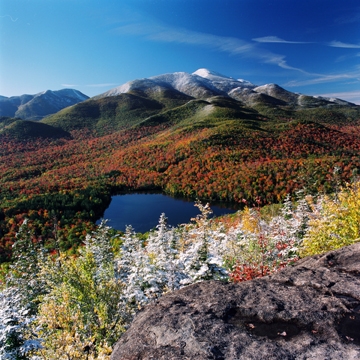 MEMORIAL OF ST. FRANCIS OF ASSISI

I HAVE many Protestant readers. One of them wrote me regarding the recent article My Sheep Will Know My Voice in the Storm, and asked:

Where does this leave me as a Protestant?

Jesus said He would build His Church on “rock”—that is, Peter—or in Christ’s Aramaic language: “Cephas”, which means “rock”. So, think of the Church then as a Mountain.

Foothills precede a mountain, and so I think of them as “Baptism”. One passes through the Foothills to reach the Mountain.

Now, Jesus said, “On this rock I will build my church”—not churches (Matt 16:18). If that is the case, the one Church which Christ built can only be found in one place:  on “the rock”, that is, “Peter” and his successors. Thus, logically, the Mountain is the Catholic Church since that is where the unbroken line of Popes is to be found. Ergo, it is where the unbroken chain of the Lord’s teachings is found in its entrusted entirety.

“Come, let us climb the Lord’s mountain, to the house of the God of Jacob, that he may instruct us in his ways, and we may walk in his paths.” For from Zion shall go forth instruction… (Isaiah 2:3)

The Church in this world is the sacrament of salvation, the sign and the instrument of the communion of God and men. —Catechism of the Catholic Church, 780

Are you on the Mountain, or in the Foothills at its base, or perhaps, somewhere out in the plains?

The Summit of the Mountain is Jesus, the Head of the Church. You could also say the Summit is the Holy Trinity since Jesus is one with the Father and the Holy Spirit. It is toward the Summit that all the truths which are to be found in other major religions are pointing. And really, it is the Summit which all men seek, whether they realize it or not.

However, not everyone is on the Mountain.  Some refuse to enter the Foothills of Baptism, rejecting as yet (at least intellectually or perhaps unknowingly) that Jesus is the Messiah. Others have entered the Foothills, but refuse to climb the Mountain. They reject (perhaps unknowingly) the surrounding Forest of Dogmas, such as Purgatory, the intercession of the Saints, the all-male priesthood… or they refuse to pass by the towering Cedars of Human Dignity, from conception to natural death. Still others consider as intellectually impassible the majestic slopes of Mary. Still, others feel threatened by the colossal cliffs of the Sacraments, lined with the snow-capped Peak of the Apostles.

And so, many linger in the Foothills of Fundamentals, leaping from hillside to mound, bank to bluff, prayer meeting to bible study, pausing to drink from the Waters of Worship and the Streams of Scripture (which incidentally, run down from the snow-cap, from that Peak where the sparkling Inspiration of the Holy Spirit gathered after Pentecost. After all, it was the Apostle’s successors who around the fourth century determined what was pure water (inspired Scripture), and which was not, keeping only the untainted Tenet’s of Truth, letting the rest fall into the valleys below…) Sadly, some souls eventually tire of the low altitudes. They decide to leave the mountains altogether, believing the lie that the Mountain is just a futile rockslide… or, an evil volcano, intent on subduing whatever lies in its path.  Born with a desire to touch the sky, they travel into the Cities of Self-Deception to buy “wings”, at the price of their soul.

And yet, others dance through the hills, as if on the wings of the Spirit… They wish to fly, and it seems to me, their desire is leading them closer to the Mountain, even to its very base.

But there is also a startling sight: many souls are sleeping on the Mountain… while others are mired in the Muds of Stagnancy and Pools of Complacency.  Others are tumbling and many running off the Mountain by the tens of thousands—some even in white robes and collars! Because of this, many in the Foothills fear the Mountain, for the cascade of souls looks very much like an avalanche indeed!

So where does that leave you, dear reader? Though only you and God know your heart, the Church might say:

Yes, we must all ask, “Where am I?”—whether Catholic or Protestant or what have you. For some hills do not belong to God’s Range, and many valleys look like mountains when you’re at the bottom of them.

Lastly, some reponses from the Apostle Paul, and his successors:

TO THOSE ON THE MOUNTAIN

Obey your leaders and defer to them, for they keep watch over you and will have to give an account, that they may fulfill their task with joy and not with sorrow, for that would be of no advantage to you. (Hebrews 13:17; Paul speaking to the believers regarding their bishops and leaders.)

Stand firm and hold to the traditions which you were taught by us, either by word of mouth or by letter. (2 Thessalonians 2:15 ; Paul speaking to the believers of Thessalonica)

TO THOSE NEAR THE MOUNTAIN TOP

Keep watch over yourselves and over the whole flock of which the Holy Spirit has appointed you overseers, in which you tend the church of God that he acquired with his own blood. (Acts 20:28; Paul addressing the first bishops of the Church)

Guard the truth that has been entrusted to you by the Holy Spirit who dwells within us.  (2 Timothy 1:14; Paul writing to Timothy, a young bishop)

TO THOSE IN THE FOOTHILLS

However, one cannot charge with the sin of the separation those who at present are born into these communities [that resulted from such separation] and in them are brought up in the faith of Christ, and the Catholic Church accepts them with respect and affection as brothers . . . . All who have been justified by faith in Baptism are incorporated into Christ; they therefore have a right to be called Christians, and with good reason are accepted as brothers in the Lord by the children of the Catholic Church.” —Catechism of the Catholic Church, 818

TO THOSE IN THE PLAINS

Thanks to Christ and to his Church, those who through no fault of their own do not know the Gospel of Christ and his Church but sincerely seek God and, moved by grace, try to do his will as it is known through the dictates of conscience can attain eternal salvation. —Compendium of the Catechism of the Catholic Church, 171