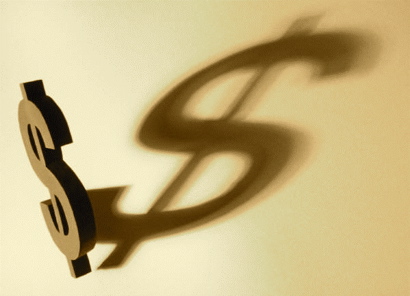 THERE are rumblings throughout the Church in North America about the growing cost of speaking the truth. One of them is the potential loss of the coveted “charitable” tax status the Church enjoys. But to have it means that pastors cannot put forward a political agenda, particularly during elections.

Calgary’s own Catholic bishop, Fred Henry, was threatened during the last federal election by an official of Revenue Canada for his forthright teaching on the meaning of marriage. The official told Bishop Henry that the charitable tax status of the Catholic Church in Calgary might be jeopardized by his vocal opposition to homosexual “marriage” during an election. —Lifesite News, March 6th, 2007

Of course, Bishop Henry was acting fully within his right not only as a pastor to teach a religious tenet, but to exercise freedom of speech. It seems he no longer has either right. But that hasn’t stopped him from continuing to speak the truth. As he once said to me at a college event we were ministering at together, “I could care less what anyone thinks.”

Yes, dear Bishop Henry, such an attitude will cost you. At least, that’s what Jesus said:

If the world hates you, realize that it hated me first… If they persecuted me, they will also persecute you.  (John 15:18, 20)

The Church is called to guard the truth, not its charitable status. To keep silent in order to maintain a full collection basket and a healthy parish or diocesan budget carries a cost—the cost of lost souls. To guard charitable status as though it were a virtue at such a cost, is truly an oxymoron. There is nothing charitable about hiding the truth, even the hardest truths, so as to avoid losing tax exempt status. What good is it to keep the lights on in the church if we lose the sheep in the pews, who are the Church, the Body of Christ?

Paul exhorts us to preach the gospel “in season and out,” whether it’s convenient or not. In John 6:66, Jesus lost many followers for teaching the challenging truth of His Eucharistic presence. In fact, by the time Christ was crucified, there were but a few followers beneath that Cross. Yes, His entire “donor-base” had disappeared.

Preaching the Gospel costs. It costs everything, in fact.

If any one comes to me without hating his father and mother, wife and children, brothers and sisters, and even his own life, he cannot be my disciple. Whoever does not carry his own cross and come after me cannot be my disciple. Which of you wishing to construct a tower does not first sit down and calculate the cost to see if there is enough for its completion? (Luke 14:26-28)

The concern of course is a practical one. We have to keep the lights on and the heat or air conditioning running. But I would say this: if congregations won’t give to the collection because they won’t get a tax receipt, perhaps the doors should be closed and the church sold off. I see no where in Scripture where we are urged to give if we get a tax receipt. Did the widow who gave a few pennies, virtually her entire savings, receive a tax receipt? No. But she received the praise of Jesus, and an everlasting throne in Heaven. If we Christians are putting pressure on our bishops such that we only donate when the write-off is agreeable, then perhaps we need to experience a vaccum: the poverty of privation.

The times are coming and are already here when the Church will lose much more than her charitable status. Pope John Paul urged the youth—that next generation of taxpayers—to become witnesses for Christ, and if necessary, “martyr-witnesses.” The mission of the Church is to evangelize, said Paul VI: to become authentic Christians, souls who embrace a spirit of simplicity, poverty, and charity.

We are to make disciples of all the nations, with or without the government’s help. And if the people won’t rise up to meet the practical needs of the evangelists of our times, Christ’s instructions were clear: shake the dust from your sandals, and move on. And sometimes moving on means lying down upon the cross and losing everything.

Be one a layman or cleric, this is not the time for silence. If we have not accepted the cost, then we have not understood our mission nor our Savior. If we do accept the cost, we may have to lose the “world,” but we will gain our souls—as well as other souls at the same time. That’s the mission of the Church, to follow in Christ’s footsteps—not just to Mount Zion, but to Mount Calvary… and through this narrow gate to the radiant dawn of the Resurrection.

Do not be afraid to go out on the streets and into public places like the first apostles who preached Christ and the good news of salvation in the squares of cities, towns, and villages.  This is no time to be ashamed of the Gospel!  It is the time to preach it from the rooftops.  Do not be afraid to break out of comfortable and routine modes of living in order to take up the challenge of making Christ known in the modern “metropolis.”  It is you who must “go out in the the byroads” and invite everyone you meet to the banquet which God has prepared for his people.  The Gospel must not be kept hidden because of fear or indifference.  It was never meant to be hidden away in private.  It has to be put on a stand so that people may see its light and give praise to our heavenly Father.  —POPE JOHN PAUL II, World Youth Day, Denver, CO, 1993

Amen, amen, I say to you, no slave is greater than his master nor any messenger greater than the one who sent him. If you understand this, blessed are you if you do it. (John 13:16-17)