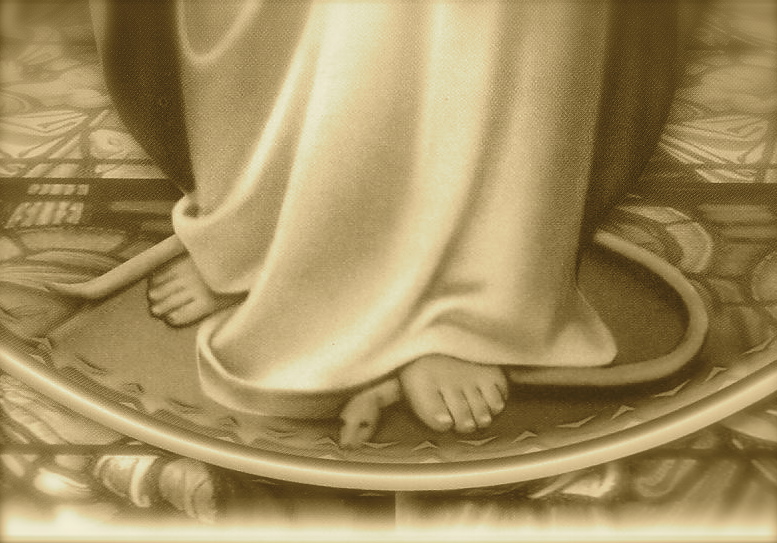 Soon, she is going to call each of us gathered in The Bastion to rise, and grasp this “sword” in our hands. For the battle with the Dragon nears…

He then takes his troops down to the enemy’s camp “at the beginning of the middle watch.” That is, about two hours to midnight.

All three companies blew horns and broke their jars. They held the torches in their left hands, and in their right the horns they were blowing, and cried out, “A sword for the LORD and Gideon!” They all remained standing in place around the camp, while the whole camp fell to running and shouting and fleeing. But the three hundred men kept blowing the horns, and throughout the camp the LORD set the sword of one against another. (7:20-22)

For when the Light scatters the darkness, it will be the mission of the remnant whom Jesus calls “the light of the world” to gather souls, so that the darkness will not find a place again in the vulnerable. It is during this short period of time (Rev 12:12), after the Dragon has been exorcised from the hearts of many, that the serpent will experience the most crushing blows of the Woman. For many who were lost will be found, and those who were blind will see.