THE NOW WORD ON MASS READINGS
for March 24th, 2014
Monday of the Third Week of Lent 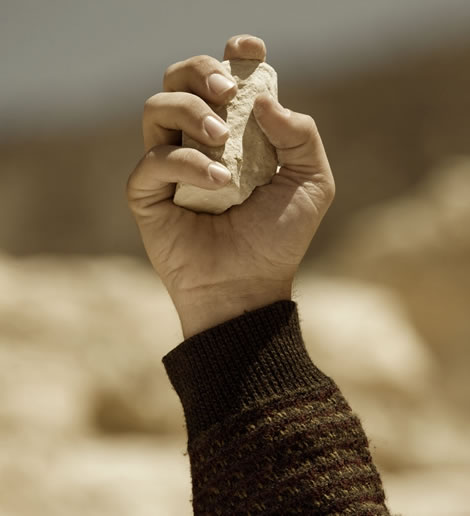 WE are called to give a prophetic witness to others. But then, you should not be surprised if you are treated as the prophets were.

Today’s Gospel is actually kind of humorous. For Jesus tells His listeners that “no prophet is accepted in his own native place.” His proofs were so searing that they wanted to throw Him off the cliff straight away. Case in point, eh?

While last Friday I focused on the prophetic life we are called to live, that does not mean that words are not necessary. Again, “faith comes from what is heard, and what is heard comes through the word of Christ.” [1]cf. Rom 10:17 We heard in yesterday’s (Sunday) Gospel that “Many of the Samaritans of that town began to believe in [Jesus] because of the word of the woman who testified,” and again, “Many more began to believe in him because of his word.” [2]cf. Jn 4:39, 41

Our witness and way of living is the most powerful “word,” and it is precisely this authenticity that gives credibility to our words. “People listen more willingly to witnesses than to teachers, and when people do listen to teachers, it is because they are witnesses.” [3]POPE PAUL VI, Evangelization in the Modern World, n. 41 But then, our words in and of themselves have no power unless the Holy Spirit is in them.

“For the kingdom of God is not a matter of talk but of power,” said St. Paul. [4]cf. 1 Cor 4:20 This power comes to us through prayer and meditation on God’s Word.

…before preparing what we will actually say when preaching, we need to let ourselves be penetrated by that word which will also penetrate others, for it is a living and active word, like a sword… —POPE FRANCIS, Evangelii Gaudium, n. 150

Prayer is what allows us to “be strengthened with might through his Spirit in the inner man… that Christ may dwell in your hearts through faith.” [5]cf. Eph. 3:16-17 It is Christ, then, living in you who “speaks” His word through you as you invite the Lord, as in the Psalm today, to “Send forth your light” through your mouth and witness. Then you are indeed no longer speaking mere words, but wielding the sword of the Spirit.

This is when your witness becomes, again, prophetic in the truest sense of the word. So, some will embrace what you say—others will want to throw you off the cliff. For the same Christ living in you now is the same Christ of the Gospels:

But do not judge at this point what God is doing! Take Naaman in today’s first reading. He rejected the words of the prophet at first. But when his servants later challenged him, his heart was ready to receive the word in faith. And he was healed. When you plant the seed of God’s word, it may only be years later that other “servants” water it. And poof—it germinates!

I remember a nun who wrote me a couple years ago. She said she passed on one of my writings to her nephew. He wrote her back and told her to never ever send that “garbage” again (good thing he and I weren’t near a cliff that day.) But she said, a year later, he entered into the Catholic faith… and it was that writing that began it all.

Don’t be afraid to be God’s prophets today! Don’t worry about cliffs and stones—God will never leave your side. Decrease, so He may increase. Learn to pray, and pray with your heart. Speak His words, in and out of season. And then leave the harvest to Him, for He says…

So shall my word be that goes forth from my mouth; it shall not return to me empty, but shall do what pleases me, achieving the end for which I sent it. (Isa 55:11)

This full-time apostolate needs your support to continue.
Bless you!