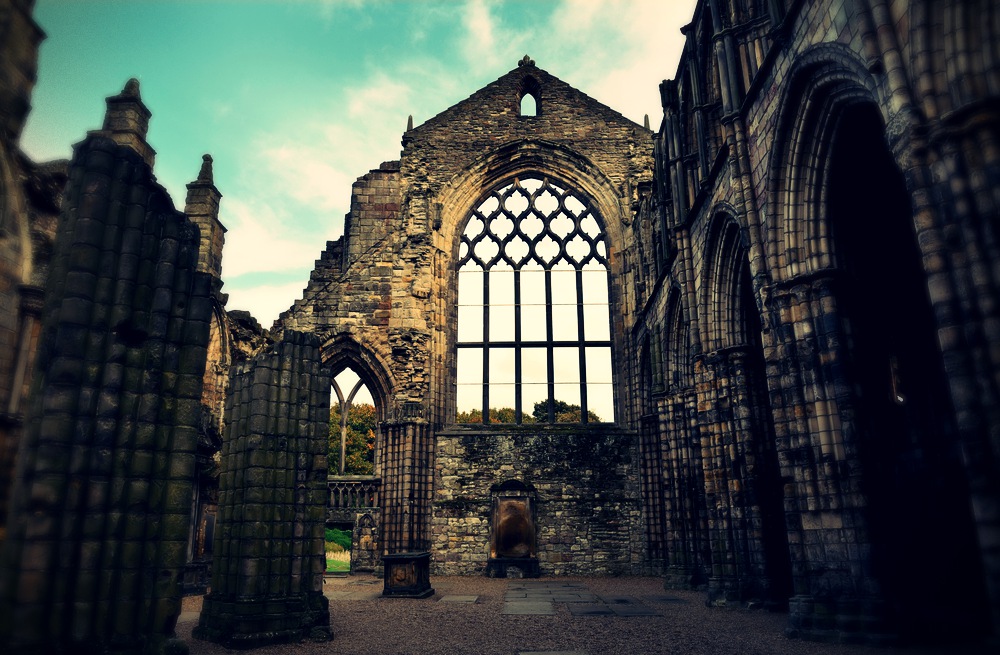 END_OF_DOCUMENT_TOKEN_TO_BE_REPLACED

WITH my writings of late on the Pope, the Catholic Church, the Blessed Mother, and the understanding of how divine truth flows, not through personal interpretation, but through the teaching authority of Jesus, I received the expected emails and criticisms from non-Catholics (or rather, ex-Catholics). They have interpreted my defence of the hierarchy, established by Christ Himself, to mean that I do not have a personal relationship with Jesus; that somehow I believe I am saved, not by Jesus, but by the Pope or a bishop; that I am not filled with the Spirit, but an institutional “spirit” that has left me blind and bereft of salvation.

END_OF_DOCUMENT_TOKEN_TO_BE_REPLACED

THE NOW WORD ON MASS READINGS
for Tuesday of the Fourth Week of Lent, March 17th, 2015
St. Patrick’s Day 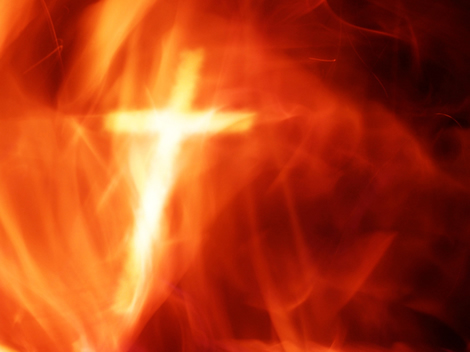 Have you met this Person yet? There is the Father and the Son, yes, and it is easy for us to imagine them because of Christ’s face and the image of fatherhood. But the Holy Spirit… what, a bird? No, the Holy Spirit is the Third Person of the Holy Trinity, and the one who, when He comes, makes all the difference in the world.

END_OF_DOCUMENT_TOKEN_TO_BE_REPLACED

THE NOW WORD ON MASS READINGS
for November 30th, 2013
Feast of St. Andrew 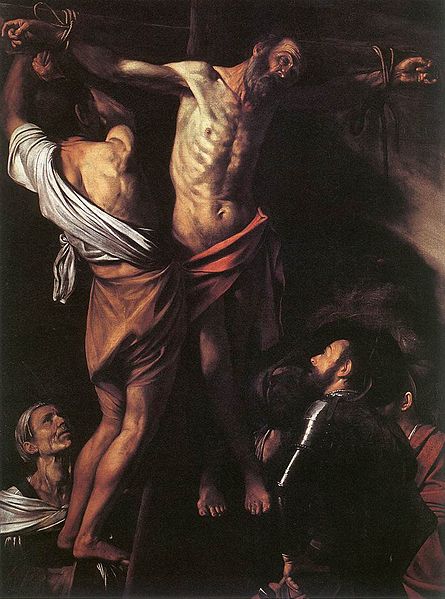 GROWING up at a time when Pentecostalism was strong in Christian communities and on television, it was common to hear evangelical Christians quote from today’s first reading from Romans:

If you confess with your mouth that Jesus is Lord and believe in your heart that God raised him from the dead, you will be saved. (Rom 10:9)

END_OF_DOCUMENT_TOKEN_TO_BE_REPLACED 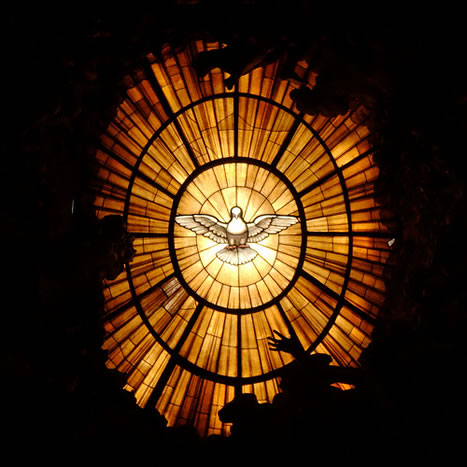 FROM that letter in Part I:

I go out of my way to attend a church that is very traditional—where people dress properly, remain quiet in front of the Tabernacle, where we are catechized according to Tradition from the pulpit, etc.

I was seven years old when my parents attended a Charismatic prayer meeting in our parish. There, they had an encounter with Jesus that profoundly changed them. Our parish priest was a good shepherd of the movement who himself experienced the “baptism in the Spirit.” He permitted the prayer group to grow in its charisms, thereby bringing many more conversions and graces to the Catholic community. The group was ecumenical, and yet, faithful to the teachings of the Catholic Church. My dad described it as a “truly beautiful experience.”

In hindsight, it was a model of sorts of what the popes, from the very beginning of the Renewal, wished to see: an integration of the movement with the whole Church, in fidelity to the Magisterium.

END_OF_DOCUMENT_TOKEN_TO_BE_REPLACED 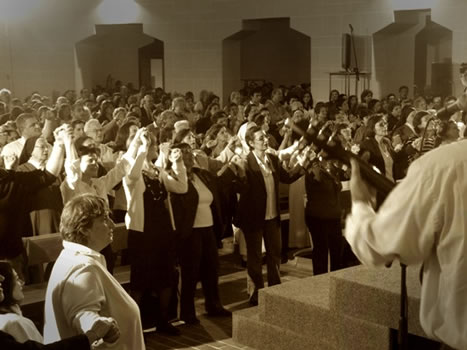 THERE is perhaps no movement in the Church that has been so widely accepted—and readily rejected—as the “Charismatic Renewal.” Boundaries were broken, comfort zones moved, and the status quo shattered. Like Pentecost, it has been anything but a neat and tidy movement, fitting nicely into our preconceived boxes of just how the Spirit should move among us. Nothing has been perhaps as polarizing either… just as it was then. When the Jews heard and saw the Apostles burst from the upper room, speaking in tongues, and boldly proclaiming the Gospel…

They were all astounded and bewildered, and said to one another, “What does this mean?” But others said, scoffing, “They have had too much new wine. (Acts 2:12-13)

Such is the division in my letter bag as well…

The Charismatic movement is a load of gibberish, NONSENSE! The Bible speaks of the gift of tongues. This referred to the ability to communicate in the spoken languages of that time! It did not mean idiotic gibberish… I will have nothing to do with it. —T.S.

It saddens me to see this lady speak this way about the movement that brought me back to Church… —M.G.

END_OF_DOCUMENT_TOKEN_TO_BE_REPLACED 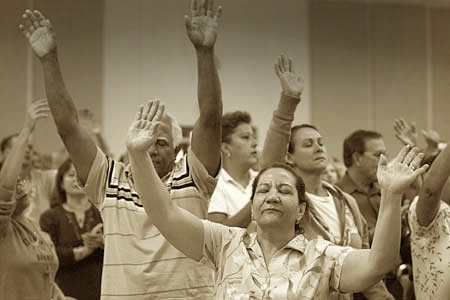 You mention the Charismatic Renewal (in your writing The Christmas Apocalypse) in a positive light. I don’t get it. I go out of my way to attend a church that is very traditional—where people dress properly, remain quiet in front of the Tabernacle, where we are catechized according to Tradition from the pulpit, etc.

And I have never seen anyone who had a REAL gift of tongues. They tell you to say nonsense with them…! I tried it years ago, and I was saying NOTHING! Can’t that type of thing call down ANY spirit? It seems like it should be called “charismania.” The “tongues” people speak in are just jibberish! After Pentecost, people understood the preaching. It just seems like any spirit can creep into this stuff. Why would anyone want hands laid on them that are not consecrated??? Sometimes I am aware of certain serious sins that people are in, and yet there they are on the altar in their jeans laying hands on others. Aren’t those spirits being passed on? I don’t get it!

I would much rather attend a Tridentine Mass where Jesus is at the center of everything. No entertainment—just worship.

You raise some important points worth discussing. Is the Charismatic Renewal from God? Is it a Protestant invention, or even a diabolical one? Are these “gifts of the Spirit” or ungodly “graces”?

END_OF_DOCUMENT_TOKEN_TO_BE_REPLACED 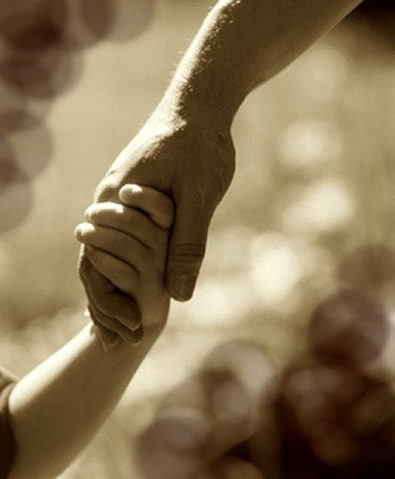