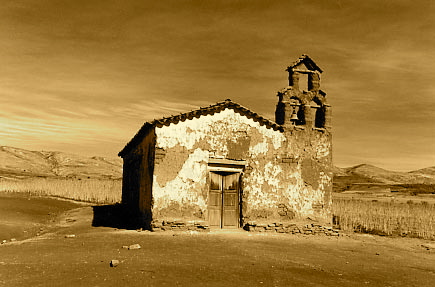 First published April 24th, 2007. There are several items on my heart which the Lord has been speaking to me, and I realize that many of them are summarized in this previous writing. Society is reaching a boiling point, particularly with anti-Christian sentiment. For Christians, it means that we are entering the hour of glory, a moment of heroic witness to those who hate us by conquering them with love.

The following writing is a prologue to a very important subject I want to address shortly regarding the popular idea of a “black pope” (as in evil) assuming the papacy. But first…

Father, the hour has come. Give glory to your son, so that your son may glorify you. (John 17:1)

It was the Lord’s will that… we who have been redeemed by His precious blood should constantly be sanctified according to the pattern of His own passion. —St. Gaudentius of Brescia, Liturgy of the Hours, Vol II, P. 669

THE HOUR OF SHAME

The hour of shame is drawing to a close. It is that hour in which we have witnessed within the Church those “high priests” and “pharisees” who have conspired for her death. They have not sought the end of the “institution,” but have tried to bring about the end of Truth as we know it. Hence, in some churches, parishes, and dioceses there has been not only a disfiguring of doctrine, but even a concerted effort to remold the historical Christ.

It is the hour when clergy and layman alike have fallen asleep in the Garden, slumbering through the night watch as the enemy advances with the torches of secularism and moral relativism; when sexuality and immorality have penetrated the very heart of the Church; when apathy and materialism have distracted her from her mission to bring the Good News to the lost, resulting in many within her losing their own souls.

It is the hour when even some cardinals, bishops, and renowned theologians have risen to “kiss” Christ by a more tolerant and liberal gospel, to “liberate” the sheep from “oppression.”

It is the kiss of Judas.

They arise, the kings of the earth, princes plot against the Lord and His Anointed. “Come, let us break their fetters, come, let us cast off their yoke.” (Psalm 2:2-3)

THE KISS OF JUDAS

There is approaching a time when there will be a kiss—an overture from those who have fallen prey to the spirit of the world. As I wrote in Persecution, it may take the form of a demand that the Church cannot concede.

I had another vision of the great tribulation… It seems to me that a concession was demanded from the clergy that could not be granted. I saw many older priests, especially one, who wept bitterly. A few younger ones were also weeping… It was as if people were splitting into two camps.  —Blessed Anne Catherine Emmerich (1774–1824); The Life and Revelations of Anne Catherine Emmerich; message from April 12th, 1820.

Then they will deliver you up to tribulation, and put you to death; and you will be hated by all nations for my name’s sake. (Matt 24:9)

Then will begin The Great Scattering, a time of confusion and anarchy.

And then many will fall away, and betray one another, and hate one another. And many false prophets will arise and lead many astray. And because wickedness is multiplied, most men’s love will grow cold. But he who endures to the end will be saved. (vs. 10-13)

Awake, O sword, against my shepherd, against the man who is my associate, says the LORD of hosts. Strike the shepherd that the sheep may be dispersed, and I will turn my hand against the little ones. (Zechariah 13:7)

Once again, I hear the words of Pope Benedict XVI at his inaugural homily ringing in my ears:

God, who became a lamb, tells us that the world is saved by the Crucified One, not by those who crucified him… Pray for me, that I may not flee for fear of the wolves.  —Inaugural Homily, POPE BENEDICT XVI, April 24, 2005, St. Peter’s Square).

In his deep humility and honesty, Pope Benedict perceives the difficulty of our days. For the times ahead will shake the faith of many.

Jesus said to them, “This night all of you will have your faith in me shaken, for it is written: ‘I will strike the shepherd, and the sheep of the flock will be dispersed.'” (Matt 26:31)

As I drove through America on our concert tour this Spring, I could feel in my spirit a general underlying tension wherever we went—something about to break. It brings to mind the words of St. Leopold Mandic (1866–1942 A.D.):

Be careful to preserve your faith, because in the future, the Church in the U.S.A. will be separated from Rome. —Antichrist and the End Times, Fr. Joseph Iannuzzi, St. Andrew’s Productions, P. 31

St. Paul warns us that Jesus will not return until “the apostasy” has taken place (2 Thess 2:1-3).  That is the time when symbolically the apostles fled the garden… but it began even before that as they dozed off in the slumber of doubt and fear.

God will permit a great evil against the Church: heretics and tyrants will come suddenly and unexpectedly; they will break into the Church while bishops, prelates, and priests are asleep. —Venerable Bartholomew Holzhauser (1613-1658 A.D.); Ibid. p.30

Of course, we have se en much of this over the past forty years. But what I speak of here is the culmination of this apostasy. There will be a remnant who will move forward. A portion of the flock who will remain faithful to Jesus at all costs.

What glorious days are coming upon the Church! The witness of love—the love of our enemies—will convert many souls.

Just as the earth’s magnetic poles are currently in the process of reversing, so too there is a reversal of “spiritual poles.” Wrong is being perceived as right, and right is seen as intolerant and even hateful. There is a growing intolerance toward the Church and the Truth it speaks, a hatred which even now lies just beneath the surface. Serious movements are afoot in Europe to silence the Church and erase its roots there. In North America, the judicial system is increasingly muzzling freedom of speech. And in other parts of the world, Communism and Islamic fundamentalism seek to eradicate the faith, often through violence.

Last summer during a brief visit, Louisiana priest and friend, Fr. Kyle Dave, stood up in our tour bus and exclaimed under a powerful anointing,

The time of words is coming to an end!

It will be a time when, like Jesus before His persecutors, the Church will remain silent. Everything said will have been said. Her witness will be mostly wordless.

But love will speak volumes.

THE BODY OF CHRIST… VICTORY!

In this Gethsemane where the Church finds itself in all generations to one degree or another, but will at some point be present definitively, the faithful are symbolized, not so much in the Apostles, but in the Lord Himself. We are the body of Christ. And as the Head entered His passion, so too His Body must pick up its cross and follow Him.

But this is not the end! This is not the end! Awaiting the Church is an era of great peace and joy when God will renew the whole earth. It is called the “Triumph of the Immaculate Heart of Mary” for her triumph is to assist her Son—Body and Head—to crush the serpent beneath His heel (Gen 3:15) for a symbolic period of a “thousand years” (Rev 20:2). This period will also be the “Reign of the Sacred Heart of Jesus,” for Christ’s Eucharistic presence will be universally recognized, as the Gospel reaches the ends of the earth in the full blossoming of the “new evangelization.” It will culminate in a full outpouring of the Holy Spirit in a “new pentecost” which will inaugurate the reign of the Kingdom of God on earth until Jesus, the King, comes in glory as a Judge to claim His Bride, commencing the Final Judgment, and ushering in the New Heavens and the New Earth.

They will deliver you up to tribulation… And this gospel of the kingdom will be preached throughout the whole world, as a testimony to all nations; and then the end will come. (Matt 24:9, 14).

Now when these things begin to take place, look up and raise your heads, because your redemption is drawing near. (Luke 21:28)

Read responses to letters on the timing of events: