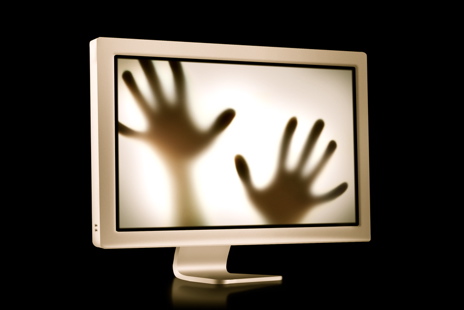 JESUS is “the light of the world” (John 8:12). As Christ the Light is being exponentially expelled from our nations, the prince of darkness is taking His place. But Satan comes not as darkness, but as a false light.

It is well established that sunlight is a tremendous source of healing and health for humans. Lack of sunlight is clinically proven to lead to depression and all kinds of health problems.

Artificial light on the other hand—particularly fluorescent light—is known to be harmful. It has even led to premature death in laboratory animals. In fact, even various colors of the spectrum can induce certain moods and behaviors when filtered through.

Sunlight, however, provides the full spectrum of all light frequencies.

98 percent of sunlight enters through the eye, the other 2 percent through the skin. In view of that, Jesus said something quite profound:

The lamp of the body is your eye. When your eye is sound, then your whole body is filled with light, but when it is bad, then your body is in darkness. (Luke 11:38)

While we know that lack of sunlight harms the body, Jesus was referring primarily to the soul.

It deceived the inhabitants of the earth with the signs it was allowed to perform in the sight of the first beast, telling them to make an image for the beast… It was then permitted to breathe life into the beast’s image, so that the beast’s image could speak… (Rev 13:14-15)

The image of Satan today is often an “angel of light” beaming to us through a screen.  One could say that the “screen”—be it the movie, television, or computer’s—is an “image of the beast.” It is truly an artificial light in the natural sense, and too often, a false light in the moral and spiritual sense. This light, too, enters through the eye—straight into the soul.

St. Elizabeth Seton apparently had a vision in the 1800’s in which she saw “in every American home a black box through which the devil would enter.” Today, every television, computer screen and smartphone is now literally a “black box.”

Now all may easily discern that the more wonderful the increase of the technique of the cinema, the more dangerous it has become to the hindrance of morals, to religion, and to social intercourse itself… as affecting not only individual citizens, but the whole community of mankind. —POPE PIUX XI, Encyclical Letter Vigilant Cura, n. 7, 8; June 29, 1936

The false light does two things: it literally draws us away from sunlight. How many hours are spent staring into a television or computer screen, or an iPod or cellphone screen! As a result, this generation is experiencing tremendous health problems, including obesity and depression.

But far worse, the false light promises pleasure and fulfillment by titillating the senses with sexual images and materialistic advertising all produced through light. The “image speaks” like a false prophet, renouncing the way of truth while at the same time providing a false Gospel centered around “me, myself, and I.” Consequently, the false light is forming spiritual cataracts upon the eyes of many souls, leaving the entire “body in darkness.”

ANTICHRIST, AND THE FALSE LIGHT

As I wrote in Dream of the Lawless One, I had a dream which ended with seeing my family “drugged, emaciated, and abused” in a “laboratory-like white room.” For some reason, this “fluorescent-lit” room has always stuck with me. As I prepared to write this meditation, I received the following email:

In my dream, my pastor (who is a good, holy, and innocent man) came to me at Mass, embraced me and told me he was sorry and he was crying.  The next day the church was empty. No one was there to celebrate Mass and only two or three people were kneeling at the altar.  I asked: “Where is Father?”  They just nodded in confusion at me.   I went to the Upper Room…which was lit with fluorescent white light (not natural light) …the floor was covered with snakes, lizards, insects etc. writhing and squirming so I couldn’t step anywhere without getting my feet in them….  I woke up frightened.

Could this be a metaphor for the whole Catholic Church?   I feel that what is good and sacred and innocent is leaving and what will be left behind is what is unspeakably unholy.   I pray for all the holy innocents, for all the faithful that they remain strong during this time.  I pray for faith in our beautiful God of love through this enormous trial we are beginning to face.

One must always be careful in the interpretation of dreams. They can, however, shed light on realities before us…

FALSE LIGHT IN THE CHURCH

The Catholic Church, as Jesus and Daniel prophesied, will face a time when the daily sacrifice of the Mass will cease (in public), and an abomination erected in the holy place (see Matt 24:15, Dan 12:11.; also see The Eclipse of the Son) Pope Paul VI alluded to an apostasy already in progress when he said,

…through some cracks in the wall the smoke of Satan has entered the temple of God.  —Homily during the Mass for Sts. Peter & Paul, June 29, 1972,

The tail of the devil is functioning in the disintegration of the Catholic world. The darkness of Satan has entered and spread throughout the Catholic Church even to its summit. Apostasy, the loss of the faith, is spreading throughout the world and into the highest levels within the Church. —Address on the Sixtieth Anniversary of the Fatima Apparitions, October 13, 1977,

Indeed, in certain parishes, dioceses, and regions, the false light has seeped into the “upper room” of many hearts. Yet, the Church will always exist, somewhere, as Christ promised (Matt 16:18); true Light will always shine in the Church, though for a time, it may be more hidden.

Something must remain. A little flock must remain, however small it may be. —POPE PAUL VI to Jean Guitton (Paul VI Secret), French philosopher and close friend of Pope Paul VI, September 7, 1977

It is interesting to note that entire countries, such as Australia, are moving to phase out incandescent lighting with fluorescent bulbs. No doubt, as fear about climate change and energy consumption reaches a feverish pitch, the entire world will be required to adopt the efficient but cool, cold light of fluorescence.

The world both physically and spiritually continues to move away from the “Full Spectrum.”

WATCH ONE HOUR WITH ME…

As every human being needs direct sunlight, so too does every human being need Jesus, the Son of God (whether they recognize it or not.) The way one receives the light of Jesus is also through the eyes—the eyes of the heart, by fixing them upon Him through prayer. This is why Jesus in the Garden of Gethsemane insisted that his tired and weak Apostles pray during the hour of agony… so they would have the necessary light not to apostasize. And that is why Jesus now sends His mother to beg us to “pray, pray, pray.” For the “hour of scattering” may be near (Matt 26:31.)

Through prayer, and especially the Eucharist, we fill up the lamp of our souls with light (see The Smoldering Candle)… and Jesus warns us to be sure that our lamps are full before His return (Matthew 25:1-12.)

Yes, it is time for many of us to turn off the false light emanating from our televisions and computers, and spend that time fixing our eyes on the true Light… the Light which sets us free.

Without that inner Light, it will be too dark to see in coming days…

…the Lord is also crying out to our ears the words that in the Book of Revelation he addresses to the Church of Ephesus: “If you do not repent I will come to you and remove your lampstand from its place.” Light can also be taken away from us and we do well to let this warning ring out with its full seriousness in our hearts, while crying to the Lord: “Help us to repent! Give all of us the grace of true renewal! Do not allow your light in our midst to blow out! Strengthen our faith, our hope and our love, so that we can bear good fruit!” —POPE BENEDICT XVI, Opening Homily, Synod of Bishops, October 2nd, 2005, Rome.