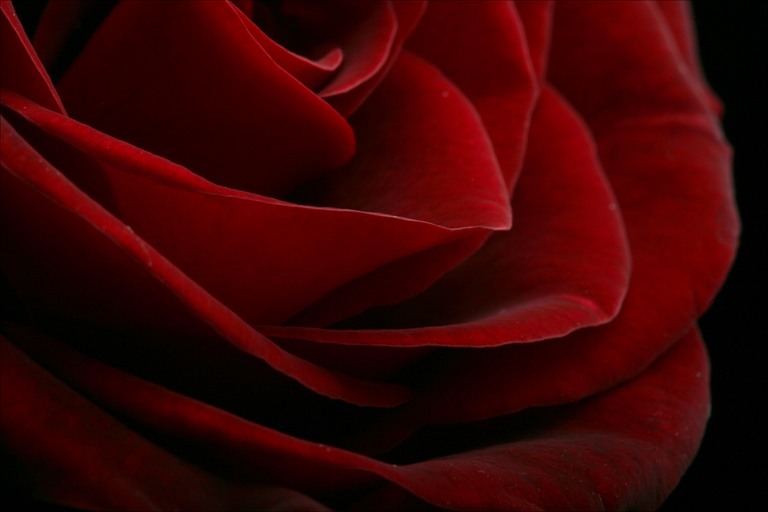 With each generation, it further unfolds; new petals of understanding appear, and the splendor of truth spills forth new fragrances of freedom.

The Pope is like a guardian, or rather gardener—and the bishops co-gardeners with him. They tend to this flower which sprung in the womb of Mary, stretched heavenward through the ministry of Christ, sprouted thorns upon the Cross, became a bud in the tomb, and opened in the Upper Room of Pentecost.

And it has been blossoming ever since.

ONE PLANT, MANY PARTS

The roots of this plant run deep into the streams of natural law and the ancient soils of the prophets who foretold the coming of Christ, who is the Truth. It was from their word that the “Word of God” came forth. This seed, the Word made flesh, is Jesus Christ. From Him came forth the divine Revelation of God’s plan for the salvation of mankind. This Revelation or “sacred deposit of faith” forms the roots of this flower.

Jesus deposited this Revelation to His Apostles in two ways:

…by the apostles who handed on, by the spoken word of their preaching, by the example they gave, by the institutions they established, what they themselves had received—whether from the lips of Christ, from his way of life and his works, or whether they had learned it at the prompting of the Holy Spirit. (Catechism of the Catholic Church [CCC], 76)

In Writing (the leaves):

…by those apostles and other men associated with the apostles who, under the inspiration of the same Holy Spirit, committed the message of salvation to writing… Sacred Scripture is the speech of God… (CCC 76, 81)

The stem and the leaves together form into the bulb which we call “Tradition”.

Just as a plant receives oxygen through its leaves, so too is Sacred Tradition animated and supported by Sacred Scripture.

Sacred Tradition and Sacred Scripture, then, are bound closely together, and communicate one with the other. For both of them, flowing out from the same divine well-spring, come together in some fashion to form one thing, and move towards the same goal. (CCC 80)

The first generation of Christians did not yet have a written New Testament, and the New Testament itself demonstrates the process of living Tradition. (CCC 83)

PETALS:  THE EXPRESSION OF TRUTH

The stem and leaves find their expression in the bulb or flower. So too, the oral and written Tradition of the Church is expressed through the Apostles and their successors. This expression is called the Magisterium of the Church, the teaching office whereby the Gospel in its entirety is preserved and proclaimed. This office belongs to the Apostles as it was to them that Christ gave authority:

Listen to what authority Christ gives them!

…the task of interpretation has been entrusted to the bishops in communion with the successor of Peter, the Bishop of Rome. (CCC, 85)

From the roots, and through the stem and leaves, these truths revealed by Christ and the Holy Spirit bloom in the world. They form the petals of this flower, which include the dogmas of the Church.

The Church’s Magisterium exercises the authority it holds from Christ to the fullest extent when it defines dogmas, that is, when it proposes, in a form obliging the Christian people to an irrevocable adherence of faith, truths contained in divine Revelation or also when it proposes, in a definitive way, truths having a necessary connection with these. (CCC, 88)

THE ORGANICS OF TRUTH

When the Holy Spirit came on Pentecost, the bud of Tradition began to unfold, spreading the fragrance of truth throughout the world. But the splendour of this flower did not unfold immediately. The fuller understanding of the Revelation of Jesus Christ was somewhat primitive in the first centuries. The dogmas of the Church such as Purgatory, the Immaculate Conception of Mary, the Primacy of Peter, and the Communion of Saints were still hidden in the bud of Tradition. But as time progressed, and the light of Divine Inspiriation continued to shine upon, and flow through this flower, truth continued to unfold. Understanding deepened… and the startling beauty of God’s love and His plan for mankind blossomed in the Church.

Yet even if Revelation is already complete, it has not been made completely explicit; it remains for Christian faith gradually to grasp its full significance over the course of the centuries. (CCC 66)

Truth has unfolded; it has not been grafted on at certain points during the centuries. That is, the Magisterium has never added a petal to the flower of Tradition.

This is crucial to understanding how Christ guides His flock. When the Church looks at an issue such as gay marriage, or cloning, or other new technologies which threaten to redefine the horizons of reason, she does not enter into a democratic process. The “truth of the matter” is not arrived at by vote or majority consensus. Rather, the Magisterium, guided by the Spirit of Truth, unfolds a new petal of understanding drawing reason from the roots, light from the leaves, and wisdom from the stem.

Development means that each thing expands to be itself, while alteration means that a thing is changed from one thing into another… There is a great difference between the flower of childhood and the maturity of age, but those whom become old are the very same people who were once young. Though the condition and appearance of the one and the same individual may change, it is one and the same nature, one and the same person. —St. Vincent of Lerins, Liturgy of the Hours, Vol IV, p. 363

In this way, human history continues to be guided by Christ… until the “Rose of Sharon” Himself appears upon the clouds, and Revelation in time begins to unfold in eternity.

It is clear therefore that, in the supremely wise arrangement of God, Sacred Tradition, Sacred Scripture and the Magisterium of the Church are so connected and associated that one of them cannot stand without the others. Working together, each in its own way, under the action of the one Holy Spirit, they all contribute effectively to the salvation of souls. (CCC, 95)

Scripture grows with the one who reads it. —St. Benedict