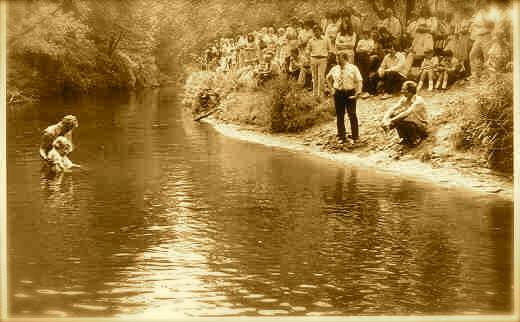 WHAT about those who aren’t Catholic or Christian? Are they damned?

How often have I heard people say that some of the nicest folk they know are "atheists" or "don’t go to church." It’s true, there are many "good" people out there.

But no one is good enough to get to Heaven on his own.

THE TRUTH SETS US FREE

Unless one is born of water and the Spirit, he cannot enter the kingdom of God. (John 3:5)

Thus, as Jesus shows us by His example at the Jordan, Baptism is necessary for salvation. It is a Sacrament, or symbol, which reveals to us a deeper reality: the washing away of one’s sins in the blood of Jesus, and the consecration of the soul to truth. That is, the person now accepts the truth of God and commits himself to follow that truth, which is revealed fully through the Catholic Church.

But not everyone has the privilege of hearing the Gospel due to geography, education, or other factors. Is such a person who has not heard the Gospel nor been baptized condemned?

Jesus said, "I am the way, and the truth, and the life…" Jesus is the truth. Whenever anyone follows the truth in his or her heart, they are, in a sense, following Jesus.

Since Christ died for all… Every man who is ignorant of the Gospel of Christ and of his Church, but seeks the truth and does the will of God in accordance with his understanding of it, can be saved. It may be supposed that such persons would have desired Baptism explicitly if they had known its necessity.  —1260, Catechism of the Catholic Church

Perhaps Christ himself gave us a glimmer of this possibility when He said of those men who were casting out demons in His name, but yet were not following him:

Those who, through no fault of their own, do not know the Gospel of Christ or his Church, but who nevertheless seek God with a sincere heart, and, moved by grace, try in their actions to do his will as they know it through the dictates of their conscience—those too may achieve eternal salvation. —847, CCC

One might be tempted to say, "Then why bother preaching the Gospel. Why try to convert anyone?"

Aside from the fact that Jesus commanded us to…

Go therefore and make disciples of all nations, baptizing them… (Mt 28:19-20)

According to Christ’s own words, "those who find it are few." So while the possibility of salvation exists for those not explicitly Christian, one could say the odds go down for those who live outside the power and life and transforming grace of the Sacraments which Jesus Himself established—particularly Baptism, the Eucharist, and Confession—for our sanctification and salvation. This does not mean non-Catholics are unsaved. It just means the ordinary and powerful means of grace which Jesus clearly established to distribute through the Church, built upon Peter, are not being availed.  How can this not leave a soul disadvantaged?

I am the living bread that came down from heaven; whoever eats this bread will live forever. (John 6:51)

There have been cases where the parachute of a sky diver has failed and the person has fallen straight to the ground, and yet survived! It is rare, but possible. But how foolish—no, how irresponsible it would be for a sky diving instructor to say to his trainees as they enter the plane, "It’s up to you whether you pull the rip cord or not. Some people have made it without the parachute opening. I really don’t want to impose on you…"

No, the instructor, by telling the students the truth—how with the parachute open, one has support, can ride the wind, direct one’s descent, and land safely at home-base—has given them the greatest opportunity to avoid death.

Baptism is the rip cord, the Sacraments are our support, the Spirit is the wind, the Word of God our direction, and Heaven our home-base.

The Church is the instructor, and Jesus is the parachute.

Salvation is found in the truth. Those who obey the prompting of the Spirit of truth are already on the way of salvation. But the Church, to whom this truth has been entrusted, must go out to meet their desire, so as to bring them the truth. Because she believes in God’s universal plan of salvation, the Church must be missionary. —851, CCC