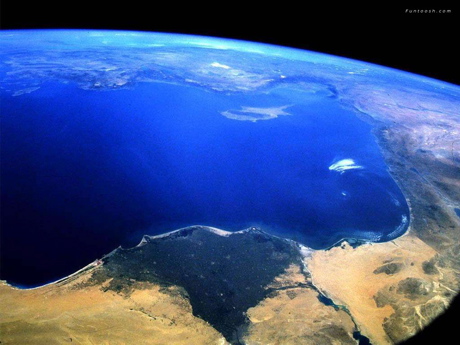 IN the past two years alone, we have witnessed unprecedented events on earth:  entire towns and villages disappearing. Hurricane Katrina, The Asian Tsunami, Philippine mudslides, Solomon’s Tsunami…. the list goes on of areas where there was once buildings and life, and now there is just sand and dirt and fragments of memories. It is the result of unprecedented natural disasters which have annihilated these places. Entires towns gone! …the good having perished with the evil.

And we cannot forget that entire cities have been destroyed… in the womb. Over 50 million babies worldwide—engineers, doctors, plumbers, entertainers, scientists… killed through abortion. I often wonder who those singers were that we’ll never hear on the radio; those scientists with their cures and inventions; those leaders and shepherds who could have led us to perhaps a brighter future.

But they are gone. Annihilated.

These may in fact be "mere" labor pains (Matthew 24). In the approved apparitions of Fatima, Our Lady warned the visionaries that "various nations will be annihilated" unless there is sufficient penance, and of course, the consecration of Russia to her (which the visionary Sr. Lucia says was accomplished under Pope John Paul II.) But consecration in itself is not enough if we continue to willfully sin against God—just as wearing a scapular, or holy medal, or attending an official pilgrimage site carries little grace if we continue to willfully sin. God is not a cosmic vending machine we can manipulate with sacramentals, but a loving Father providing many means and signs of His LOVE and MERCY to those who will receive them in sincerity.

The Mother is weeping. Why? We are arguably in a worse spiritual condition now than when she appeared in Portugal in 1917.

Serious consequences lay ahead for our world if we do not respond to the grace which God freely extends to us—not in token condescension, but in a sincere and even burning love for us. Indeed, God condescended Himself becoming like us in the flesh, but without sin, and freely submitting to death. This Passion Week could very well be called Mercy week. For in dying for us, Jesus demonstrated that God is in fact dying for us… dying for our love. How can we comprehend such a God! Such a gift!

The Lord desires to heal this generation and purify it with Mercy, not Justice.

In the Old Covenant, I sent prophets wielding thunderbolts to My people. Today I am sending you with My mercy to the people of the whole world. I do not want to punish aching mankind, but I desire to heal it, pressing it to My Merciful Heart. I use punishment when they themselves force Me to do so; My hand is reluctant to take hold of the sword of justice. Before the Day of Justice I am sending the Day of Mercy. (Jesus, to St. Faustina, Diary, n. 1588)

One of the alleged visionaries of Medjugorje says that if Mary did not appear to her regularly to strengthen her, she could not bear the knowledge she holds regarding future events. But through prayer, fasting, and conversion, she says these events can be lessened and even stopped. Already, we have no idea how the prayer and fasting of this past generation has saved souls… and perhaps nations.

Since I wrote Sorrow of Sorrows, I have had two more crucifixes break at the arms. As one person said to me recently after my concert in New York, "Jesus can no longer bear the weight of our sins." God can and did bear all our sins. However, we are His body. We are the ones who are breaking under the weight of this generation’s sin, as our ocean life, environment, food sources, fresh water, and above all, peace, continue to disintegrate and vanish. But it is the dissolution of souls that is most grievous—and eternal.

What should we do? The temptation is to become depressed: exactly what Satan desires. Our response should be this—to leap from our couches, shut off the television, and begin to pray for lost souls! To rid our homes of the magazines, music, videos and dvds and anything else containing temptations that lead us away from God. To carve out time each day for prayer. To act with mercy and kindness in the workplace, school, or home. To make ourselves available to Jesus by letting Him transform us into apostles. Jesus is ready to make you into a saint.

No, this is not the time to build cement bunkers and hide. This is the time of the Great Harvest:

In these days I encourage you to commit yourselves without reserve to serving Christ, whatever the cost… Let yourselves be surprised by Christ! Let him have ‘the right of free speech’ during these days! Open the doors of your freedom to his merciful love! —POPE BENEDICT XVI, August 18th, 2006; Speech on the Rhine