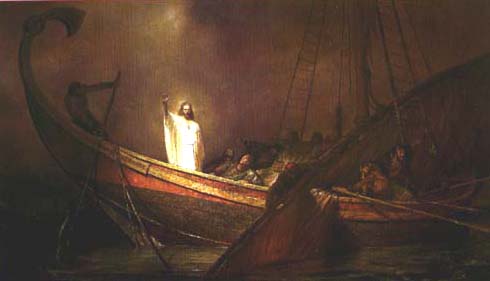 FEAST OF THE BIRTH OF MARY


IT has been an overwhelming week of encouragement for many of you, as well as me. God has been banding us together, confirming our hearts, and healing them too—calming those storms which have been raging in our minds and spirits.

I have been so deeply moved by the many letters I’ve received. Among them, are many miracles…

And there has been an explosion of relief, joy, and peace among so many people who have written me regarding the "Trumpets of Warning!" letters (the final letter, Part V, is coming soon). Powerful confirmations have rolled in from dozens of writers all over North America:

I write these things in hopes that it will build your faith, as it has mine. There are also many personal miracles which God has given me—timely words of consolation and encouragement from the Body of Christ as the Lord continues to move this ministry in new directions which are at once difficult yet exhilarating. It is clearer to me than ever that without God’s hand in mine, I would fly away in the wind.

I have also come to recognize more deeply what a strong, fearless, and beautiful woman the Blessed Mother is.  As one reader wrote,

In the Old Testament, the Ark of the Covenant went with the Israelites into battle, at the head of the army, as a sign that God was with them—and when God was with them, they were invincible…

Mary, as the New Ark, is seen in Revelation just as Michael and his angels are waging war against the Dragon.  It was a fascinating realization to see Mary-the-Ark in the same context of warfare as the Old Testament Ark of the Covenant! …It seems she also needs to go with us into Battle as the New Ark. (See "Trumpets of Warning—Part IV" for more on Mary:  Ark of the New Covenant.)

Lastly, a man (whose name is famed throughout the Catholic world, but I will leave anonymous here) wrote me to say that this morning in prayer, he heard the words:

Behold, I am coming soon.

I will purify you. You will be strengthened from above.

Behold I am coming soon.

While we need to cautiously discern everything in a spirit of humility in the light of Scripture and Tradition, we can certainly raise our voices in such hopes and pray as our Lord taught us: