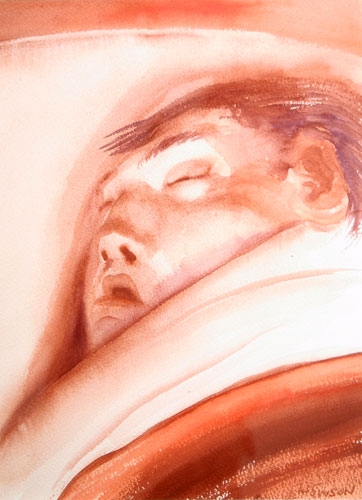 PERHAPS it’s just the mild winter, and so everyone’s outside instead of following the news. But there have been some disturbing headlines in the country which have barely ruffled a feather. And yet, they have the ability to influence this nation for generations to come:

Just how permissive are we?

But perhaps the most startling headline is that of this article: "Why a Sleeping Catholic Church Needs to Wake-up". It seems to me that, aside from a handful of clergy and a few layman here or there, the Canadian Catholic Church is quiet. Stone quiet. How can we be? It underscores perhaps the greatest crisis in our country: the silence of moral leadership.

Within only a decade or two, Canada has quickly abandoned its Judaeo-Christian principles in exchange for an abstract principle of "tolerance." Now, the populace is gripped in this bizarre fear of being seen as "intolerant". As a result, politicians would rather talk about health care than moral decline; fathers would rather watch TV than pray with their kids; and clergy would rather avoid controversy than speak the truth. And so, our babies continue to be aborted, our families and Catholic schools continue to secularize, and our politicians and courts continue to dismantle the social fabric, thread by thread.

There are more important issues in this election than tax cuts and health care. History has shown time and again that prosperous nations disintegrate when the moral foundation collapses. We are well underway.

This is no time for the Church to sit as the complacent spectator. The mission to evangelize is more critical than ever. Souls are being lost; the youth are shepherdless; and the faithful are paralyzed by confusion–all the while judges, lobby groups, and spineless politicians reshape the future.

Billy Graham once said that the Catholic Church is a sleeping giant about to wake up. She is in a very, very deep sleep. We need to pray the Holy Spirit wake her up. And soon.