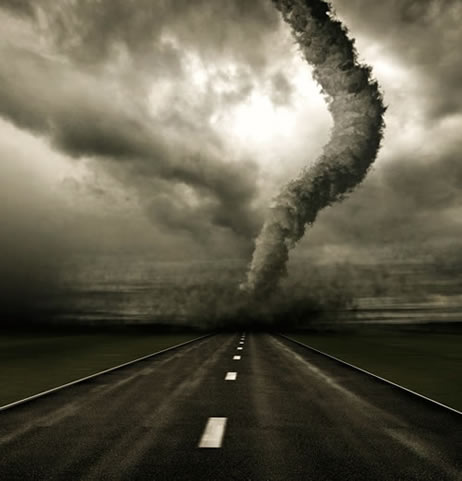 IT looked like the perfect comeback. The Israelites had just been soundly defeated by the Philistines, and so the first reading says they came up with a brilliant idea:

Let us fetch the ark of the LORD from Shiloh that it may go into battle among us and save us from the grasp of our enemies.

After all, with all that happened in Egypt and the plagues, and the reputation of the ark, the Philistines would be terrorized at the idea. And they were. So when the Israelites marched into battle, they thought they had that fight in the books. Instead…

It was a disastrous defeat, in which Israel lost thirty thousand foot soldiers. The ark of God was captured…

…it couldn’t have been worse.

I remember back in the year 2000, I was hired by a Canadian bishop to bring my ministry of evangelization to his province. I had just consecrated my apostolate to Our Lady of Guadalupe, the “new Ark of the covenant,” and it was the Jubilee Year to boot. I said to myself, “This is it! This is what I’ve been prepared for my whole life…”

But after 8 months, we met little more than a stone wall. Even the bishop lamented that he was struggling against the secularism of that wealthy region. Thwarted! And so, with my four children, a fifth on the way, and a packed U-haul, we made our way back to the prairies from what was the most beautiful and fertile valley in the country.

It was the end of winter on the prairies. Everything was brown. Dead. It seemed like I’d been kicked out of the Garden of Eden. Worse, I felt like I had utterly failed, and that God had now abandoned me, as David once grieved:

Yet now you have cast us off and put us in disgrace…Why do you hide your face, forgetting our woe and our oppression? (Today’s Psalm, 44)

And so, I took my guitar, put it in its case and said, “Lord, I’ll never pick this up again to do ministry—unless…” I felt I should add, “… You ask me to.”

To make a longer testimony [1]cf. My Testimony short, it was a year later after working again in television that I was laid off, and the Lord called me back into ministry—but now, on His terms. It’s not that He didn’t want me in ministry. Rather, He wanted me to lay my Isaac on the altar; He wanted me to smash the idols of self-assuredness, pride, and ambition.

And that is why the Israelites were not to win that day—not because God was not with them, but precisely because He was. He was more concerned with the state of their souls than the state of their affairs, more concerned with the “big picture” of salvation than the blow to their reputation. Thus, it would be 20 years before the ark would be returned to the Israelites with Samuel saying:

If you would return to the LORD with your whole heart, remove your foreign gods and your Astartes, fix your hearts on the LORD, and serve him alone, then the LORD will deliver you from the hand of the Philistines… and they fasted that day, saying, “We have sinned against the LORD.”

In today’s Gospel, instead of keeping his healing between him and the high priest, the leper went off to tell everyone about it, thereby forcing Jesus out of the crowded town: Jesus was thwarted. But the crowds came looking for Him. Perhaps, if it were not for being obstructed by the leper’s disobedience, the miracle of the multiplication of loaves and fish may never have happened—a miracle that to this very day fills us with wonder, teaches, and gives us hope in God’s providence.

So if you’ve been thwarted by bad health, from finding relationships, a job, the resources to do a ministry, to do what you were certain was God’s will… don’t despair. Rather, let God reveal the deeper message in your heart, the need to trust more, to smash idols, and wait…. because the Father knows how to give “give good things to those who ask him.” [2]cf. Matt 7:11

Trust in the Lord with all your heart,
on your own intelligence do not rely;
In all your ways be mindful of him,
and he will make straight your paths.
Do not be wise in your own eyes,
fear the Lord and turn away from evil…
(Proverbs 3;5-7)