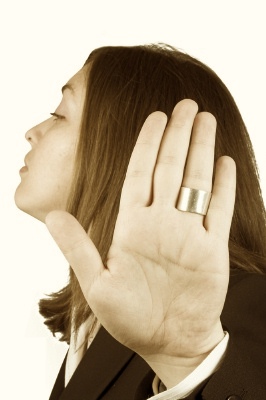 THROUGHOUT salvation history, what draws the disciplinary intervention of the Father is not sin, but a refusal to turn from it.

So the idea that—if you step out of line, stumble and sin—it will draw down the wrath of God… well, that’s the devil’s idea. It’s his primary and most effective tool in accusing and trampling on the joy of Christians, in keeping one depressed, self-loathing, and afraid of God.

The truth is that God is “slow to anger and abounding in mercy.”  [1]Psalm 145:8 When we sin, Jesus does not condemn but welcomes the sinner to begin again. And the sinner who does, finds forgiveness and renewed freedom. So what of your daily faults, those venial sins?

…venial sin does not break the covenant with God. With God’s grace it is humanly reparable. “Venial sin does not deprive the sinner of sanctifying grace, friendship with God, charity, and consequently eternal happiness.” —Catechism of the Catholic Church, n. 1863

So don’t let the accuser steal joy from you, because Jesus paid a price for it!

But there is another kind of sinner, one who closes his heart to his conscience, to the Gospel, and persists in pursuing evil—like the Israelites in the first reading. Stubbornness and pride are what brought grief upon them. “Grant the people’s request,” the Lord told Samuel. “It is not you they reject, they are rejecting me as their king.”

We need to remember those words when we are snubbed by others for doing good or sharing the Gospel with them. Don’t take it personal, Jesus said in so many words:

Blessed are you when people hate you and when they exclude you and revile you and spurn your name as evil, on account of the Son of Man… (Lk 6:22)

…because “it is not you they reject, they are rejecting Me as their king.”

We are living in a world that is  stubborn today… much like the prodigal son. As the Israelites, we have all kinds of arguments to justify our “rights.”

Abortion is a clear-cut evil… The fact that some people controvert a position does not in itself make that position intrinsically controversial. People argued for both sides about slavery, racism and genocide too, but that did not make them complex and difficult issues. Moral issues are always terribly complex, said Chesterton — for someone without principles. —Dr. Peter Kreeft, Human Personhood Begins at Conception, www.catholiceducation.org

So we must be realists. Even though Pope Francis is calling the Church to a “new phase of evangelization,” [2]cf. Evangelii Gaudium, n. 17 it does not mean that we should expect mass conversions in the normal course of things. In fact, it is likely this new phase that will cause the world to ultimately revile the Church once and for all, shouting “Crucify her! Crucify her!” (cf. Francis, and the Coming Passion of the Church, Part I and Part II).

In today’s Gospel, Jesus forgave and healed a leper—and the Scribes hated him for it! Such are the signs of the times, the zeitgeist all around us today:

An age is coming to an end, not just the end of a remarkable century but the end of seventeen hundred years of Christendom. The greatest apostasy since the birth of the Church is clearly far advanced all around us. —Dr. Ralph Martin, Consultor to the Pontifical Council for Promoting the New Evangelization; The Catholic Church at the End of Age: What is the Spirit Saying? p. 292

But like the prodigal son, it was precisely his stubborness that God used to eventually “illumine” his conscience to the true state of his soul… and then, he decided to come home.

So don’t give up on the stubborn! Be the crucified face of Christ to them, the face of patience and forgiveness that converted the Centurion and melted the heart of the thief. Let us pray more fervently that God will send the light of truth upon this generation to awaken them to the joy of knowing and following so loving a king as Jesus.

Blessed the people who know the joyful shout; in the light of your countenance, O LORD, they walk… For to the LORD belongs our shield, and to the Holy One of Israel, our King. (Today’s Psalm, 89)

New evangelization cannot mean: immediately attracting the large masses that have distanced themselves from the Church, by using new and more refined methods. No—this is not what new evangelization promises. New evangelization means: never being satisfied with the fact that from the grain of mustard seed, the great tree of the Universal Church grew… it means to dare, once again and with the humility of the small grain, to leave up to God the when and how it will grow (Mark 4:26-29). —Cardinal Ratzinger (BENEDICT XVI), Address to Catechesists and Religion Teachers, Dec. 12th, 2000; ewtn.com

Did you know that Mark writes a weekly reflection on the “signs of the times”? To subscribe, click here.
Read Mark’s latest writing here.