THE NOW WORD ON MASS READINGS
for Saturday of the First Week of Lent, February 28th, 2015 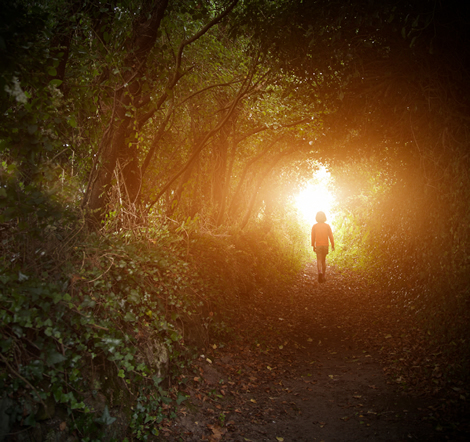 I listened to Canada’s state radio broadcaster, the CBC, on the ride home last night. The host of the show interviewed “astonished” guests who could not believe that a Canadian Member of Parliament admitted to “not believing in evolution” (which usually means that one believes that creation came into existence by God, not aliens or the implausible odds atheists have put their faith in). The guests went on to highlight their unflinching devotion to not only evolution but global warming, vaccinations, abortion, and gay marriage —including the “Christian” on the panel. “Anyone who questions the science really is not fit for public office,” said one guest to that effect.

It was a chilling display of the soft totalitarianism that is changing the face of not only Canada, but the entire world, one country at a time. I mean, there are scientists who, based on excellent published research, question the science of global warming, the theories of evolution, the wisdom of vaccinations, the morality of abortion, and the experiment of gay marriage. But you see, what these talk show guests were really saying is that there is no room for anyone who disagrees with them. Clearly, anyone who does is seemingly deranged and should be kept from the public for the common good. [1]cf. Tolerance?

Once again, the words of Pope Francis come to mind:

…it is the globalization of hegemonic uniformity, it is the single thought. And this sole thought is the fruit of worldliness. —POPE FRANCIS, Homily, November 18th, 2013; Zenit

Get used to it Christian! The “narrow road” that Jesus said we must walk is getting narrower. In fact, it has fast become the Way of Contradiction, because to hold fast to the truth today almost entirely contradicts the status quo. The way forward, though, is not to become as bigoted and loud as our opponents (as we sometimes see in the “right wing” of American culture). Rather, it is to do two things, as outlined in today’s readings…

We are not to become big (mouthed) but little, to become small, humble, and faithful. One day at a time, one duty at a time. Obey His moral precepts, even as the world goes the opposite direction. Constancy, not compromise. Keep your eyes on the road paved in His holy will, putting each step forward into the footprints of the martyrs before us. Even though you will be mocked for your faith (or driven from your village, as in the Middle East), know that this faithfulness is the source of every blessing:

II. Pray for those who persecute you

The temptation is to strike back at those who strike us. But Jesus says something radical in today’s Gospel:

I say to you, love your enemies, and pray for those who persecute you, that you may be children of your heavenly Father.

So by your fidelity to the truth, and by love of your enemies, your life itself will become the Way of Contradiction… a path that some will mock, others will follow, and that always leads to eternal life.

In Libya, Muslims are killing Christians whom they call “the people of the Cross.” [2]cf. www.jihadwatch.org Yes, that is precisely who we are to be.

Spend 5 minutes a day with Mark, meditating upon the daily Now Word in the Mass readings
for these forty days of Lent. It’s not too late to subscribe.