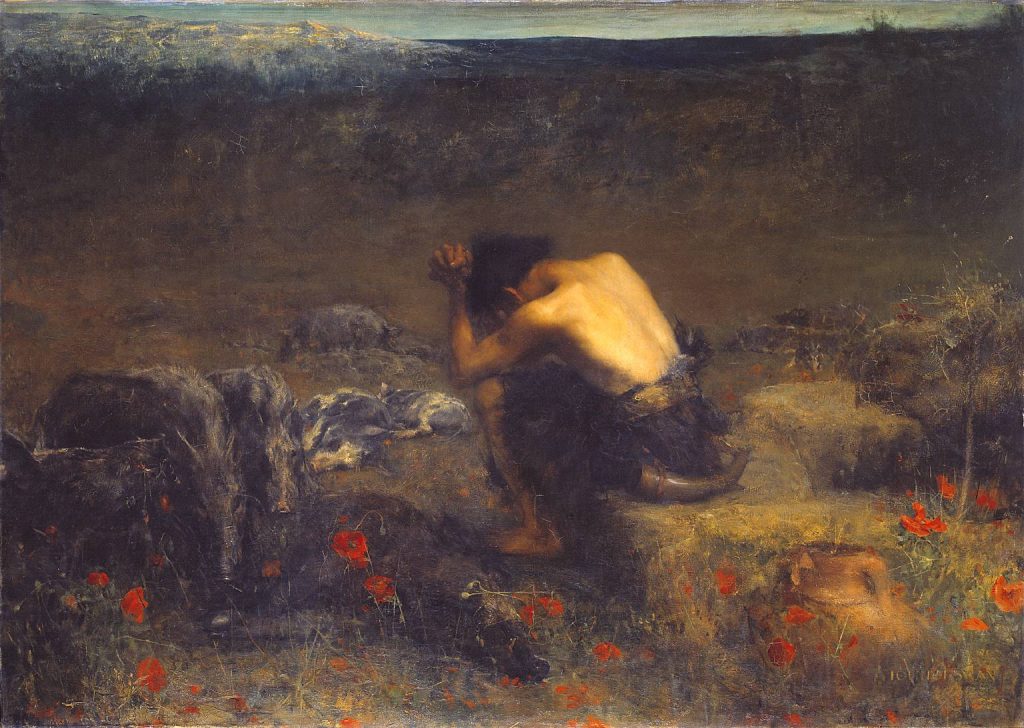 What we see unfold in the parable is not the prodigal’s father punishing his son, but the son bringing down upon himself the consequences of his rebellion. For the son takes evil as good, and good as evil. The further he goes down the path of his revolution, the deeper his blindness, the more wretched his true condition.

In all of this, we learn that the father was not waiting to strike down his son… rather he waited and longed for his return. As it says in today’s first reading:

Just as the son must exhaust himself in evil, so too will this generation. But it is precisely in that moment of desolation where I believe God is going to grant the world a “last chance” to return to Him. Many of the saints and mystics have called it a “warning” or “illumination” [2]cf. Revelation Illumination where everyone on earth will see their souls in the light of truth, as in Rev 6:12-17 [3]cf. Seven Seals of Revolution—just as the prodigal son had an illumination of his conscience. [4]cf. Luke 15:17-19 In that moment, we will face the music:

You say, “The LORD’s way is not fair!” Hear now, house of Israel: Is it my way that is unfair, or rather, are not your ways unfair? (First reading)

In God’s mercy, I believe He will grant us the opportunity to choose His way… the way Home. [5]cf. After the Illumination For this grace for the world, let us continue to offer our Lenten sacrifice.

If you, O LORD, mark iniquities, LORD, who can stand? But with you is forgiveness, that you may be revered. (Today’s Psalm)

I do not want to punish aching mankind, but I desire to heal it, pressing it to My Merciful Heart. I use punishment when they themselves force Me to do so; My hand is reluctant to take hold of the sword of justice. Before the Day of Justice I am sending the Day of Mercy…. Mankind will not have peace until it turns to the Fount of My Mercy. —Jesus to St. Faustina, Divine Mercy in My Soul, Diary, n.1588, 699

The Fullness of Sin: Evil Must Exhaust Itself

Pentecost and the Illumination