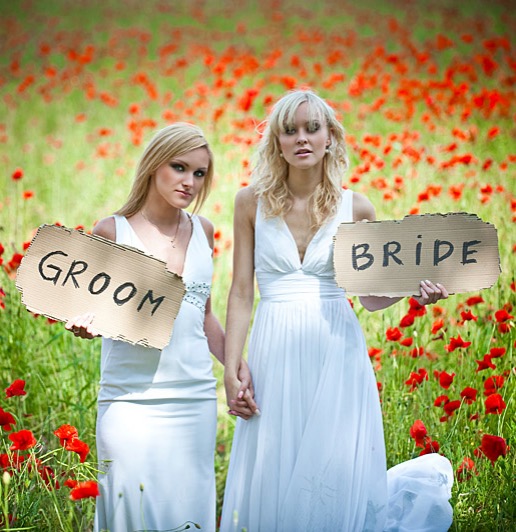 WHY? Why would the Catholic Church be against love?

That is the question many people ask when it comes to the Church’s prohibition against gay marriage. Two people want to get married because they love each other. Why not?

The Church has answered clearly, using logic and sound reason rooted in natural law, Sacred Scripture, and Tradition in two brief documents: Considerations Regarding Proposals to Give Legal Recognition to Unions Between Homosexual Persons and Letter to the Bishops of the Catholic Church on the Pastoral Care of Homosexual Persons.

The Church has answered as clearly and firmly as it does when it maintains that adultery is morally wrong as are co-habiting before marriage, stealing, or gossiping. But Pope Benedict (who was signatory of both documents) raised an important point that seems to have been forgotten:

So often the Church’s counter-cultural witness is misunderstood as something backward and negative in today’s society. That is why it is important to emphasize the Good News, the life-giving and life-enhancing message of the Gospel (cf. Jn 10:10). Even though it is necessary to speak out strongly against the evils that threaten us, we must correct the idea that Catholicism is merely “a collection of prohibitions”.  —Address to Irish Bishops; VATICAN CITY, OCT. 29, 2006

We can only understand the Church’s role as “mother and teacher” in the context of Christ’s mission:  He came to save us from our sins. Jesus came to free us from the bondage and slavery that destroys the dignity and potential of every human being made in God’s image. 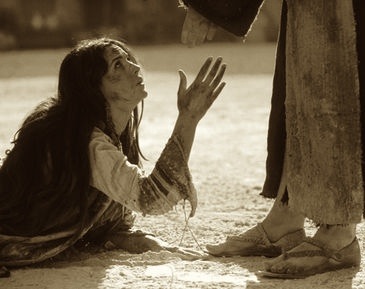 To the adulteress caught red-handed, Jesus, seeing the red-faced crowds drop their stones and walk away says, “Neither do I condemn you…”. That is,

God did not send his Son into the world to condemn the world, but that the world might be saved through Him.  (John 3:17)

Or perhaps as Pope Francis put it, “Who am I to judge?” No, Jesus ushers in the age of Mercy. But Mercy also seeks to liberate, thus speaks the truth.  So Christ says to her, “Go and sin no more.”

“…whoever does not believe has already been condemned.”

He loves us, and therefore, He wishes to free and heal us from the illusion and effects of sin.

…indeed his purpose was not merely to confirm the world in its worldliness and to be its companion, leaving it completely unchanged. —POPE BENEDICT XVI, Freiburg im Breisgau, Germany, September 25th, 2011; www.chiesa.com

Thus, when the Church proclaims the limits of the law and boundaries for human activity, she is not restricting our freedom. Rather, she is continuing to point out the guardrails and signposts which direct us safely toward true freedom.

Freedom is not the ability to do anything we want, whenever we want. Rather, freedom is the ability to live responsibly the truth of our relationship with God and with one another.  —POPE JOHN PAUL II, St. Louis, 1999

It is because of the Church’s love for the person struggling with their sexual orientation that she speaks clearly about the moral danger of following through with actions contrary to the natural moral law. She calls the person to enter into the life of Christ who is the “truth which sets us free.” She points the Way given to us by Christ Himself, that is, obedience to God’s designs—a narrow road which leads to the beatitude of eternal life. And like a mother she warns that the “wages of sin is death,” but does not forget to shout with joy the latter part of that Scripture:

…but the gift of God is eternal life in Christ Jesus our Lord.” (Romans 6:23)

THE TRUTH IN LOVE

And so, we must be clear, speaking the truth in love:  the Church is not only saying that the word “marriage” can only belong rightly to heterosexual couples; she is saying that 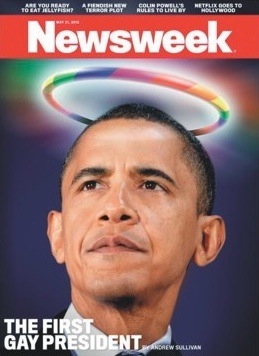 union of any sort between homosexual persons is “objectively disordered.”

Civil laws are structuring principles of man’s life in society, for good or for ill. They “play a very important and sometimes decisive role in influencing patterns of thought and behaviour”. Lifestyles and the underlying presuppositions these express not only externally shape the life of society, but also tend to modify the younger generation’s perception and evaluation of forms of behaviour. Legal recognition of homosexual unions would obscure certain basic moral values and cause a devaluation of the institution of marriage. —Considerations Regarding Proposals to Give Legal Recognition to Unions Between Homosexual Persons; 6.

It is not a cold uncompassionate commandment, but an echo of Christ’s words “Repent, for the kingdom of heaven is at hand.” The Church recognizes the struggle, but does not dilute the remedy:

…men and women with homosexual tendencies “must be accepted with respect, compassion and sensitivity. Every sign of unjust discrimination in their regard should be avoided.” They are called, like other Christians, to live the virtue of chastity. The homosexual inclination is however “objectively disordered” and homosexual practices are “sins gravely contrary to chastity.”  —Ibid. 4

So are adultery, fornication, stealing, and gossiping grave sins. The married man who falls in love with his neighbour’s wife because it “just seems so right” also cannot follow through with his inclinations, no matter how strong they are. For his (and her) actions, then, would be against the law of love that bound them in their first vows. Love, here, being not a romantic feeling, but the gift of self to the other “until the end”.

Christ desires to free us from objectively disordered inclinations—whether they are homosexual or heterosexual inclinations.

CHASTITY IS FOR ALL

The Church does not call only single persons, clergy, religious, or those with homosexual tendencies to chastity. Every man and woman is called to live chastity, even married couples. How is that, you might ask!?

The answer again lies in the true nature of love, and that is to give, not only receive. As I wrote in An Intimate Testimony, birth control is not part of God’s plan for married love for a number of reasons—purposes that are crucial to a healthy marriage. Thus, when one gets married, it is not suddenly a “free for all” when it comes to sex. A husband has to 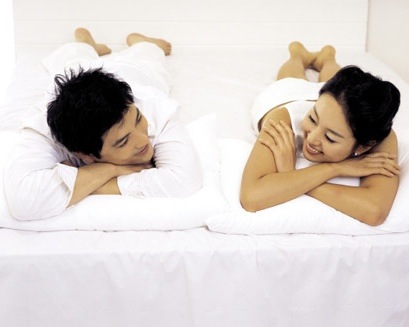 respect the natural rhythms of his wife’s body, which passes through “seasons” each month, as well as her “emotional seasons.” Just as the fields or fruit trees “rest” during winter, there are also periods when a woman’s body goes through a cycle of rejuvenation. There are seasons too when she is fertile, and the couple, while remaining open to life, may abstain at these times also so as to plan their family accordingly in a spirit of love and generosity toward children and life. [1]cf. Humanae Vitae, n. 16 During those occasions of marital chastity then, a husband and wife cultivate a deeper mutual respect and love for one another that is soul-centered as opposed to the obsessively genital-centered culture we now live in.

The Church is the first to praise and commend the application of human intelligence to an activity in which a rational creature such as man is so closely associated with his Creator. But she affirms that this must be done within the limits of the order of reality established by God. —POPE PAUL VI, Humanae Vitae, n. 16

Thus, the Church’s vision of sex is quite different than the somewhat utilitarian and ephemeral view the world holds. The Catholic vision takes into account the whole person, spiritual and physical; it recognizes the beauty and true power of sex in both its procreative and unitive dimensions; and lastly, it is a vision that integrates sex into the greater good of all, noting that what evils take place in the bedroom do in fact have an impact upon the greater society.  That is to say, the objectification of the body seen merely as a “product” that one uses, affects the way we relate to and interact with others on other levels, spiritually and psychologically. Clearly today, decades of so-called “feminism” have done little to gain the respect and dignity that belongs to every woman. Rather, our pornographic culture has debased both men and women to such a degree that the inhabitants of pagan Rome would blush. Pope Paul VI warned, in fact, that a contraceptive mentality would breed infidelity and general debasement of human sexuality. He said, quite prophetically, that if birth control were embraced…

…how easily this course of action could open wide the way for marital infidelity and a general lowering of moral standards. Not much experience is needed to be fully 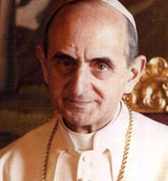 aware of human weakness and to understand that human beings—and especially the young, who are so exposed to temptation—need incentives to keep the moral law, and it is an evil thing to make it easy for them to break that law. Another effect that gives cause for alarm is that a man who grows accustomed to the use of contraceptive methods may forget the reverence due to a woman, and, disregarding her physical and emotional equilibrium, reduce her to being a mere instrument for the satisfaction of his own desires, no longer considering her as his partner whom he should surround with care and affection. —POPE PAUL VI, Humanae Vitae, n. 17

However, such a moral stance today is increasingly deemed bigoted and intolerant, even when it is spoken in gentleness and love.

There is too much clamorous outcry against the voice of the Church, and this is intensified by modern means of communication. But it comes as no surprise to the Church that she, no less than her divine Founder, is destined to be a “sign of contradiction.” …It could never be right for her to declare lawful what is in fact unlawful, since that, by its very nature, is always opposed to the true good of man.  —POPE PAUL VI, Humanae Vitae, n. 18

At the time this was first written (December, 2006), the Canadian establishment, which continues to lead the West in social experimentation, had an opportunity to reverse its decision that redefined marriage in the previous year.  However, the new “law” stands as is. Unfortunate indeed, for it has to do with the future of society, which John Paul II said “passes through the family.” And for the one who has eyes to see and ears to hear, it also has to do with freedom of speech, and the future of Christianity in Canada and other countries who are abandoning the natural moral law (see Persecution! …Moral Tsunami.)

Canada has a well-earned reputation for a generous and practical commitment to justice and peace… At the same time, however, certain values detached from their moral roots and full significance found in Christ have evolved in the most disturbing of ways. In the name of 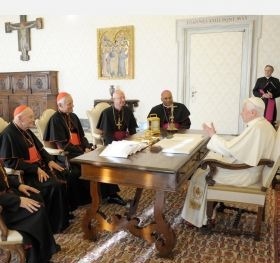 ‘tolerance’ your country has had to endure the folly of the redefinition of spouse, and in the name of ‘freedom of choice’ it is confronted with the daily destruction of unborn children. When the Creator’s divine plan is ignored the truth of human nature is lost.

False dichotomies are not unknown within the Christian community itself. They are particularly damaging when Christian civic leaders sacrifice the unity of faith and sanction the disintegration of reason and the principles of natural ethics, by yielding to ephemeral social trends and the spurious demands of opinion polls. Democracy succeeds only to the extent that it is based on truth and a correct understanding of the human person… In your discussions with politicians and civic leaders I encourage you to demonstrate that our Christian faith, far from being an impediment to dialogue, is a bridge, precisely because it brings together reason and culture.  —POPE BENEDICT XVI, Address to Bishops of Ontario, Canada, “Ad Limina” Visit, September 8th, Vatican City