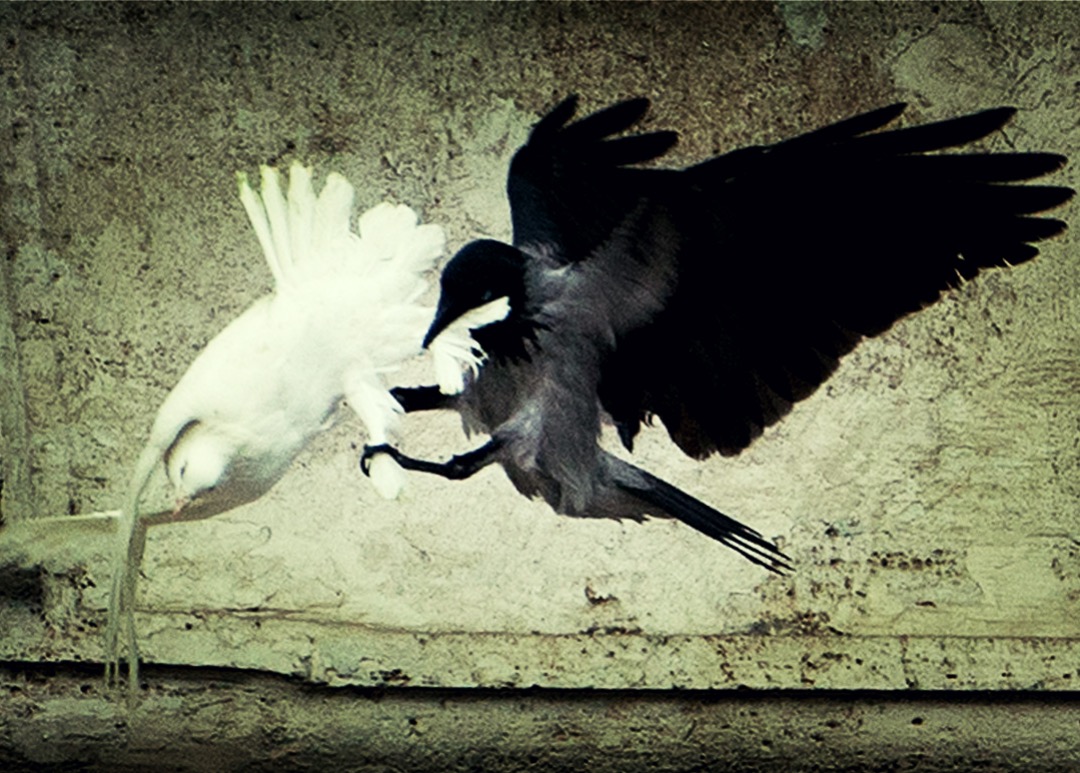 ALL over the world, hundreds of millions of Catholics gathered this past Pentecost Sunday and heard the Gospel proclaimed:

Jesus did not say “Spirit of joy” or “Spirit of peace”; He did not promise the “Spirit of love” or “Spirit of power”—although the Holy Spirit is all those. Rather, Jesus used the title Spirit of Truth. Why? Because it is truth that sets us free; it is truth which, when embraced, lived out, and shared produces the fruit of joy, peace, and love. And truth carries a power all on its own.

Truth, indeed, draws strength from itself and not from the amount of consent it arouses. —POPE BENEDICT XVI, Vatican, March 20, 2006

Truth was central to Christ’s ministry. It forms, as it were, a foundation to His entire mission:

And not only His mission, but ours. Before He ascended into Heaven, He passed the “ministry of truth” to the Apostles:

Go, therefore, and make disciples of all nations, baptizing them in the name of the Father, and of the Son, and of the holy Spirit, teaching them to observe all that I have commanded you. (Matt 28:19-20)

This is all to say, brothers and sisters, that the Church can survive without physical buildings. It can survive without candles, icons, and elaborate altars. It can endure in caves, forests, and barns. But the Church cannot exist without truth, its very bedrock. Truth, therefore, is what Satan is attacking. Truth is what the dragon desires to eclipse in order to cast the whole world into darkness. For truth is light, and without it, the very future of humanity is at risk, as Pope Benedict repeatedly warned. [1]cf. On the Eve

THE POINT OF ATTACK

Our Lord Himself taught:

Everyone who listens to these words of mine and acts on them will be like a wise man who built his house on rock. (Matt 7:24)

Christianity is not only about “faith” or belief in Christ—for even the devil believes in Jesus, but is not saved. Rather, it is faith proven in living obedience to His word. As St. James wrote:

Was not Abraham our father justified by works when he offered his son Isaac upon the altar? You see that faith was active along with his works, and faith was completed by the works. (James 2:21-22)

And this is why truth has pre-eminence in the process of our salvation. You cannot prove your faith in good works unless you are certain you know what is “good.” And you can know with certainty what is good because Jesus commissioned the Apostles to teach us precisely what it is that we are to observe. Through Apostolic succession, to this present day, these truths have been preserved in the Catholic faith—despite the sinfulness of her individual members.

What I am stating above is obvious to many of you. But it is apparently not obvious to 62 percent of Irish voters, the majority of 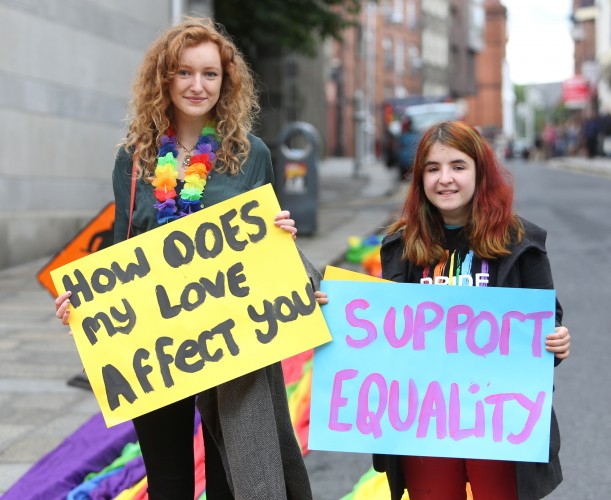 whom are Catholic and who just voted in favor of legalizing homosexual marriage. It is apparently not obvious to a number of clergy throughout the world who are pushing for changes to Church law to accommodate those who are in an objective state of mortal sin. It is apparently not obvious to a great number of Catholic educational institutions who are increasingly promoting a secular and hedonistic agenda in order to fall beneath the banner of the new religion of “Tolerance”. As Archbishop Charles Chaput said so lucidly:

The reason the Lord urgently desires to deliver us of fear and for us to pray for courage is that we’re going to need it in spades in the days ahead. Many are completely unaware how quickly our freedoms as Catholics are evaporating. Many Catholics have no idea how their flippancy toward moral absolutes is soon going to create deep and turbulent divisions within their parish communities.

The Lord has reminded me over and over again the past few weeks that what is approaching will come with the speed of the French Revolution—literally overnight. Maybe not this month; maybe not this year, but it’s coming—like a thief in the night. The words of a holy and mystical priest I know in New Boston 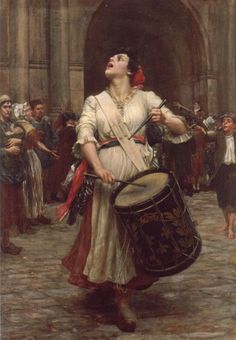 come to mind. In April, 2008, St. Thérèse de Liseux appeared to him in a dream wearing a dress for her first Communion and leading him toward the church. However, upon reaching the door, he was barred from entering. She turned to him and said:

And then in January 2009 while saying Mass, he audibly heard St. Thérèse repeat her message with more urgency:

That was six years ago. No one could have predicted that the world would be painted in rainbow colors as quickly as it has, leaving in its wake a host of persecuted Christians who have been fired, marginalized, fined and ridiculed for holding fast to the “outdated, discriminatory, and intolerant” notion that marriage between a man 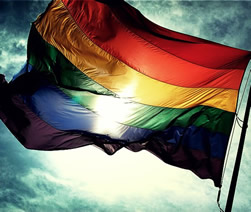 and a woman is the unique and irreplaceable foundation of society (cf. On Gay Marriage). This definition of marriage that has existed from the beginning of human history is now, apparently, wrong. If that alone does not cause our generation to give pause to its current compulsive direction, I assure you nothing will, short of the kind of awakening that revolutions eventually bring: violence (and by this I mean violence against the Church). Nor underestimate what the collapse of the currency will do to the general psyche of a population livid with “authority”. Remember the Wall Street protests a couple years ago? Churches, curiously, were also attacked during that time. It was another warning shot across the bow of Western civilization of the present and coming revolution. [2]cf. Revolution!, The Great Revolution and Global Revolution!

Sure, some will accuse me of hyperbole. Of course, I was accused of exaggeration a decade ago when I warned in Persecution!… The Moral Tsunami how the redefinition of marriage and sexuality was going to lead to a real persecution of the Church. The answer I gave then as I do now as to what serious Christians need to do at this hour is the 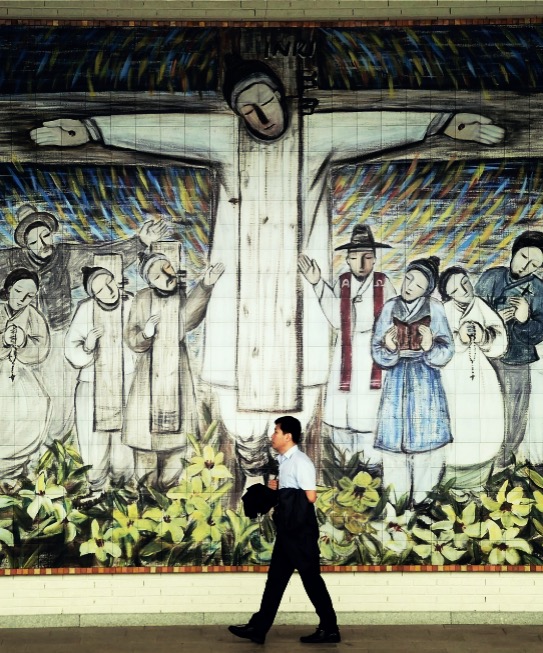 same: crawl higher upon the rock of truth. That is, position yourself above the wave of the coming Spiritual Tsunami by standing on the high ground of Sacred Tradition. The immutable faith and morals passed onto us are without error since they were transmitted through Jesus to the Apostles and their successors and preserved by the Spirit of Truth. [3]cf. The Unfolding Splendour of Truth and The Fundamental Problem If you find yourself on the other side of the fence today, in contradiction to the teachings of the Catholic Church, then the onus is on you to search your heart, to pray for the Spirit of Truth to come and to lead you into all truth. Don’t be afraid of truth! Your salvation depends upon it.

And if orthodox Catholics haven’t been challenged yet in what they believe when it comes to gay marriage, abortion rights, etc. then they need to prepare themselves. I quote again the late Fr. John Hardon who said with a certain prescience:

No less than ordinary individual Catholics can survive, so ordinary Catholic families cannot survive. They have no choice. They must either be holy—which means sanctified—or they will disappear. The only Catholic families that will remain alive and thriving in the twenty-first century are the families of martyrs. Father, mother and children must be willing to die for their God-given convictions… —The Blessed Virgin and the Sanctification of the Family, Servant of God, Fr. John A. Hardon, S.J.

Because the Lord will spit out the lukewarm, the wheat will be separated from the tares, and the sheep from the goats. There will only be two sides in this Final Confrontation: that of truth and that of anti-truth (disguised as Tolerance). As St. John taught,

It is rather startling when one reads in the Book of Revelation that along with “the unfaithful, the depraved, murderers, the unchaste, sorcerers, idol- worshipers, and deceivers of every sort” that “cowards” are also listed with those whose “lot is in the burning pool of fire and sulfur.” [5]cf. Rev 21:8

This is why, dear brothers and sisters, that the Lord has sent His Mother to us once again: to form a cenacle with her in the upper 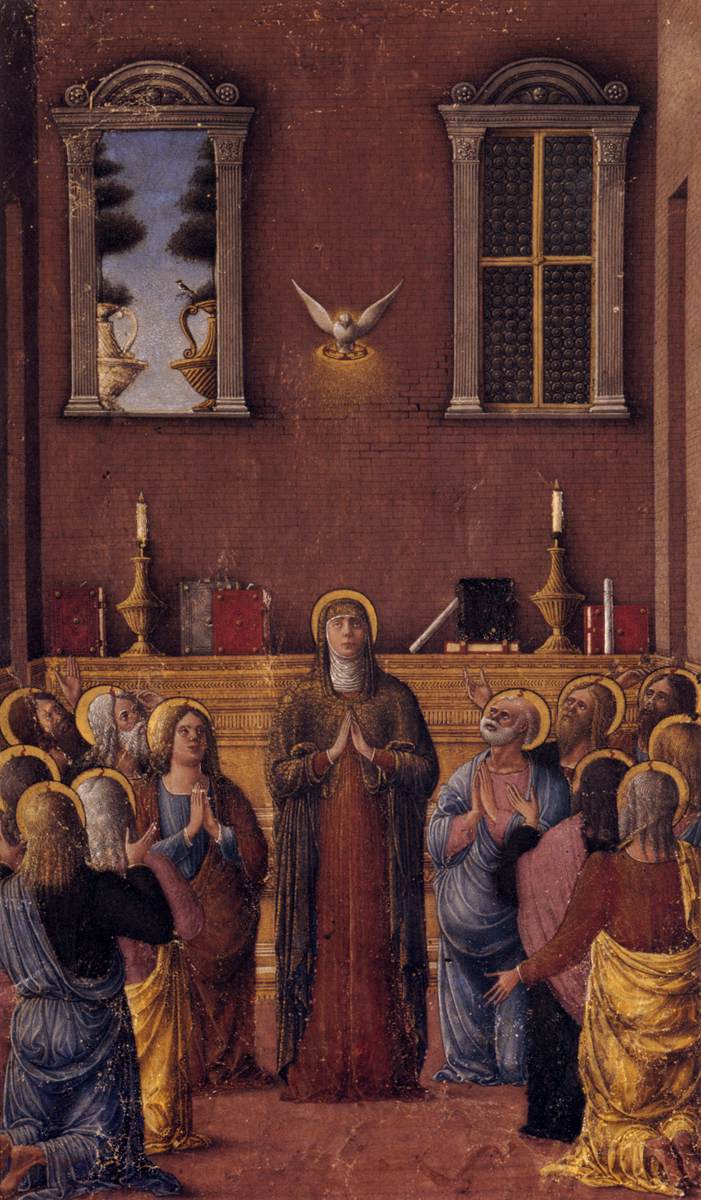 room of her heart to pray for the outpouring of the Holy Spirit. As I said last week, many of us are paralyzed in fear because we begin to wonder how in our weakness we can survive this coming persecution. The answer is that God will give us the grace in the hour we need it. For now, we are simply called to be faithful, trusting, and loving—one step at a time. [6]cf. Belle, and Training for Courage As it says in today’s first reading:

To the penitent God provides a way back, he encourages those who are losing hope and has chosen for them the lot of truth. (Sirach 17:20)

Do not be surprised, then, [Jesus] says, that I address you apart from the others and involve you in such a dangerous enterprise… the greater the undertakings put into your hands, the more zealous you must be… “Unless you are prepared for that sort of thing, it is in vain that I have chosen you. Curses shall necessarily be your lot but they shall not harm you and simply be a testimony to your constancy. If through fear, however, you fail to show the forcefulness your mission demands, your lot will be much worse.” —St. John Chrysostom, Liturgy of the Hours, Vol. IV, p. 120-122

Thanks for all your prayers and support.