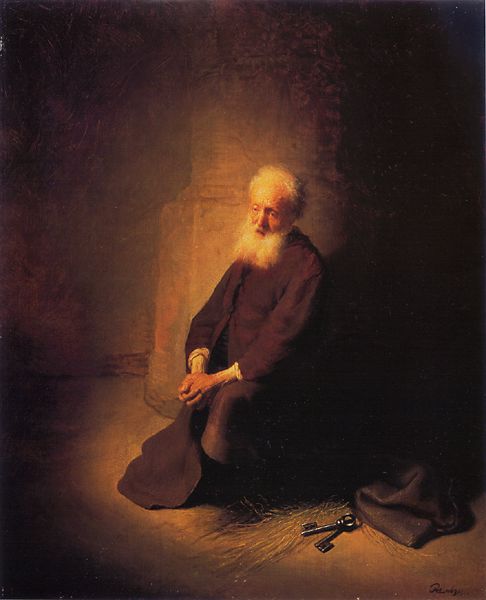 ABOUT thirteen years ago, my wife and I, both cradle-Catholics, were invited to a Baptist church by a friend of ours who was once a Catholic.

We took in the Sunday morning service. When we arrived, we were immediately struck by all the young couples. It dawned on us suddenly how few young people there were back in our own Catholic parish.

We entered the modern sanctuary and took our seats. A band began to lead the congregation in worship. The singers and musicians were about our age—and very polished. The music was anointed and the worship uplifting. Soon after, the pastor delivered his message with passion, eloquence, and power.

After the service, my wife and I were introduced to many of the couples who were there. Smiling, warm faces invited us back, not only to the service, but to the young couple’s night and another weekly praise and worship event. We felt loved, welcomed, and blessed.

When we got in the car to leave, all I could think of was my own parish… weak music, weaker homilies, and even weaker participation by the congregation. Young couples our age? Practically extinct in the pews. Most painful was the sense of loneliness. I often left Mass feeling colder than when I walked in.

As we drove away, I said to my wife, “We should come back here. We can receive the Eucharist at a daily Mass on Monday.” I was only half-kidding. We drove home confused, sad, and even angry.

That night as I was brushing my teeth in the bathroom, barely awake and floating on the events of the day, I suddenly heard a distinct voice within my heart:

But God still had to deal with me. I was upset with the malaise in the Church. Having been raised in a home where “evangelization” was a word we actually used, I had a strong awareness of the crisis of faith boiling beneath the surface of the Church in Canada. Furthermore, I was beginning to question my Catholic faith… Mary, purgatory, the celibate priesthood…. you know, the usual.

A few weeks later, we traveled to my parents place a few hours away. Mom said she had this video that I just had to watch. I plopped down in the living room by myself, and began to listen to an ex-Presbyterian pastor tell his story of how he was the most anti-Catholic intellectual he could think of. He was so miffed at Catholicism’s claims, that he decided to historically and theologically prove them wrong. Since the Catholic Church was the only Christian faith which taught that birth control is not in God’s plan and is thus immoral, he would prove them wrong.

Through diligent study of the Church Father’s, theological arguments, and the teaching of the Church, Dr. Scott Hahn discovered that the Catholic Church was right. This did not convert him, though. It made him angrier.

As Dr. Hahn attempted to debunk each of the doctrines of the Church one by one, he found a startling trend:  each of these teachings could not only be traced through the centuries in an unbroken chain of Tradition to Christ and the Apostles, but there was startling biblical basis for them.

His testimony continued. He could no longer deny the truth before him: the Catholic Church was the church Christ founded on Peter, the rock. Against his wife’s will, Dr. Hahn eventually became a Catholic, followed later by his spouse, Kimberly… then tens of thousands of Christians from several denominations, including a landslide of Protestant pastors. His testimony alone may have generated the greatest exodus into the Church since the 1500’s when Our Lady of Guadalupe’s apparition converted over 9 million Mexicans. (A free copy of Dr. Hahn’s testimony is offered here.)

Video over. Static flickering across the screen. Tears, rolling down my cheeks. “This is my home,” I said to myself. It was as though the Spirit had awakened in me the memory of two thousand years.

Something within me urged me to dig deeper. For the next two years, I poured over the Scriptures, the writings of the Church Fathers, and the tremendous materials which were emerging in a new “apologetics” movement. I wanted to see, read, and know for myself what the truth was.

I remember leaning over the Bible one day, a huge headache thumping away as I tried to understand the role of Mary in the Church. “What is it about Mary, Lord? Why is she so prominent?”

Just then, my cousin rang the doorbell. Paul, who is younger than me, asked how I was doing. As I explained to him my inner turmoil, he calmly sat on the couch and said, “Isn’t it wonderful that we don’t have to figure it out all out— that we can trust Jesus that He is leading the Apostles and their successors into all truth, just as He said He would.” (John 16:13)

It was a powerful moment, an illumination. I realized right there that even though I did not understand everything, I was safe in the arms of Mother Church. I realized that if truth was left for everyone to figure out on his own, based on his “feelings”, “discernment”, or what he senses “God saying” to him, we’d have chaos. We’d have division. We’d have thousands of denominations with thousands of “popes”, all of them claiming to be infallible, assuring us that they have the corner on truth. We’d have what we have today.

Not long after, the Lord spoke another word in my heart, just as clear, just as powerful:

Music is a doorway to evangelize…

I tuned my guitar, made some phone calls, and it began.