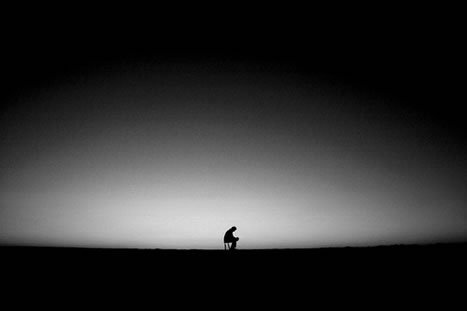 DO you feel as though you are an insignificant part of God’s plan? That you have little purpose or usefulness to Him or others? Then I hope you have read The Useless Temptation. However, I sense Jesus wanting to encourage you even more. In fact, it is crucial that you who are reading this understand: you were born for these times. Every single soul in the Kingdom of God is here by design, here with a specific purpose and role that is invaluable. That is because you make up part of “the light of the world,” and without you, the world loses a little color…. let me explain.

Jesus said, “I am the light of the world.” But then He also said:

You are the light of the world. A city set on a mountain cannot be hidden. Nor do they light a lamp and then put it under a bushel basket; it is set on a lampstand, where it gives light to all in the house. (Matt 5:14-15) 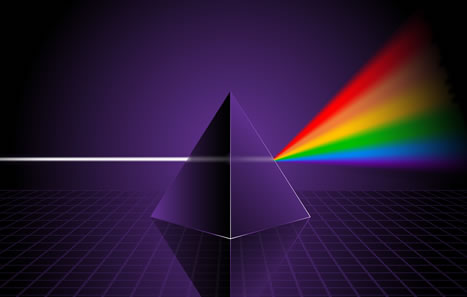 Jesus is the pure Light of the world that passes through the prism of time. That light then fractures into billions of visible colors that make up the light of the world, that is, the body of believers. Each of us, conceived in the Heart of God, is a “color”; that is, each of us plays a different role in the spectrum of Divine Will.

Psychology tells us that different colors have different effects upon moods. For instance, blues and greens can have a calming affect while reds and yellows can evoke more aggressive feelings. So too, each “color” in the Kingdom of God has its “effect” upon the world around it. So you say you are not important? What if you are, say, a “green”, for example, in terms of your talents, gifts, vocation, etc. What would the world around you be without that green? (The image below has the color green removed): 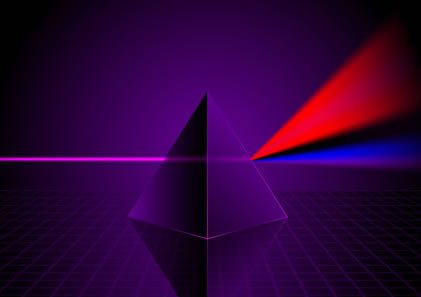 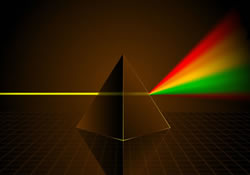 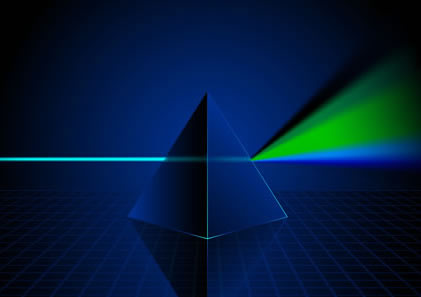 You see, each of the colors is necessary for the Original Light to have its full beauty. Likewise, I often say to people when I’m speaking in public that we don’t need another St. Therese or Francis of Assisi, so to speak. What we need is another St. “You”! What if we were all St. Therese’s? What if we were all “little roses” with her personality, her charisms, her gifts alone? Yes, what if all the world were painted her red? 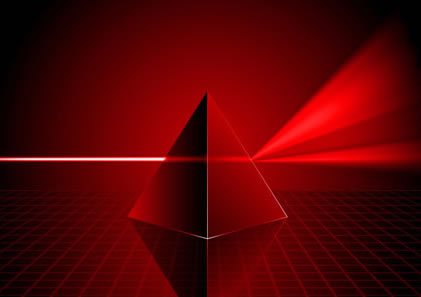 You see, all the uniqueness of the world would vanish. All the greens and blues and yellows that make the world so beautiful would be awash in red. That’s why every color is needed in order for the Church to be all it can be. And you are a sliver of God’s light.He needs your “fiat”, your “yes”, in order for His light to shine through you and cast the necessary light upon others according to His plans and divine timing. God designed you to be a certain color—it hurts Him when you say you want to be green instead of purple or that you aren’t “bright” enough to make a difference in the world. But you are speaking now as one who walks by sight and not by faith. What may seem insignificant in even one little hidden act of obedience has, in fact, eternal repercussions.

There are many, many souls who have died, gone to Heaven, and come back to earth to tell their story. Common among several testimonies is that, in the world beyond, there are colors that we have never seen before and notes in music we have never heard. Here on earth, our vision is limited; we only see so much of the spectrum of light with the eye. But in Heaven, every single sliver of light is seen. So even though the world may not recognize you; even though you may be running a small prayer group, or caring for your ill spouse, or suffering as a victim soul, or living and praying hidden from the eyes of others behind convent walls… you are a significant and necessary part of God’s light. There is no ray of His Heart that is small to Him. This, after all, is what St. Paul taught:

…even when we find ourselves in the silence of a church or in our room, we are united in the Lord with so many brothers and sisters in faith, like an ensemble of instruments that, though retaining their individuality, offer to God one great symphony of intercession, of thanksgiving and of praise. —POPE BENEDICT XVI, General Audience, Vatican City, April 25th, 2012

As my journey here in California comes to a close, I can tell you that I have seen nearly the full spectrum of God’s light in the souls I have met, from the greatest to the least. And every one of them is loved and beautiful!

When we cave in to The Useless Temptation; when we depart from God’s plan for our lives; when we live opposed to His natural order and moral laws, then His light ceases to shine in us. We are like that light that is hidden beneath a “bushel basket”—or snuffed out altogether.

What happens when different parts of the spectrum cease to shine? The visible light spectrum can be divided into three parts: red, green, and blue (symbolic of the activity of the Trinity in the world). In the image below, I have removed 80% of each of those three colors. This is the result: 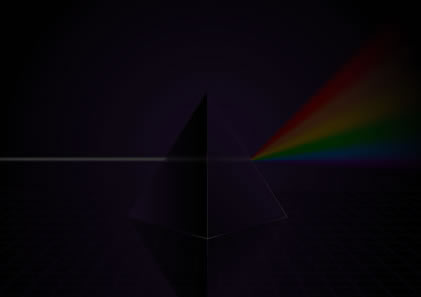 The more each part of the visible spectrum is removed, no matter what color, the darker it gets. The fewer and fewer Christians there are in the world that are living their faith, the darker the world becomes. And this is precisely what is occurring:

In our days, when in vast areas of the world the faith is in danger of dying out like a flame which no longer has fuel, the overriding priority is to make God present in this world and to show men and women the way to God. Not just any god, but the God who spoke on Sinai; to that God whose face we recognize in a love which presses “to the end” (cf. Jn 13:1)—in Jesus Christ, crucified and risen. The real problem at this moment of our history is that God is disappearing from the human horizon, and, with the dimming of the light which comes from God, humanity is losing its bearings, with increasingly evident destructive effects. —Letter of His Holiness Pope Benedict XVI to All the Bishops of the World, March 10, 2009; Catholic Online

Brothers and sisters, the world is not getting darker because Satan is growing in power. It is getting darker because Christians are shining less and less! Darkness cannot expel light; only light scatters the darkness. That is why it is absolutely necessary that you shine where you are, whether it’s in the trades, education, politics, civil service, the Church—it does not matter. Jesus is needed in every field, in every corner of the marketplace, in every institution, team, company, school, rectory, convent or home. At Easter, the Holy Father pointed out how the field of technology, because it is being guided less and less by the light of truth, is now posing a danger to our world.

If God and moral values, the difference between good and evil, remain in darkness, then all other “lights”, that put such incredible technical feats within our reach, are not only progress but also dangers that put us and the world at risk. —POPE BENEDICT XVI, Easter Vigil Homily, April 7th, 2012 (emphasis mine)

Jesus needs you to begin to shine through the light of child-like faith, obedience, and humility—exactly where you are—even if by human appearances, your light casts only a short distance. Indeed, a tiny candle in a huge, dark auditorium, still casts a light that can be seen. And in a world that is growing darker and darker by the day, perhaps that will be enough for even one lost soul groping for the light of hope…

…be blameless and innocent, children of God without blemish in the midst of a crooked and perverse generation, among whom you shine like lights in the world, as you hold on to the word of life… (Phil 2:15-16) 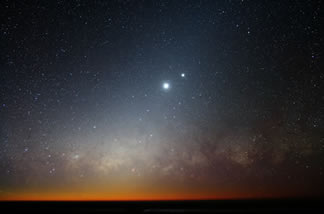 Whoever humbles himself like this child is the greatest in the kingdom of heaven… If anyone wishes to be first, he shall be the last of all and the servant of all. (Matt 18:4; Mark 9:35)