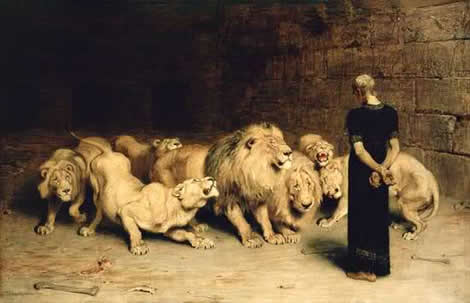 FRANKLY, “ecumenism” is not a word that invokes a lot of positive connotations. It has often been associated with interdenominational Masses, watered down theology, and other abuses in the wake of  the Second Vatican Council.

In a word, compromise.

So when I speak of ecumenism, I understand why some readers have their hackles up. But ecumenism is not a swear word. It is the movement toward fulfilling the prayer of Christ that we would “all be one.” Unity is based on the inner life of the Holy Trinity. Thus, it is an absolute scandal that baptized Christians who profess Jesus as Lord should be separated.

Given the seriousness of the counter-witness of division among Christians… the search for paths to unity becomes all the more urgent… If we concentrate on the convictions we share, and if we keep in mind the principle of the hierarchy of truths, we will be able to progress decidedly towards common expressions of proclamation, service and witness. —POPE FRANCIS, Evangelii Gaudium, n. 246

Finding common ground does not mean compromise. In the hierarchy of truths, our common ground is in the sacrament(s) of initiation:

I remember several years ago participating in a “March for Jesus.” Thousands of Christians marched through the streets of the city, carrying banners, singing songs of praise, and declaring our love for the Lord. As we arrived at the legislature grounds, Christians from every denomination raised their hands in the air and praised Jesus. The air was absolutely saturated with the presence of God. The people beside me had no idea I was a Catholic; I had no idea what their background was, yet we felt an intense love for one another… it was a taste of heaven. Together, we were witnessing to the world that Jesus is Lord.

But authentic ecumenism also means that we do not hide our differences or obscure the truth “for the sake of peace”—the error of indifferentism. Authentic peace is dependent upon truthfulness, otherwise, the house of unity is being built on sand. It is worth repeating what Pope Francis wrote:

Do not complain, brothers and sisters, about one another, that you may not be judged… because the Lord is compassionate and merciful. (First reading)

Merciful and gracious is the LORD, slow to anger and abounding in kindness. (Today’s Psalm)

If you find yourself in front of – imagine! – in front of an atheist, and he tells you he doesn’t believe in God, you can read him a whole library, where it says that God exists and even proving that God exists, and he will not have faith. But if in the presence of this atheist you bear consistent witness of Christian life, something will begin to work in his heart. It will be your witness that will… bring this restlessness on, which the Holy Spirit works. —POPE FRANCIS, Homily, Feb. 27th, 2014, Casa Santa Marta, Vatican City; Zenit. org

But as Jesus shows us in the Gospel today, love does not compromise the truth. Another way to say it is, if God is love, and Jesus said “I am the truth”, He cannot compromise Himself. Ironically, the Church is set to discuss the question of divorcees and the reception of the sacraments; several European clergyman want the guidelines changed. But one of the new cardinals appointed by Pope Francis rightly points out, we simply cannot.

Yes, I am writing to you in “ink” drawn from the blood of the martyrs, poured out by popes, spilled by saints, shed by Jesus Christ. A great price has been paid so that the world may know the truth, the whole truth, and that the truth may set them free.

It is God’s will for “everyone to be saved and to come to knowledge of the truth” [3]cf. 1 Tim 2:4— the fullness of truth. Thus, as Catholics, we have no right to compromise a single letter of the dogmas of our Faith, but every obligation to make them known so that others may come to “know the love of Christ that surpasses knowledge, so that [they] may be filled with all the fullness of God.” [4]cf. Eph 3:19

Authentic ecumenism is a good place to start.