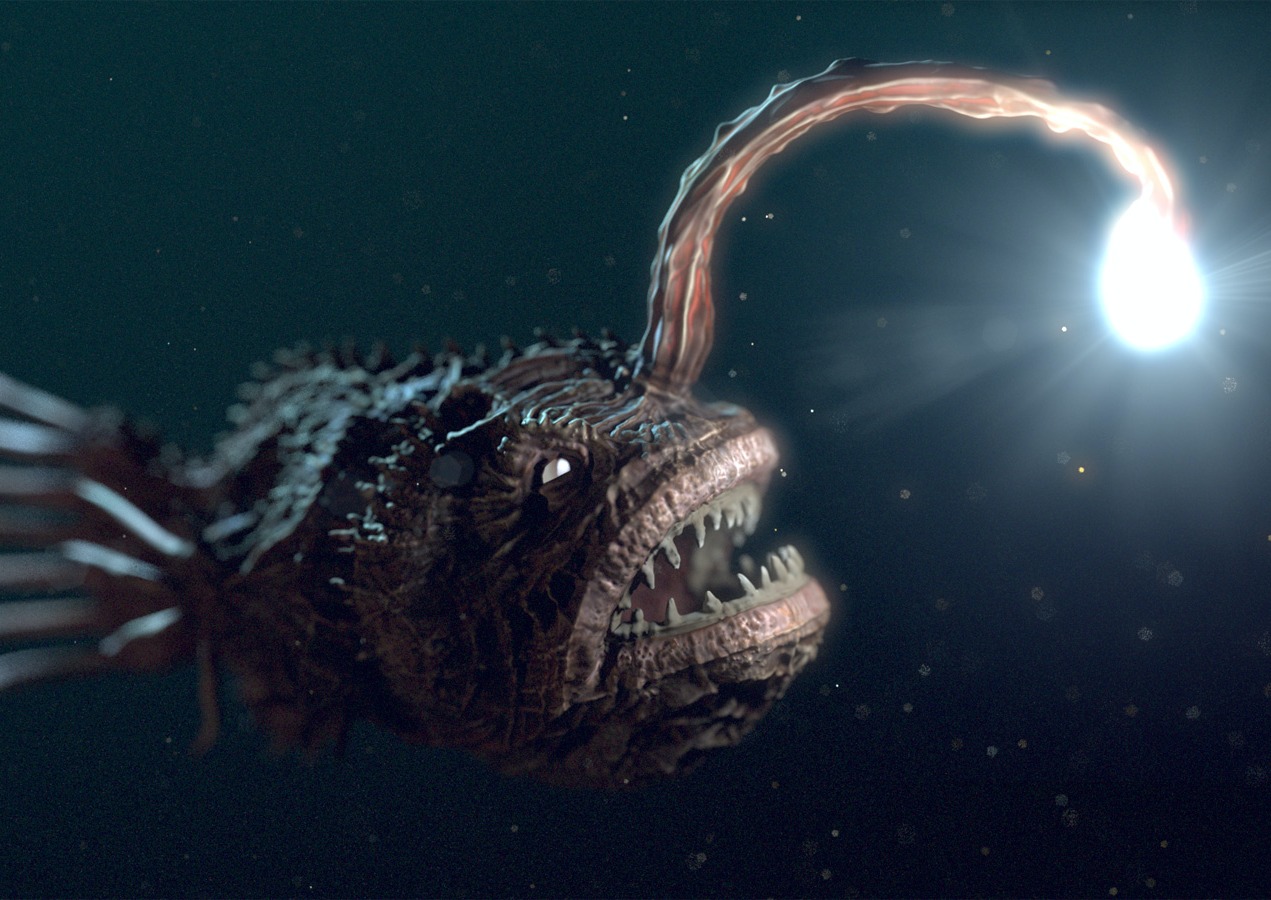 WHEN I heard several months ago about Oprah Winfrey’s aggressive promotion of New Age spirituality, an image of a deep sea angler came to mind. The fish suspends a self-illuminated light in front of its mouth, which attracts prey. Then, when the prey takes enough interest to get close…

Several years ago, the words kept coming to me, “The gospel according to Oprah.” Now we see why.

Last year, I warned about a remarkable Deluge of False Prophets, all of them taking direct aim at Catholic morals or beliefs. Whether it’s in art, or whether it’s in television or film media, the attack is becoming more fierce. It’s goal is ultimately to not only mock Catholicism, but to discredit it to such a degree that even the faithful will begin to doubt their beliefs. How can we fail to notice the fevered pitch raising itself against the Church?

False messiahs and false prophets will arise, and they will perform signs and wonders so great as to deceive, if that were possible, even the elect. (Matt 24:24)

In a prophetic word which is coming to pass, the Lord spoke to me several years ago saying that He had “lifted the restrainer.” That is, the restrainer which holds back, ultimately, the Antichrist (see The Restrainer). But first, said St. Paul, there must come the “rebellion” or “apostasy” (2 Thess 2:1-8).

Apostasy, the loss of the faith, is spreading throughout the world and into the highest levels within the Church. —POPE PAUL VI, Address on the Sixtieth Anniversary of the Fatima Apparitions, October 13, 1977

In a talk given by Fr. Joseph Esper, he outlines the stages of persecution:

Experts agree that five stages of a coming persecution can be identified:

(1) The targeted group is stigmatized; its reputation is attacked, possibly by mocking it and rejecting its values.

(2) Then the group is marginalized, or pushed out of the mainstream of society, with deliberate efforts to limit and undo its influence.

(3) The third stage is to vilify the group, viciously attacking it and blaming it for many of society’s problems.

(4) Next, the group is criminalized, with increasing restrictions placed on its activities and eventually even its existence.

(5) The final stage is one of outright persecution.

Many commentators believe the United States is now in stage three, and moving into stage four. —www.stedwardonthelake.com

THE MODERN POPES: PREPARING THE CHURCH

In informal remarks given in 1980, Pope John Paul allegedly said:

We must be prepared to undergo great trials in the not-too-distant future; trials that will require us to be ready to give up even our lives, and a total gift of self to Christ and for Christ. Through your prayers and mine, it is possible to alleviate this tribulation, but it is no longer possible to avert it, because it is only in this way that the Church can be effectively renewed. How many times, indeed, has the renewal of the Church been effected in blood? This time, again, it will not be otherwise. We must be strong, we must prepare ourselves, we must entrust ourselves to Christ and to His Mother, and we must be attentive, very attentive, to the prayer of the Rosary. —interview with Catholics at Fulda, Germany, Nov. 1980; www.ewtn.com

But the Holy Father also said something crucial in his statement to the American Bishops when he addressed them as a cardinal in 1976. That this…

…final confrontation between the Church and the anti-Church, of the Gospel and the anti-Gospel… lies within the plans of divine providence. —reprinted November 9, 1978, issue of The Wall Street Journal; [italics my emphasis]

That is to say: God’s in charge! And we already know that the victory lies with Christ until all of his “enemies are placed beneath His feet.” Thus,

In this eschatological perspective, believers should be called to a renewed appreciation of the theological virtue of hope… —POPE JOHN PAUL II, Tertio Millenio Advente, n. 46

This is why I believe Pope Benedict’s latest encyclical, Spe Salvi (“Saved by Hope”) is not a mere treatise on a theological virtue. It is a powerful word to reinkindle in believers this present and future hope which awaits us. It is not a word of blind optimism, but one of certain reality. The present and coming battle we face as believers has been planned by Divine Providence. God is in charge. Christ will never take His eye off of His Bride, and will, in fact, glorify her as He too was glorified through His sufferings.

How many times should I repeat the words “be not afraid“? How many times can I warn of the present and coming deception, and the necessity to stay “sober and alert”? How often should I write that in Jesus and Mary, we have been given refuge?

I know there is coming a day when I will no longer be able to write you. Let us listen carefully then to the Holy Father, praying the Rosary, and fixing our eyes on Jesus in the Blessed Sacrament. In these ways, we will be more than prepared!

The greatest battle of our time is drawing nearer and nearer. What a great grace it is to be alive today!

History, in fact, is not alone in the hands of dark powers, chance or human choices. Over the unleashing of evil energies, the vehement irruption of Satan, and the emergence of so many scourges and evils, the Lord rises, supreme arbiter of historical events. He leads history wisely towards the dawn of the new heavens and the new earth, sung in the final part of the book under the image of the new Jerusalem (see Revelation 21-22). —POPE BENEDICT XVI, General Audience, May 11, 2005

…suffering is never seen as the last word but rather, as a transition towards happiness; indeed, suffering itself is already mysteriously mingled with the joy that flows from hope. —POPE BENEDICT XVI, General Audience, August 23rd, 2006