THE NOW WORD ON MASS READINGS
for October 21st, 2017
Saturday of the Twenty-Eighth Week in Ordinary Time 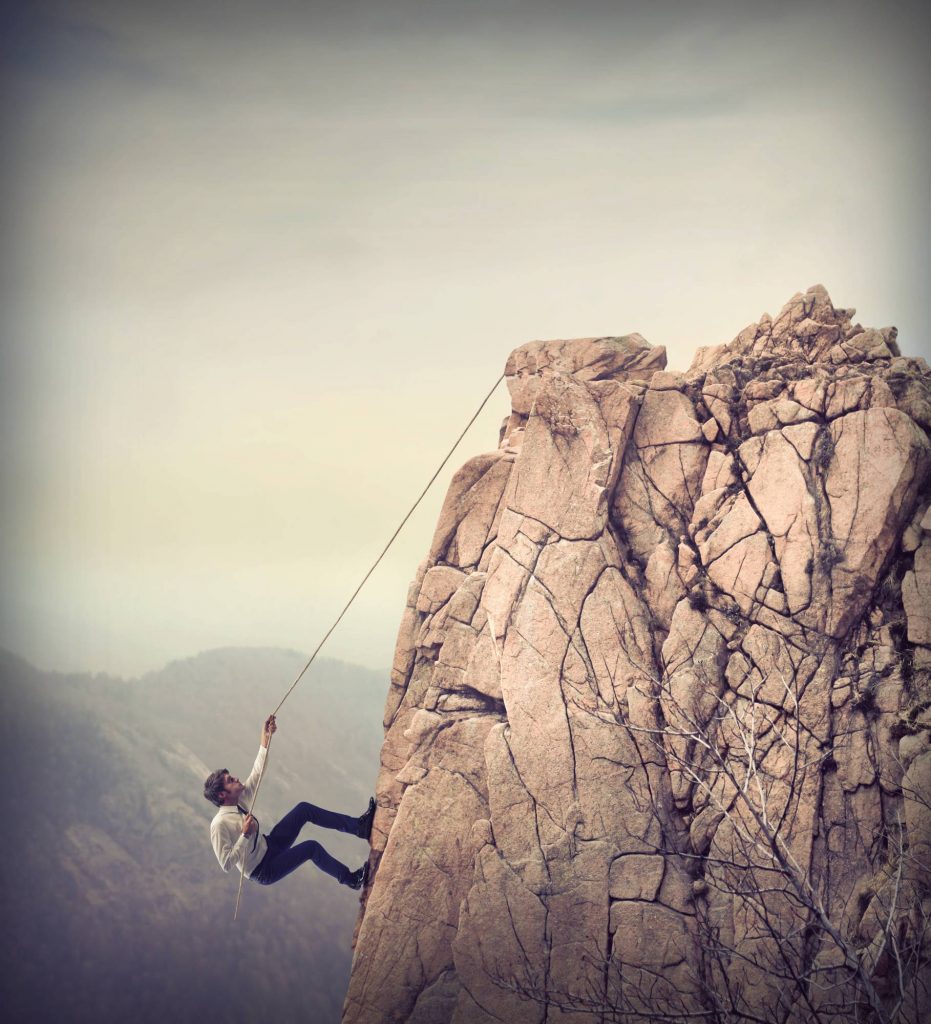 IT can be a terrifying thing to feel your faith in Christ waning. Perhaps you are one of those people.

You have always believed, always felt that your Christian faith was important… but now, you are not so sure. You have prayed to God for help, relief, healing, a sign… but it seems as if there is no one listening on the other end of the line. Or you have experienced a sudden reversal; you thought God was opening doors, that you had correctly discerned His will, and all of a sudden, your plans collapse. “What was that all about?”, you wonder. Suddenly, everything feels random…. Or perhaps a sudden tragedy, a painful and brutal illness, or other unbearable cross has suddenly appeared in your life, and you wonder how a loving God could permit this? Or permit starvation, oppression, and the child abuse that continues every second of every day? Or maybe, like St. Thérèse de Lisieux, you have encountered the temptation to rationalize everything away—that miracles, healings, and God Himself are nothing but the constructs of the human mind, psychological projections, or the wishful thinking of the weak.

And hence, creeps in the doubt: the Catholic faith is nothing but a clever system of human origin, devised to oppress and control, to manipulate and coerce. Moreover, the scandals of the priesthood, the cowardice of the clergy, or the sins of “faithful” lay folk seem further proof that the Gospel of Jesus, as lovely as it is, is powerless to transform.

Moreover, you cannot turn on the radio, TV, or computer today without the news or entertainment acting as if everything you were ever taught in the Church about marriage, sexuality, and life itself is so completely out of touch that to be heterosexual, pro-life, or believe in traditional marriage is tantamount to being an intolerant and dangerous freak. And so you wonder… maybe the Church has it wrong? Maybe, just maybe, the atheists have a point.

I suppose one could write a book in response to all these worries, objections, and arguments. But today, I will keep it simple. God’s answer is the Cross: “Christ crucified, a stumbling block to Jews and foolishness to Gentiles.” [1]1 Cor 1:23 Where did Jesus ever say that faith in Him meant you would never suffer again, never be betrayed, never be hurt, never be disappointed, never be ill, never doubt, never fatigue, or never stumble? The answer is in Revelation:

He will wipe every tear from their eyes, and there shall be no more death or mourning, wailing or pain, for the old order has passed away. (Revelation 21:4)

That’s right. In eternity. But on this side of Heaven, Jesus’s very life on earth reveals that suffering, persecution, and even the sense of abandonment at times is part of the journey:

Certainly, the early Christians understood this.

They strengthened the spirits of the disciples and exhorted them to persevere in the faith, saying, “It is necessary for us to undergo many hardships to enter the kingdom of God.” (Acts 14:22)

I know that after my departure savage wolves will come among you, and they will not spare the flock. (Acts 20:29)

But then, Jesus was not spared by His own either. After all that Judas witnessed—the extraordinary teaching, the healings, the raising of the dead—he sold his soul for thirty pieces of silver. I tell you, Christians are selling their souls for much less today!

In today’s first reading, St. Paul speaks about the faith of Abraham who “believed, hoping against hope, that he would become the father of many nations.”  As I look over the horizon upon the past 2000 years, I see many things that I cannot humanly explain. How, not only the remaining Apostles, but millions after them were martyred for their faith with nothing to gain in earthly terms. I marvel how the Roman Empire, and nation after nation thereafter, were transformed by the Word of God and the witness of these martyrs. How the most corrupt of men and cruelest of women were suddenly changed, their worldly paths abandoned, and their riches sold or distributed to the poor “for the sake of Christ.” How at the “name of Jesus”—not Mohammad’s, Buddha’s, Joseph Smith’s, Ron Hubbard’s, Lenin’s, Hitlers, Obama’s or Donald Trump’s—tumors have evaporated, addicts have been liberated, the lame have walked, the blind have seen, and the dead have been raised—and continue to be to this hour. And how in my own life, when faced with utter hopelessness, despair, and darkness… suddenly, inexplicably, a ray of divine Light and Love that I could not conjure on my own, has pierced my heart, renewed my strength, and even let me soar on eagles’ wings because I clung to the mustard-sized seed of faith rather than turn away.

In today’s Gospel Acclamation, it says, “The Spirit of the truth will testify to me, says the Lord, and you also will testify.” I have come to see something in our times that both disturbs my soul, and yet, gives me a strange peace, and it this: Jesus never said that everyone would believe in Him. We know, without a doubt, that He gives every single human being an opportunity to accept or reject Him in ways known only to Him. And thus He says,

An atheist said to me recently that I was simply afraid to admit the truth. I smiled, as he tried to project his personal experience and fears on me. No, what I’m afraid of is to be so stupid, so stubborn, so self-centred and vain as to deny my personal experience of Jesus Christ, who has manifested His presence in so many ways; to deny the overwhelming evidence of His power at work through twenty-one centuries; to deny the power of His Word and the truth which has liberated countless souls; to deny the living icons of the Gospel, those Saints through whom Jesus has made Himself present in power, actions, and words; to deny an institution, the Catholic Church, that has had Judases, thieves, and traitors in every generation, and yet, still, somehow, commands the respect of kings, presidents, and prime ministers while transmitting her 2000 year old doctrines unaltered. Moreover, I have seen enough of what the materialists, rationalists, and other “enlightened” have brought to the table, such that they prove Christ’s words over and over again: you shall know a tree by its fruit.

…they do not accept the “Gospel of Life” but let themselves be led by ideologies and ways of thinking that block life, that do not respect life, because they are dictated by selfishness, self-interest, profit, power, and pleasure, and not by love, by concern for the good of others. It is the eternal dream of wanting to build the city of man without God, without God’s life and love—a new Tower of Babel… the Living God is replaced by fleeting human idols which offer the intoxication of a flash of freedom, but in the end bring new forms of slavery and death. —POPE BENEDICT XVI, Homily at Evangelium Vitae Mass, Vatican City, June 16th, 2013; Magnificat, January 2015, p. 311

Yes, as the world today rapidly throws off the “shackles of Catholicism”, clearly, we see new shackles in the forms of technology, oppressive economic systems, and unjust laws tightening and tightening and tightening around humanity. And so, brothers and sisters, who will be light in this present darkness? Who will be the ones to stand fast and say, “Jesus is alive! He lives! His Word is true!”? Who will be the “white” and “red” martyrs who, when this present order collapses, will be the ones whose blood will become the seedbed for a new springtime?

God did not promise us an easy life, but grace. Let us pray, then, for the grace to hope against all hope. To be faithful.

…many forces have tried, and still do, to destroy the Church, from without as well as within, but they themselves are destroyed and the Church remains alive and fruitful… she remains inexplicably solid… kingdoms, peoples, cultures, nations, ideologies, powers have passed, but the Church, founded on Christ, notwithstanding the many storms and our many sins, remains ever faithful to the deposit of faith shown in service; for the Church does not belong to popes, bishops, priests, nor the lay faithful; the Church in every moment belongs solely to Christ.—POPE FRANCIS, Homily, June 29th, 2015; www.americamagazine.org