THE NOW WORD ON MASS READINGS
for April 10th, 2014
Thursday of the Fifth Week of Lent 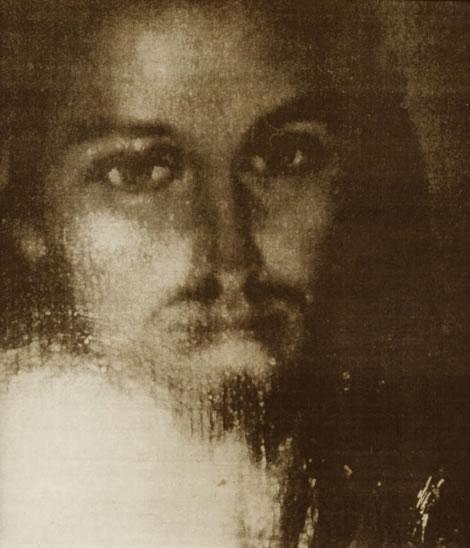 MUSLIMS believe He is a prophet. Jehovah’s Witnesses, that He was Michael the archangel. Others, that He is just a historical figure, and yet others, a mere myth.

But Jesus is God.

Only a selective reading of the Bible, or an intentional distortion of the written Word, changes what is clearly written. After a long debate with the Jews, it is only when Jesus reveals for certain His identity that they suddenly wish to stone Him:

Amen, amen, I say to you, before Abraham came to be, I AM. (Today’s Gospel)

Jesus uses the term “I AM”, which in Hebrew means Yahweh—the name God designated to Himself before Moses in Sinai:

So it was blasphemous to the unbelieving Jews who immediately wanted to kill Him. They had another chance in the Garden of Gethsemane, where again, Jesus applies the name Yaweh to Himself—and with no little affect on His listeners:

The truth that Jesus, the “Word of God”, existed before all creation was clearly expounded by the Apostle John, who opened His Gospel saying:

And in John’s Apocalypse, Jesus applies a title to himself that was used by God in the book of Isaiah where He says, “I am the first, I am the last; there is no God but me.” [1]cf. Is 44:6 Several times, Jesus used the same designation:

Remarkably, without even seeing Jesus, Elizabeth prophetically identified the child in her cousin Mary’s womb, calling Him “my Lord.” [2]cf. Lk 1:43 St. Paul attests that Jesus came “in the form of God.” [3]cf. Phil 2:6 And when Thomas places his fingers in Christ’s side after His resurrection, Jesus does not rebuke him when Thomas cries out, “My Lord and my God!” [4]cf. Jn 20:28 Indeed, when John falls down to worship the angel who showed him the overwhelming revelations that he recorded, the angel stops him saying: ““Don’t! I am a fellow servant of yours…” [5]cf. Rev 22:8

Of course, if you’ve ever stood at the door with a Jehovah’s Witness, you’ll soon begin to see how these Scriptures are twisted and distorted to mean something they’re not. So then the question really becomes, what did the early Church believe before the Bible even came into being in the 4th century?

Ignatius, also called Theophorus, to the Church at Ephesus in Asia… chosen through true suffering by the will of the Father in Jesus Christ our God… For our God, Jesus Christ, was conceived by Mary... —Ignatius of Antioch (A.D. 110) Letter to the Ephesians, 1, 18:2

Indeed, the God who made a covenant with Abraham descended Himself in the flesh to bring about the new and everlasting covenant—Jesus, the second person of the Holy Trinity.