THE NOW WORD ON MASS READINGS
for August 18th, 2017
Friday of the Nineteenth Week in Ordinary Time 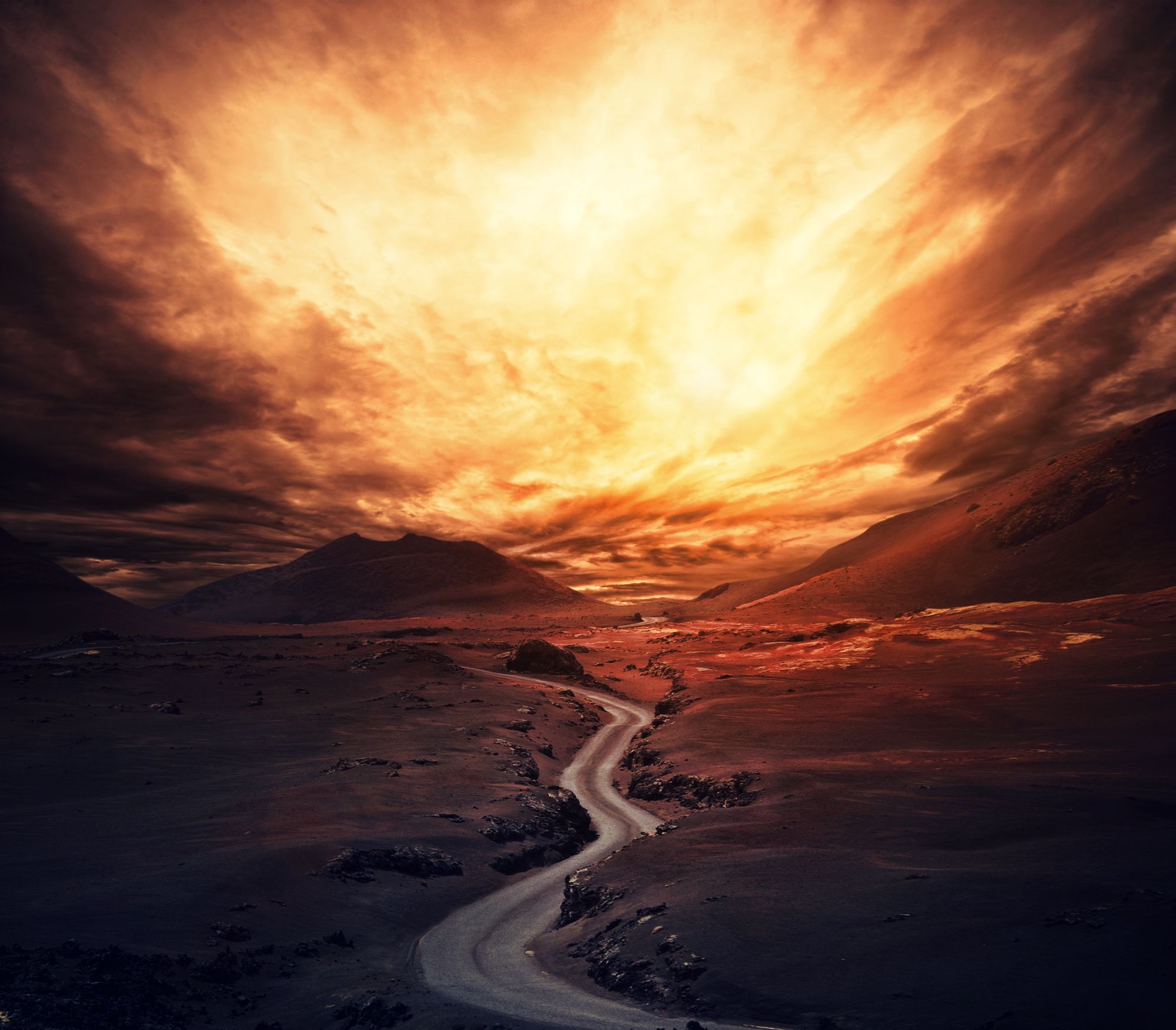 THE whole of the Old Testament is a kind of metaphor for the New Testament Church. What unfolded in the physical realm for the People of God is a “parable” of what God would do spiritually within them. Thus, in the drama, stories, triumphs, failures, and journeys of the Israelites, are hidden the shadows of what is, and is to come for Christ’s Church…

These are shadows of things to come; the reality belongs to Christ. (Col 2:17)

Think of the Immaculate womb of Mary as the beginning of a new heavens and new earth. It was in that fertile soil that Christ was conceived, the New Adam. Think of the first thirty years of His life as a preparation for when He would liberate His people. This is prefigured in Noah, to Joseph, to Abraham, until Moses—all types of Christ. Just as Moses parted the Red Sea and, at last, delivered His people from the slavery of Pharoah, so too, the heart of Christ was rent open by the spear, delivering His people from the power of sin and Satan. 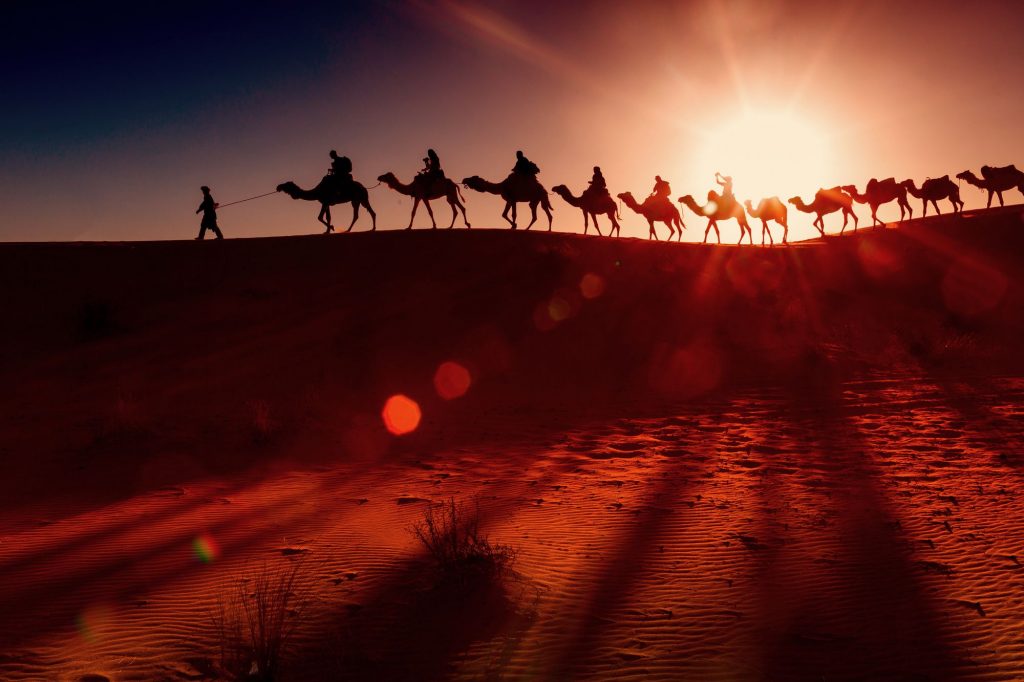 But the deliverance of the Israelites from Egypt was only the beginning. They were led into the desert where God would purify them for forty years, preparing them to enter the Promised Land. There, in the desert, God would reveal to them their hardened hearts while feeding them manna, and quenching their thirst from the waters of a rock. Likewise, the Cross was only the opening act of the redemption of mankind. God would then lead His people, the Church, through the long desert road of purification, feeding them with His Precious Body and Blood, until they would reach the “Promised Land”. But what is this “Promised Land” of the New Testament? We might be tempted to say “Heaven”. But that is only partially true…

As I explained in The Plan of the Ages, the plan of redemption is to bring about within the hearts of God’s People a “Promised Land” whereby the original harmony of creation is restored. But Just as the Israelites were not without trials, temptation, and hardships in the Promised Land, neither is the “era of peace” to which God is leading the Church going to be without that state of human weakness, free will, and concupiscence that is a perennial aspect of the human condition since the fall of the first Adam. Even though John Paul II spoke frequently of a “new dawn”, a “new springtime” and “new Pentecost” for mankind, neither did he indulge in a new millenarianism, as if a coming Era of Peace would be the realization of the physical Paradise on earth.

Human life will continue, people will continue to learn about successes and failures, moments of glory and stages of decay, and Christ our Lord always will, until the end of time, be the only source of salvation. —POPE JOHN PAUL II, National Conference of Bishops, January 29th, 1996;www.vatican.va

Still, as The Teachings of the Catholic Church say, we are not without…

…a hope in some mighty triumph of Christ here on earth before the final consummation of all things. Such an occurrence is not excluded, is not impossible, it is not all certain that there will not be a prolonged period of triumphant Christianity before the end… If before that final end there is to be a period, more or less prolonged, of triumphant sanctity, such a result will be brought about not by the apparition of the person of Christ in Majesty but by the operation of those powers of sanctification which are now at work, the Holy Ghost and the Sacraments of the Church. —The Teaching of the Catholic Church: A Summary of Catholic Doctrine, London Burns Oates & Washbourne, p. 1140

In today’s first reading, Joshua recounts the fulfillment of the blessings of the Promised Land. 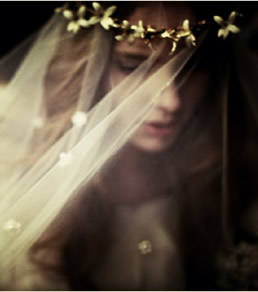 …the church in splendor, without spot or wrinkle or any such thing, that she might be holy and without blemish… (Eph 5:27)

When Jesus was quizzed by the Pharisees in today’s Gospel as to why Moses permitted divorce, He replied:

Because of the hardness of your hearts Moses allowed you to divorce your wives, but from the beginning it was not so.

Jesus went on, then, to reaffirm what God always intended from the beginning: that a man and woman remain faithfully united until death do them part. Here we also see foreshadowed the union of Christ with His Church:

Have you not read that from the beginning the Creator made them male and female and said, For this reason a man shall leave his father and mother and be joined to his wife, and the two shall become one flesh? (Today’s Gospel)

God has, in a certain sense, overlooked the adultery and idolatry of the Body of Christ the past 2000 years because of our own hardness of heart. I say, “overlooked” in the sense that He has tolerated a blemished Bride. But now, the Lord is saying, “No more. I desire for myself a pure and faithful Bride who loves me with her whole heart, soul, and strength.” And thus, we have arrived at the end of this era, and the beginning of the next, as we begin to “cross the threshold of hope”… a threshold over which the Groom will carry His Bride into an Era of Peace. Thus, through purification, persecution… in a word, the Cross… the Church must herself pass in order to become the Bride she must be. Jesus explained this progression of the Church throughout the centuries,  ie. “the desert”, to Servant of God Luisa Piccarreta.

To one group of people he has shown the way to get to his palace; to a second group he has pointed out the door; to the third he has shown the staircase; to the fourth the first rooms; and to the last group he has opened all the rooms… —Jesus to Luisa, Vol. XIV, November 6th, 1922, Saints in the Divine Will by Fr. Sergio Pellegrini, with the approval of the Archbishop of Trani, Giovan Battista Pichierri, p. 23-24

Give thanks to the LORD of lords… who led his people through the wilderness… who smote great kings… and made their land a heritage, for his mercy endures forever… (Today’s Psalm) 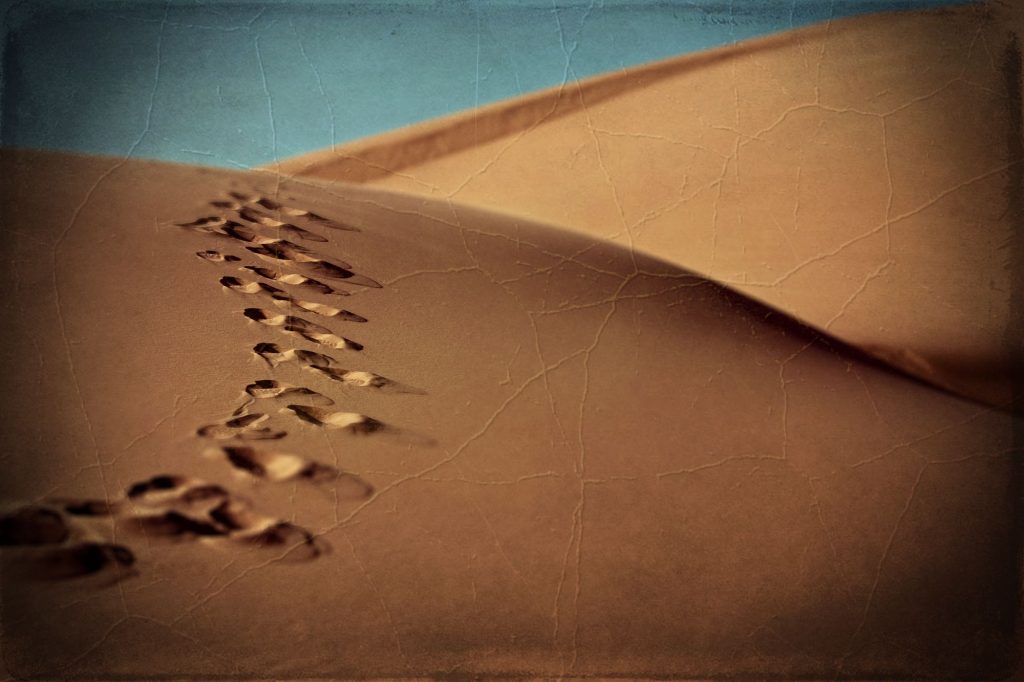 Let go, then, my brothers and sisters, of the temporal things of this age. Let go of the (false) security to which you cling, and hold fast alone to Jesus Christ, your Groom. It seems to me that we are on the verge of this transition to an Era of Peace, and thus, the verge of that purification necessary for the Church to enter her last stages before the Final Coming of Christ at the end of time.

Once again, I repeat: Look to the East as we await the coming of Jesus to renew His Bride.

May justice and peace embrace at the end of the second millennium which prepares us for the coming of Christ in glory. —POPE JOHN PAUL II, Homily, Edmonton Airport, September 17th, 1984;www.vatican.va

The good will be martyred; the Holy Father will have much to suffer; various nations will be annihilated. In the end, my Immaculate Heart will triumph. The Holy Father will consecrate Russia to me, and she shall be converted, and a period of peace will be granted to the world. —Our Lady of Fatima, The Message of Fatima, www.vatican.va

Yes, a miracle was promised at Fatima, the greatest miracle in the history of the world, second only to the 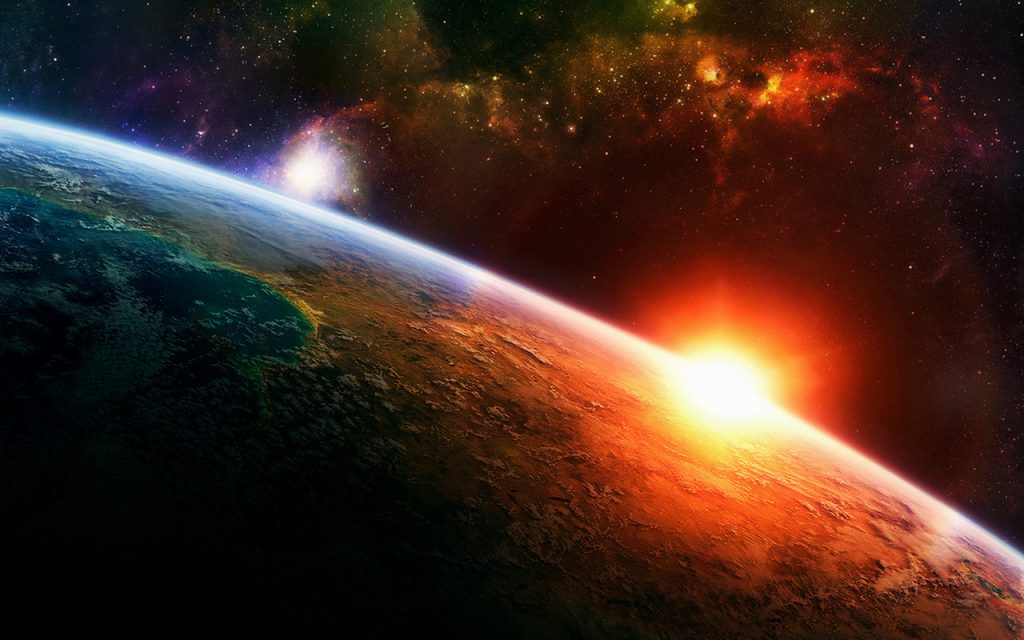 Resurrection. And that miracle will be an era of peace which has never really been granted before to the world. —Cardinal Mario Luigi Ciappi, papal theologian for Pius XII, John XXIII, Paul VI, John Paul I, and John Paul II, October 9th, 1994; Family Catechism, (Sept. 9th, 1993); page 35

Out from the mournful groans of sorrow, from the very depths of the heart-rending anguish of oppressed individuals and countries there arises an aura of hope. To an ever-increasing number of noble souls there comes the thought, the will, ever clearer and stronger, to make of this world, this universal upheaval, a starting point for a new era of far-reaching renovation, the complete reorganization of the world. —POPE PIUS XII, Christmas Radio Message, 1944

So, the blessing foretold undoubtedly refers to the time of His Kingdom… Those who saw John, the Lord’s disciple, [tell us] that they heard from him how the Lord taught and spoke about these times…—St. Irenaeus of Lyons, Church Father (140–202 A.D.); Adversus Haereses, Irenaeus of Lyons, V.33.3.4, The Fathers of the Church, CIMA Publishing

Posted in HOME, THE ERA OF PEACE, ALL.